Anyone who used Microsoft Windows throughout the early 2000s probably remember the many sounds of these operating systems. One place you probably don’t expect to hear them is from an a capella group. Whether it be the Windows XP Home Edition shutdown, Windows Vista startup theme, recycle bin, “USB In” / “USB Out”, the MayTree group from Korea has them covered, without the use of a computer. What could be next? Possibly some Mac OS sounds if there are any notable sounds worth recreating. Read more for the video and additional information.

On a related note, did you know that development of Windows XP actually began in the late 1990s as “Neptune”, an operating system (OS) built on the Windows NT kernel, despite it being released on August 24, 2001? However, an updated version of Windows 2000 was also originally planned for the business market, but both projects were scrapped in favor of a single OS codenamed “Whistler”, which means that Windows XP was the first consumer edition of Windows not to be based on MS-DOS. 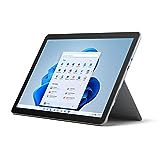