South Korean musician and actor Ji Chang Son has filed a lawsuit against Tesla in the U.S. District Court in the Central District of California claiming that when he was pulling into the driveway in September, his Model X accelerated on its own into his garage. He wrote in the lawsuit: “The vehicle spontaneously began to accelerate at full power, jerking forward and crashing through the interior wall of the garage, destroying several wooden support beams in the wall and a steel sewer pipe, among other things, and coming to rest in Plaintiffs’ living room.” Continue reading for pictures of the aftermath and more information. 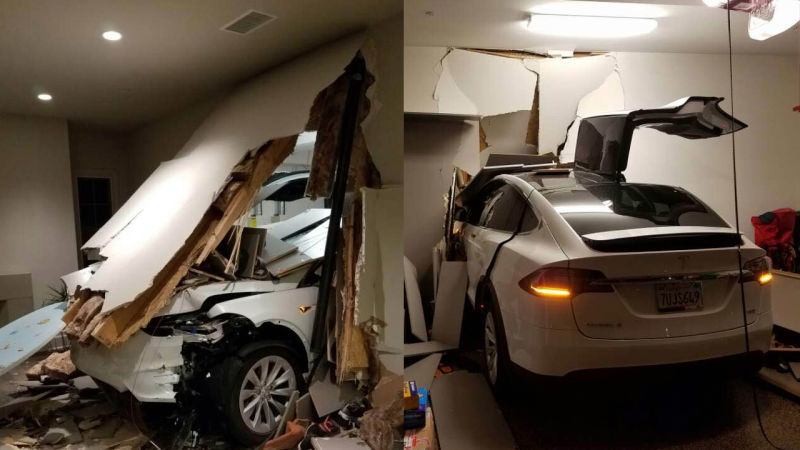 “Son appears to blame a mixture of the car’s electronic brain and its autonomy systems, while absolving himself of any responsibility for the incident. But the facts of the matter don’t really point in that direction at all. They – and the other cases Son cites�all seem to point in a more human direction,” according to Jalopnik.

Netgear Arlo VMC3040 Q-1080P Security Camera Has Audio and Cloud Storage, Get One for Under $140 Shipped – Today Only

Photographer Travels to Oymyakon, the Coldest Village on Earth Where Temps Drop to -71.2C