Matt Reeves’ “The Batman” is a certified blockbuster and will be hard to top in 2022, that is until Doctor Strange in the Multiverse of Madness is released. However, there are still some fans who believe Robert Pattinson was not the right choice to play Bruce Wayne / Batman, but what if Adam West played the character in his prime? Visual effects masters Corridor Digital shows us just that.

Corridor didn’t just stop at replacing Robert Pattinson, as they also swapped Paul Dano’s Riddler for actor Frank Gorshin and substitutes urgess Meredith for Colin Farrell’s Oswald Cobblepot / Penguin. The 1960s Batmobile also makes an appearance during infamous chase sequence with the Penguin, as well as glimpses of Robin (Burt Ward) and the Batcopter. On the other hand, Robert Pattinson’s Batman screen test shows exactly why he was chosen for the role. 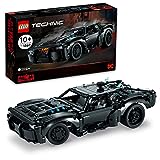