Photo credit: Staff Sgt. Michael B. Keller, U.S. Air Force
Aerial refueling is just as crazy as it sounds, and to be more specific, refers to the process of transferring aviation fuel from one military aircraft (the tanker) to another (the receiver) mid-flight. The two main refueling systems are probe-and-drogue, and the flying boom, the latter which offers faster fuel transfer, but requires a dedicated boom operator station. This procedure enables receiving aircraft to remain airborne longer, extending its range or loiter time on station. Read more for another video, more pictures and information. 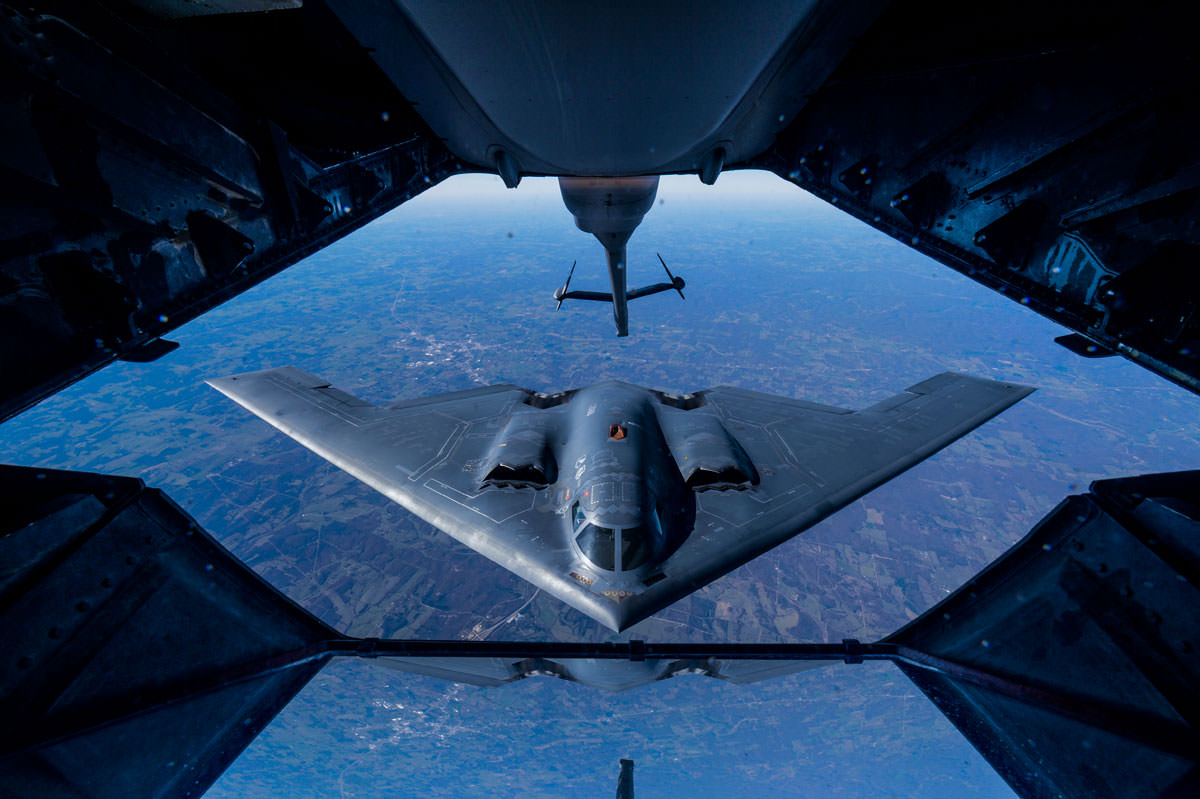 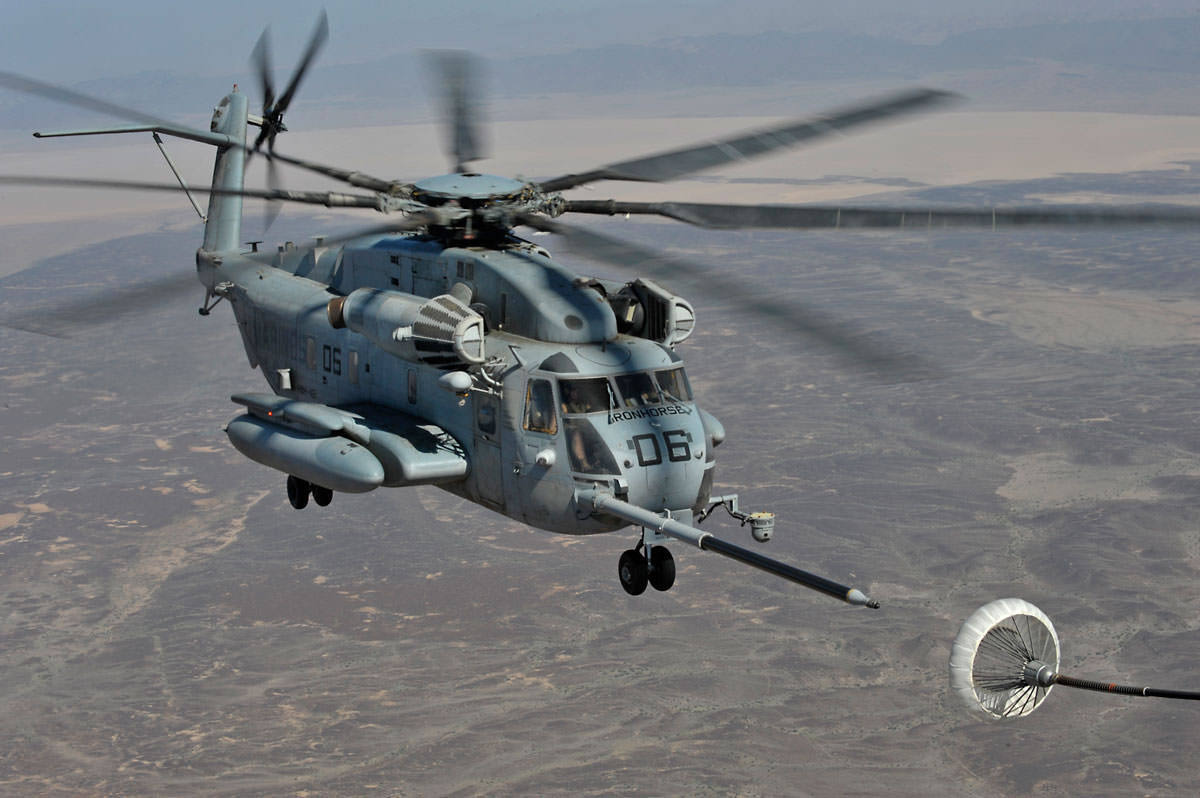 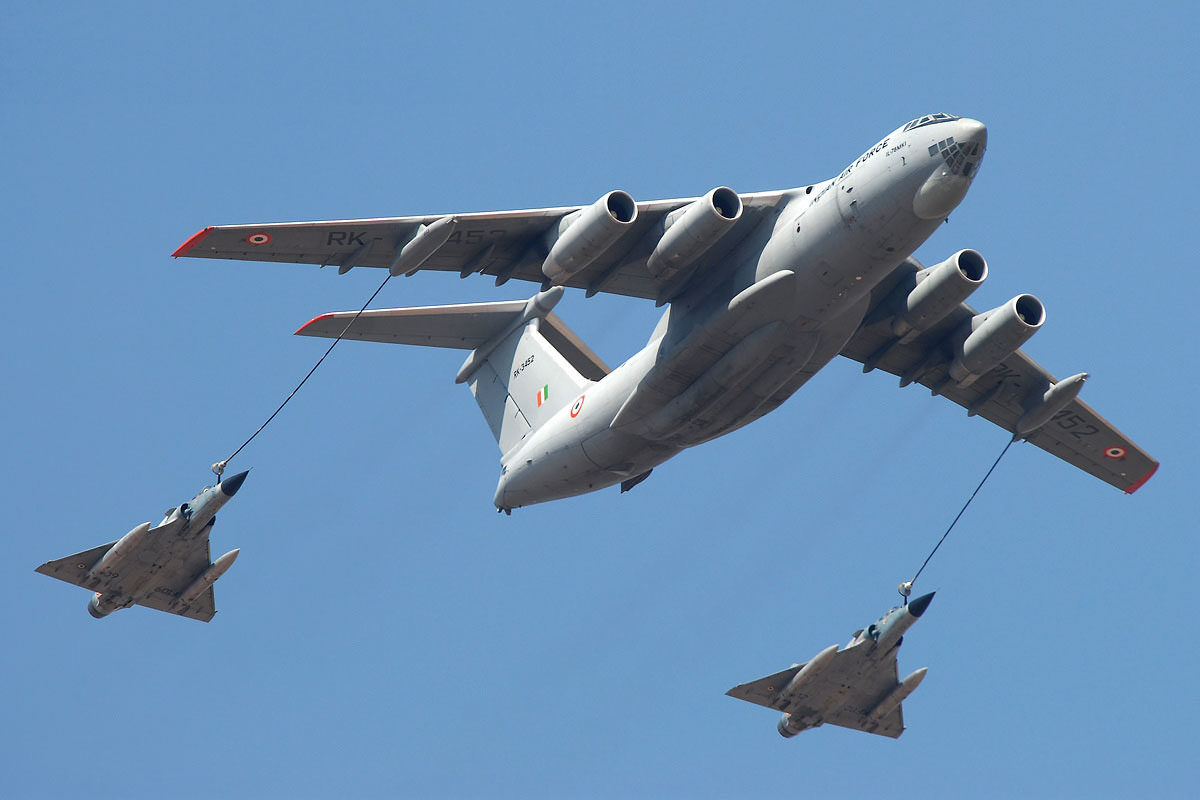 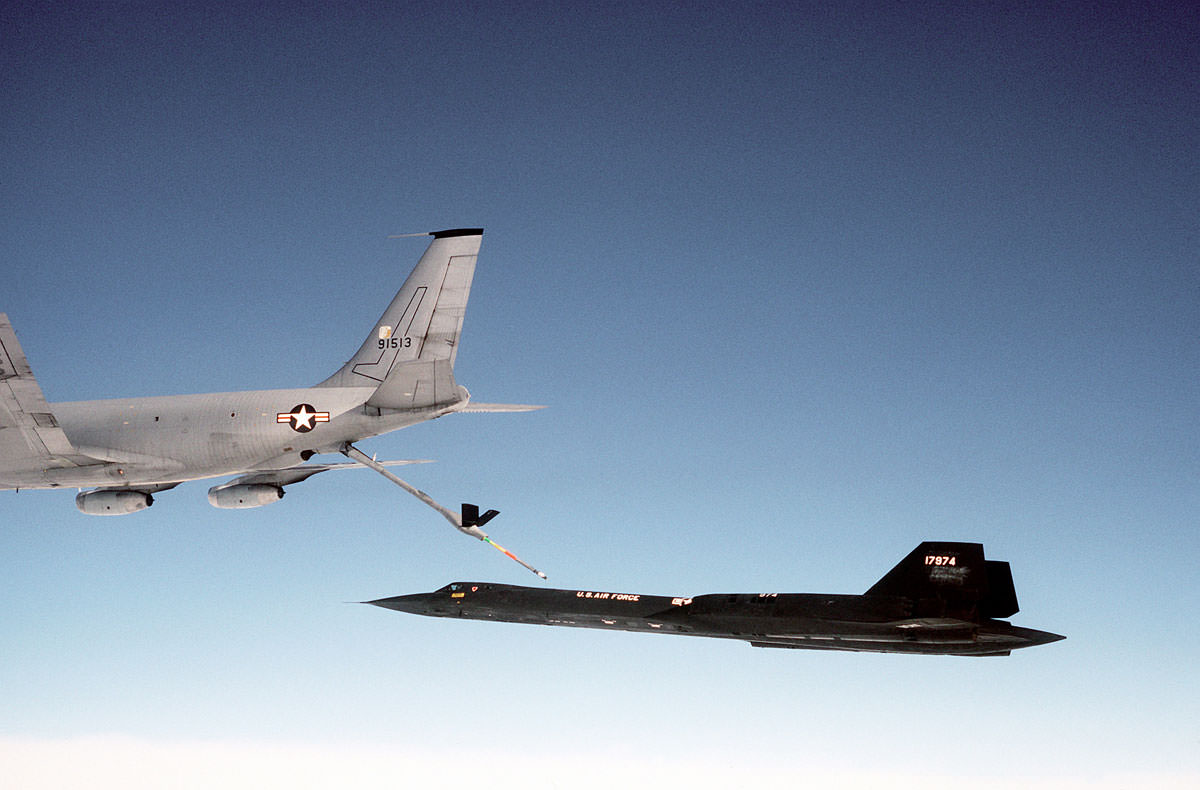 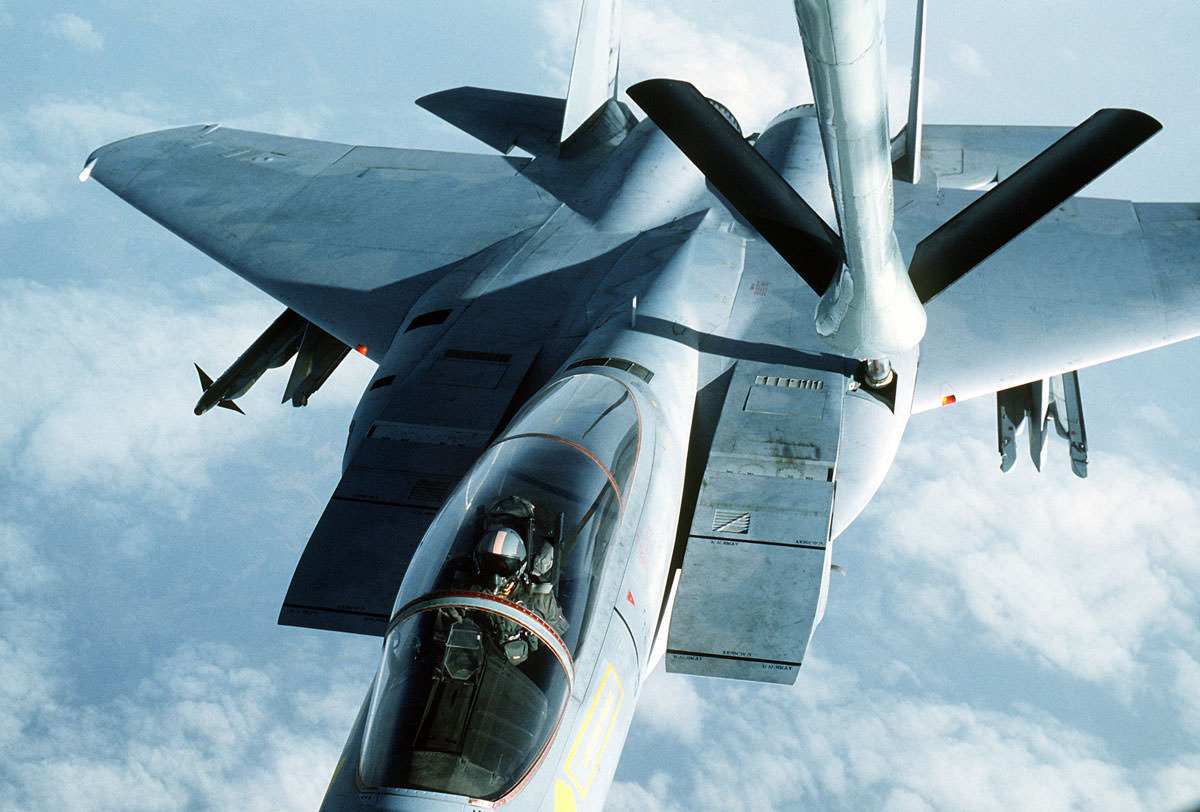 In normal situations, the aircraft providing the fuel is specially designed for the task, although refueling pods can be fitted to existing aircraft designs if the “probe-and-drogue” system is to be used. One caveat: the high cost of the refueling equipment on both tanker / receiver aircraft and the specialized aircraft handling of the aircraft to be refueled means that it’s only being used in military operations.