Photo credit: Peta Pixel
Ever wonder what it was like roaming the streets of New York City back in 1911? Swedish company Svenska Biografteatern sent a team around the world to capture footage of well-known places during that time, including New York City. They managed to take footage of the Statue Of Liberty, Manhattan Bridge, Battery Park, the Flatiron Building, Madison Avenue, the elevated railway lines at Bowery and Worth Streets, different parts of Broadway, and more. Read more for a video showing an AI upscaled and colorized version.

The Museum Of Modern Art restored the original 9-minute video for an exhibit in 2018 for Svenska Biografteatern’s travelogue series, but now, video editor Denis Shiryaev has managed to upscale it to 60 FPS and 4K resolution using neural networks. Let’s just say this is as close as you’ll get to visiting New York City over 100-years-ago. 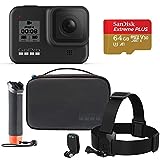