Software support team manager Nick O’Donoghue snapped a perplexing image at 30,000-feet, which shows a figure that resembles the robot from the animated movie The Iron Giant. “I was flying back from a work ski trip in Austria, I was on the window seat with two work colleges beside me. They were talking like crazy and I was gazing out the window, as you do. I could see this figure in the distance in front of us and then as we flew closer this shape appeared. I asked the ladies beside me to look at it too in case I was seeing things. They too were amazed! I then took some pictures and then the aircraft slowly passed it. It was in view for about two minutes as it was a good bit away in the distance. To me it looked like the Michelin man but to be honest I have no idea what it was,” said O’Donoghue. Continue reading for two enhanced images of the object. 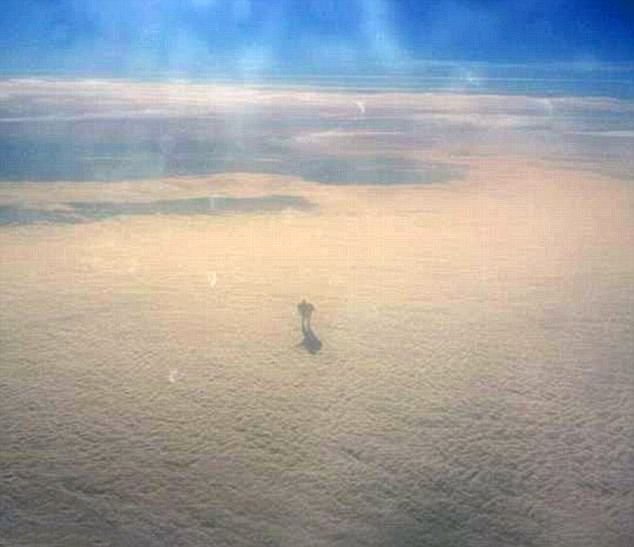 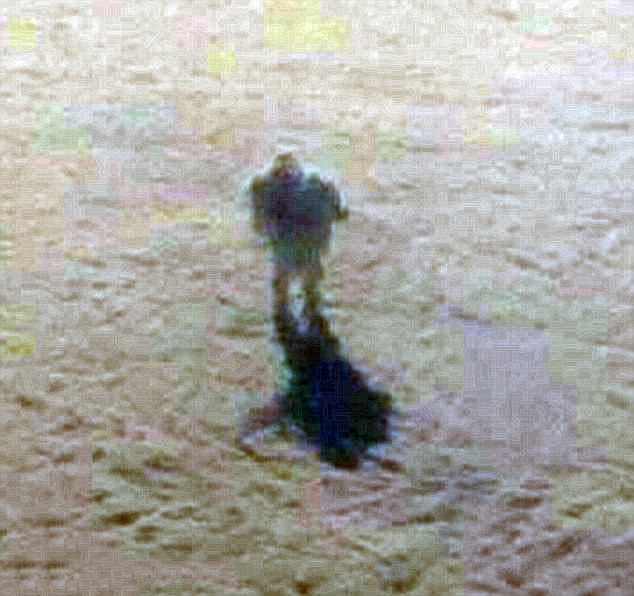 “Some comments online said it was smoke stacks below and the heat from them pushed up the layer of clouds, but I don’t think so as they looked very close together. Probably just a funky cloud formation but I’d love for someone who knows about clouds to see it and try and explain,” adds O’Donoghue.

Need a Backup Tablet? Get Dragon Touch’s Y88X Plus 7″ Quad-Core Tablet for Under $50 Shipped – Today Only

Cat Learns How to Use Camera and Becomes Master of Selfies, Hilarity Ensues