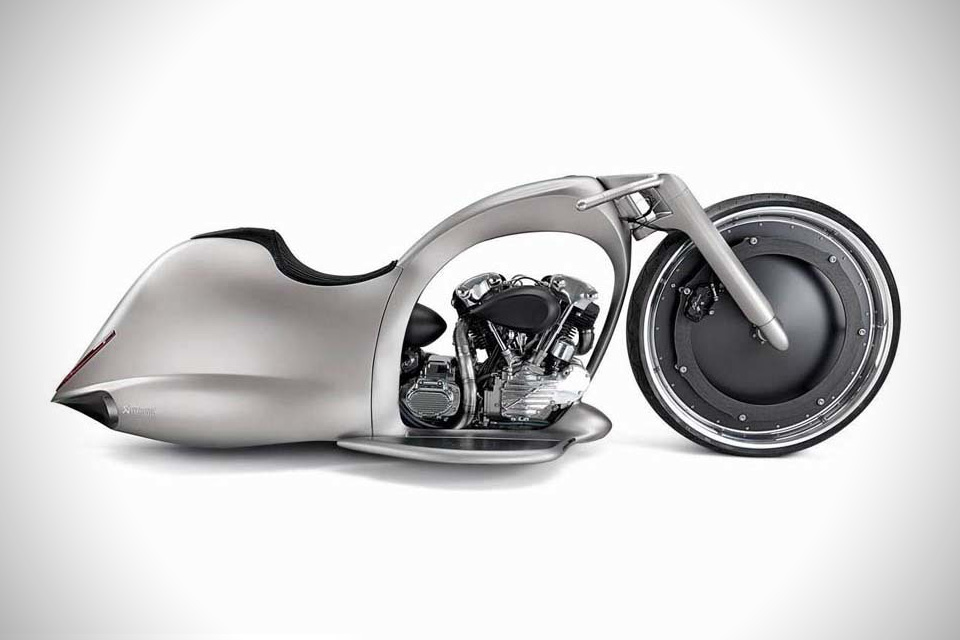 Making its debut at the Bad Salzuflen Custombike Show in Germany, the Akrapovic Full Moon looks like something straight from a sci-fi flick. The name came about due to its completely visible aluminum frame and a carbon thirty-inch front wheel, giving it the appearance of a full moon. Unfortunately (or fortunately), there’s no word yet on if it will go into production, or estimated pricing. Continue reading for more pictures and information.

“The frame and bodywork are made entirely of sheet metal and form an extension to the exhausts. An S&S Knucklehead 1,524 cc engine and two modified custom-made Akrapovic exhausts ostensibly give it its gusto, and yeah, that’s definitely something we’d like to see in action at some point,” says Hi Consumption.