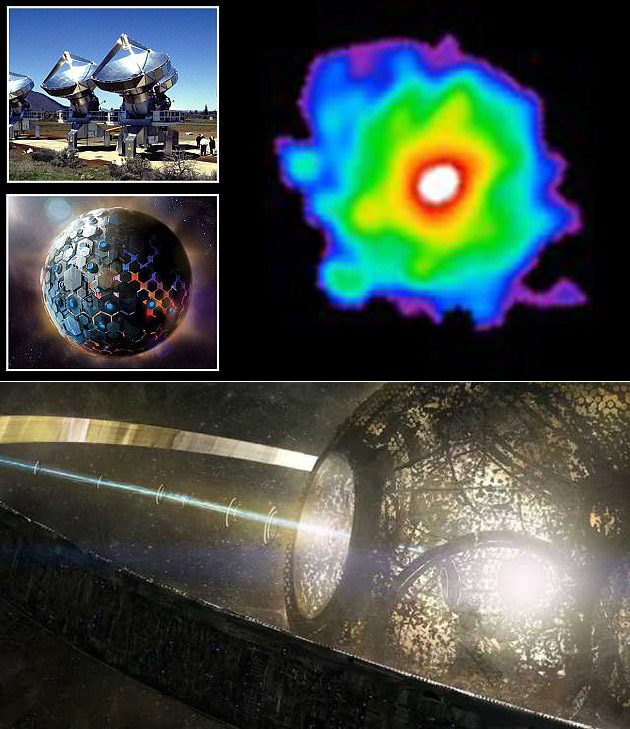 The Kepler Space Telescope has discovered a bizarre star, called “KIC 8462852”, 1,480 light-years away, that could be orbited by a massive alien megastructure known as a Dyson sphere. “We are looking at it with the Allen Telescope Array. We’d never seen anything like this star. Over the duration of the Kepler mission, KIC 8462852 was observed to undergo irregularly shaped, aperiodic dips in flux down to below the 20% level,” said Tabetha Boyajian, a postdoc at Yale. Continue reading for another video and more information.

“The Kepler telescope and its team of astronomers have had their eyes on this star since 2009, when citizen astronomers from the group Planet Hunters pored over the data and alerted them to the fact that the small dips in light emitted from one ball of fire did not act like other discoveries, in that a repeated pattern of dips would indicate the orbit of a planet. Rather, the pattern suggested a large mass of objects is circling the star. This could easily be explained away as a predictable swirl of dust and debris that accompanies a young star, and is later organized into planets and other cosmic entities, but there’s one caveat: this star is mature,” according to Inhabitat.

Aukey’s 15000mAh Portable Power Bank is Qualcomm Quick Charge 2.0 Certified, Get One for Under $22 – Today Only