The Waitomo Glowworm Caves may look like a dream, but it’s a real cave at Waitomo on the North Island of New Zealand, known for its population of glowworms, Arachnocampa luminosa. This species is found exclusively in New Zealand, and can grow up to the size of an average mosquito. The glowworms of the Waitomo Glowworm Caves are closely guarded by a Scientific Advisory Group. This group has automated equipment that continually monitors the air quality especially the carbon dioxide levels, rock and air temperature, and humidity. Data from this equipment is carefully analyzed by specialist staff. The advisory group uses the information to establish how the cave should be managed. They determine if and when air flow patterns should be changed and how many people are allowed to visit the caves each day. Continue reading for more. 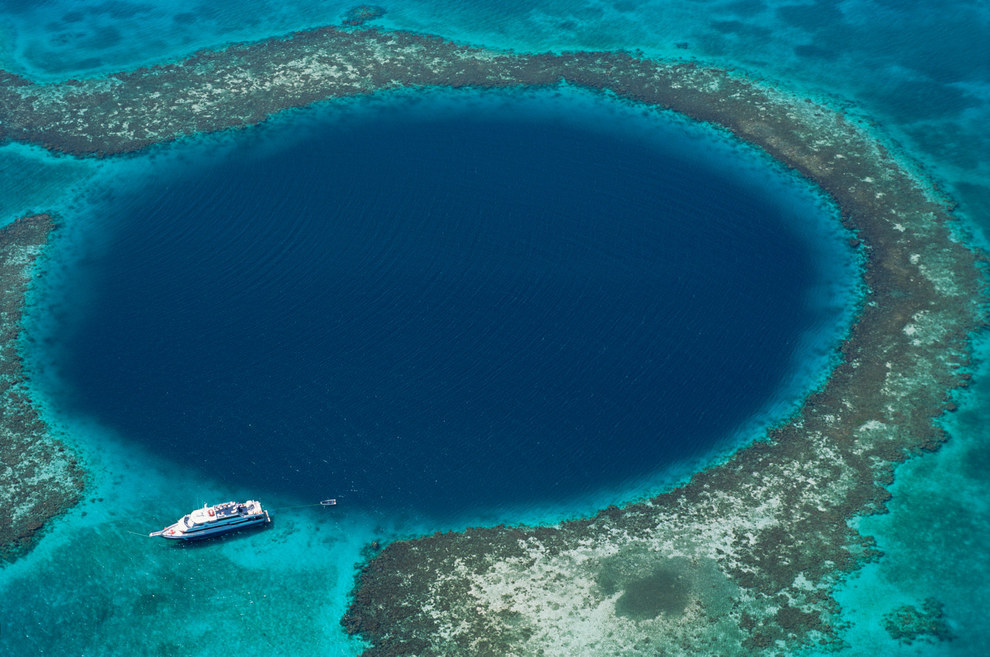 The Great Blue Hole is a giant submarine sinkhole off the coast of Belize. It lies near the center of Lighthouse Reef, a small atoll 70 km (43 mi) from the mainland and Belize City. The hole is circular in shape, over 300 m (984 ft) across and 124 m (407 ft) deep. It was formed during several episodes of quaternary glaciation when sea levels were much lower. Initial measured depth of Great Blue Hole was 125 m (410 ft) which is the most often cited depth up to this day. An expedition by the Cambrian Foundation in 1997 measured the hole’s depth as 124 m (407 ft) at its deepest point. 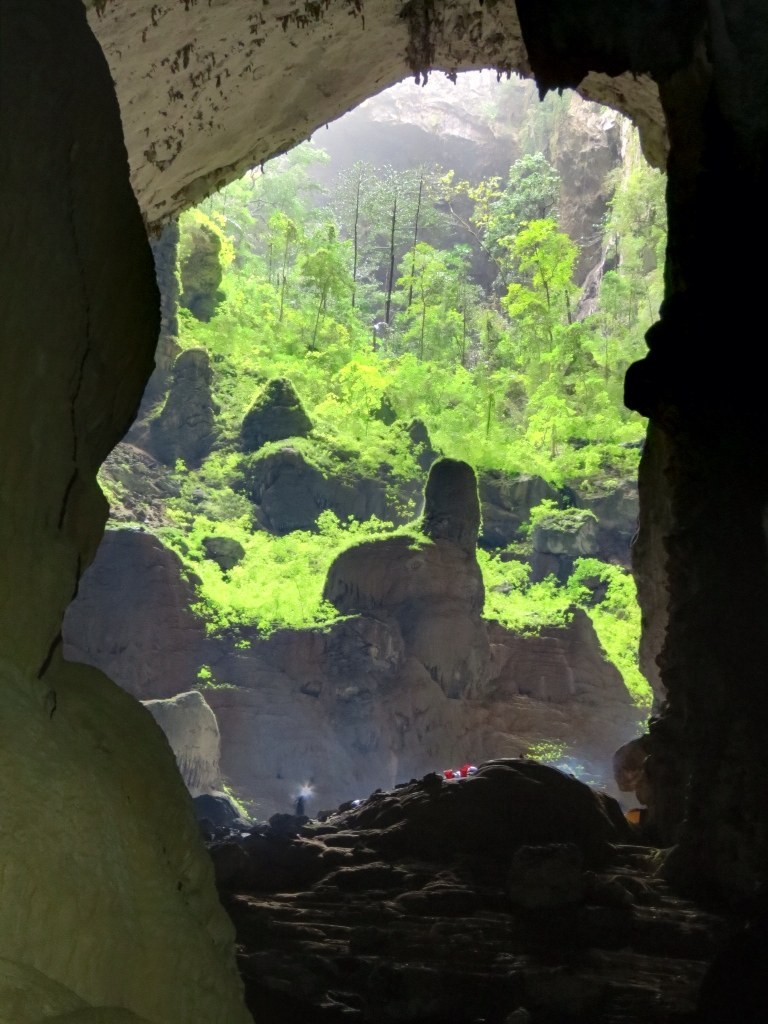 As of 2009, Son Doong has the largest known cave passage cross-section in the world, and is located near the Laos-Vietnam border. Inside is a large, fast-flowing subterranean river. It was formed in Carboniferous/Permian limestone. The cave is five times larger than nearby caves like Phong Nha Cave and Hang En, the third largest cave in the world previously considered the biggest cave in Vietnam. The main passage is more than 5 kilometres (3.1 mi) long, 200 metres (660 ft) high and 150 metres (490 ft) wide. It runs for approximately 9 kilometres (5.6 mi) and is punctuated by 2 large dolines, which are areas where the ceiling of the cave has collapsed. The dolines allow sunlight to enter sections of the cave and has resulted in the growth of trees as well as other vegetation. 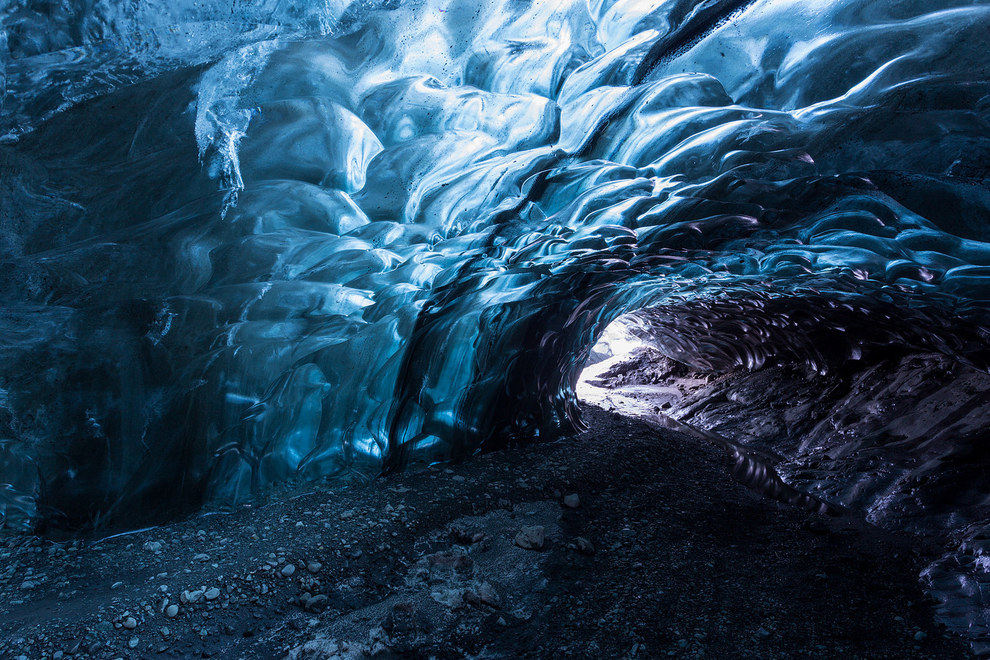 Vatnajokull National Park is one of three national parks in Iceland. It encompasses all of Vatnajokull glaciers and extensive surrounding areas. The former is a popular tourist attraction, which emerged as a result of its glacier meeting the Icelandic coastline. The cave’s ice dates back centuries, and its weight has pressed out all remnant air, so the resultant formation’s texture and colors are otherworldly. Guests gain access through a 22-foot entrance at the water’s edge, though height clearance tapers down to only about 4-feet at the far end, about 150 feet in. 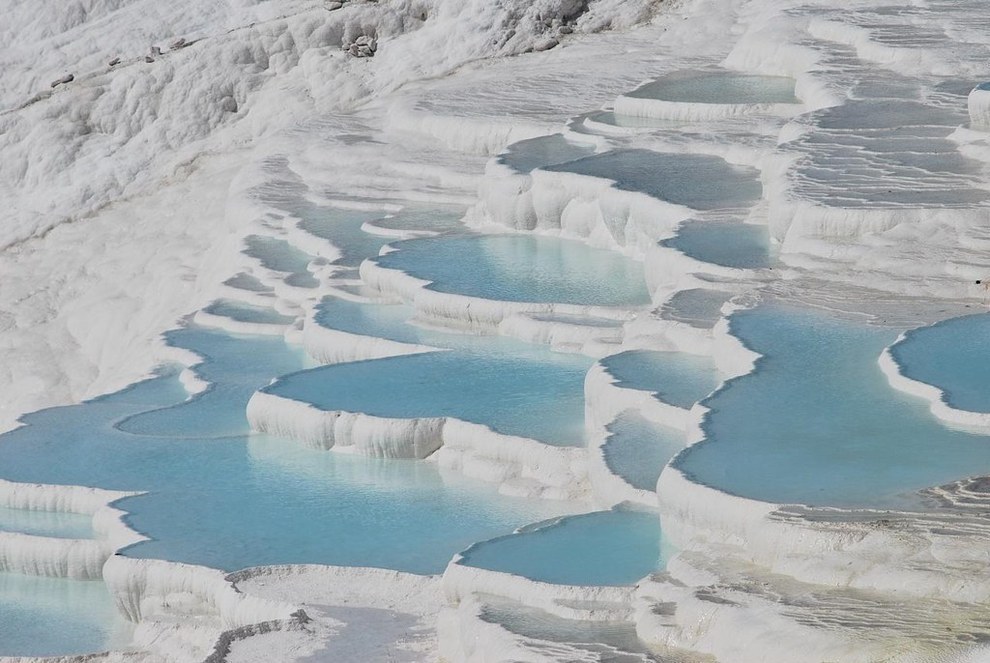 “Cotton Castle”, also known as Pamukkale, is a natural site in Denizli Province in southwestern Turkey. The city contains hot springs and travertines, terraces of carbonate minerals left by the flowing water. It is located in Turkey’s Inner Aegean region, in the River Menderes valley, which has a temperate climate for most of the year. Pamukkale’s terraces are made of travertine, a sedimentary rock deposited by water from the hot springs. In this area, there are 17 hot water springs in which the temperature ranges from 35 °C (95 °F) to 100 °C (212 °F). 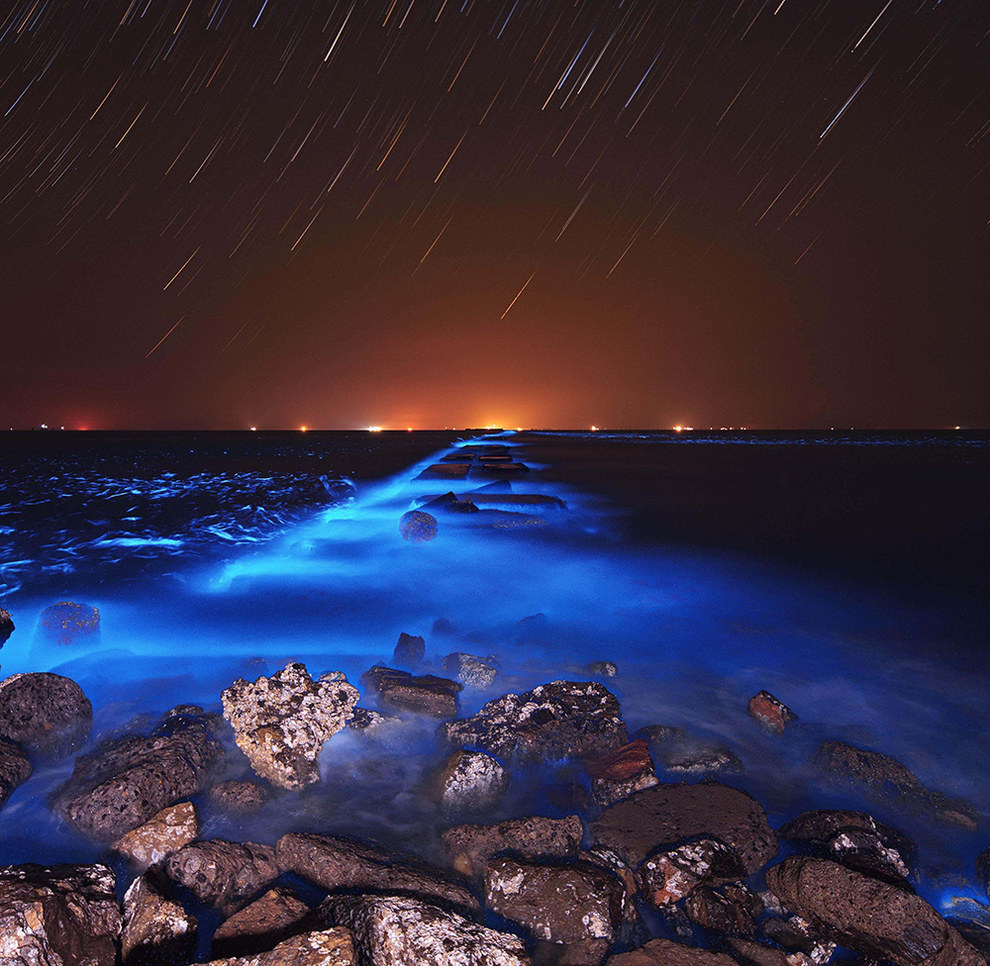 Bioluminescent N. scintillans can be found widely distributed throughout the world, often along the coast, in estuary, and shallow areas of the continental shelf that receive plenty of light which promotes the growth of the phytoplankton that make up a large portion of N. scintillans’s diet.