Photo credit: iFixit
The Apple AirTag perfectly complements the “Find My” ecosystem in iPhones, iPads, MacBooks and more. Sounds can be played from an AirTag using the app, while iPhones equipped with the U1 chip have the ability to use the precision tracking feature when it’s in range, thanks to ultra-wideband technology, which provides the direction and precise distance to an AirTag. Product page. Read more for two videos, including a teardown and how exactly they work.

Users can also mark an AirTag as lost while providing a phone number and a message, both of which can be seen from iPhones with the “Identify found item” feature in the Find My app by tapping it near its NFC coil – same with Android phones. Each AirTag is powered by a CR2032 button cell, a disposable battery that can also be found in watches, and can last around one year. 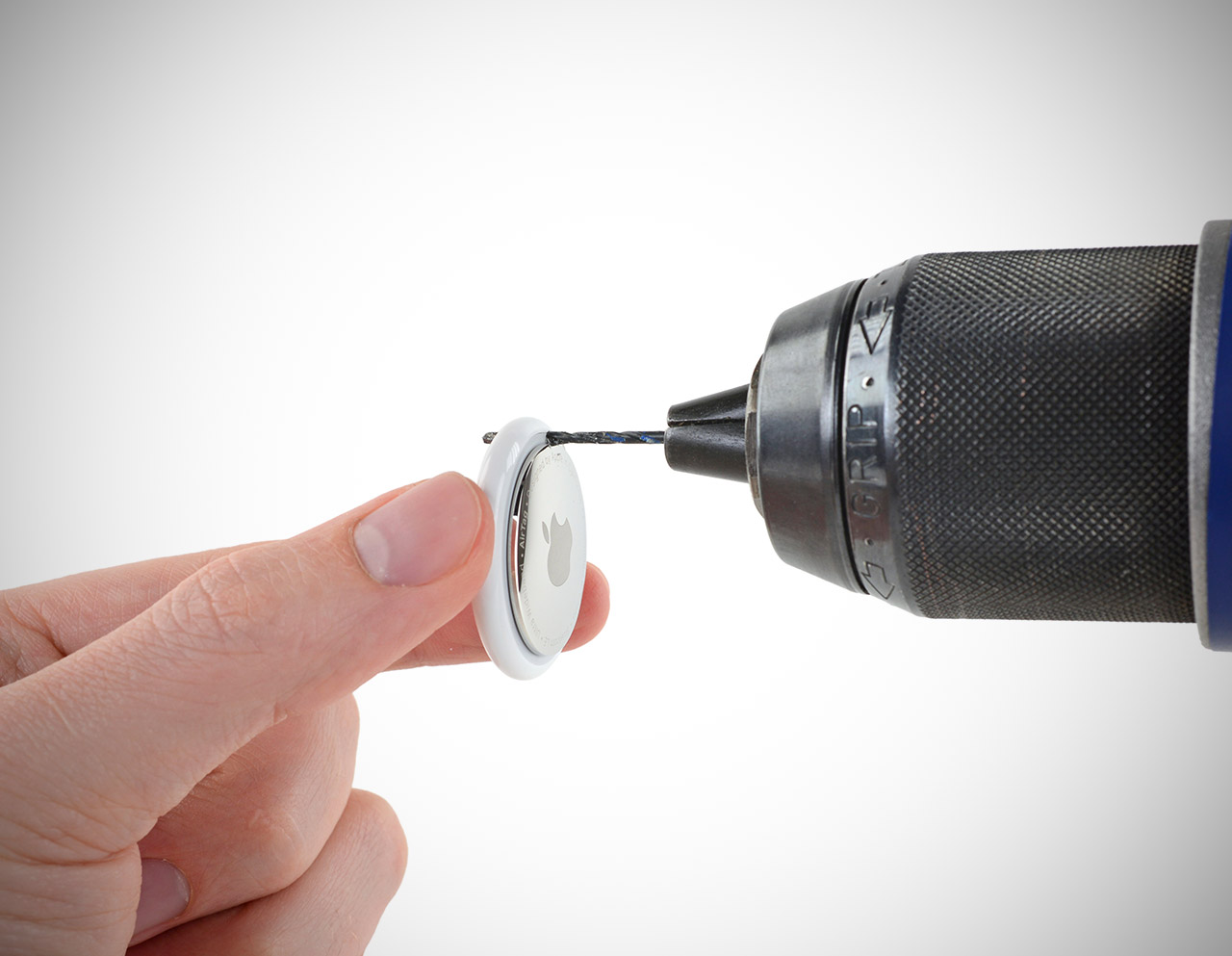 AirTags are indeed tiny—about the smallest they can get, judging by the density. Speaking of density, the relative darkness of the AirTag is due to a hefty central speaker magnet and its steel battery cover—both fairly opaque to X-rays. While the AirTag is impressively compact, it manages to pack in ultra-wideband (UWB) functionality—an interesting technology in and of itself,” said iFixit.