Guy Dupont just so happened to have a fourth-generation iPod Classic laying around, so he decided to modernize the music player. The original hardware is not capable of wirelessly streaming Spotify, so he replaced its internals with a Raspberry Pi mini computer as well as the 30-pin connector with a micro-USB port. For those who’ve never owned one of these iPod Classics, the fourth-generation replaced the touch wheel with a Click Wheel from the iPod Mini. Read more for a video and additional information.

Called “sPot”, this new iPod Classic now boasts WiFi and Bluetooth connectivity, enabling you to connect it to external audio devices. Unfortunately, the original headphone jack is no longer functional but does add a nice aesthetic touch. One other upgrade is a color display, while the actual software running the Spotify Connect API had to be custom programmed into an app called Raspotify. 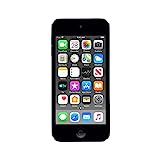