Apple may have revealed a new iPhone or mobile phone-like device through a recently released patent filing that hints at a flexible display. This patent for a device with a foldable display and a hinge is a continuation of another one the company had first filed in 2011 and later updated in 2016. Published on February 14, 2019 by the United States Patent & Trademark Office (USPTO), it describes that flexible displays may be mounted to the housing portions overlapping the hinge, which if rotated relative to each other, the flexible display may bend. Read more for a video and additional information.

“It added that the Hinges may be configured to allow the flexible display to be placed in a front-to-front configuration in which the active side of the display faces itself or a back-to-back configuration in which the active portions of the display face away from each other. A clamshell device is shown in the patent, similar to what Motorola has mentioned in a patent for a sequel to Moto Razr. Reportedly, the idea is to make a larger phone that becomes smaller in size with a help of a foldable display and a hinge,” reports Financial Express. 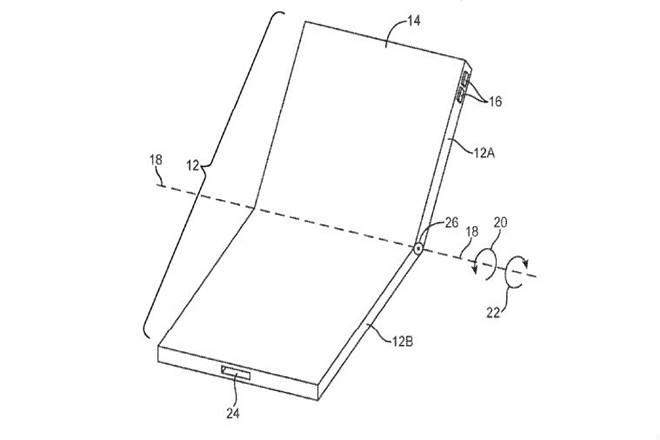