Photo credit: Imgur via Bored Panda
Google Earth has been around for quite some time, but its users are still finding interesting sights from around the world, like this marina in Milwaukee with some winter ice breaking up. “This is my favorite. It’s a marina near Milwaukee, Wisconsin (USA). The winter ice is in the process of breaking up. I don’t know why, but this is very visually appealing to me,” said this anonymous Google Earth user. Bored of Earth? The computer program also has globes for the Moon and even Mars as well as a tool for viewing the night sky. Read more to see additional sightings. 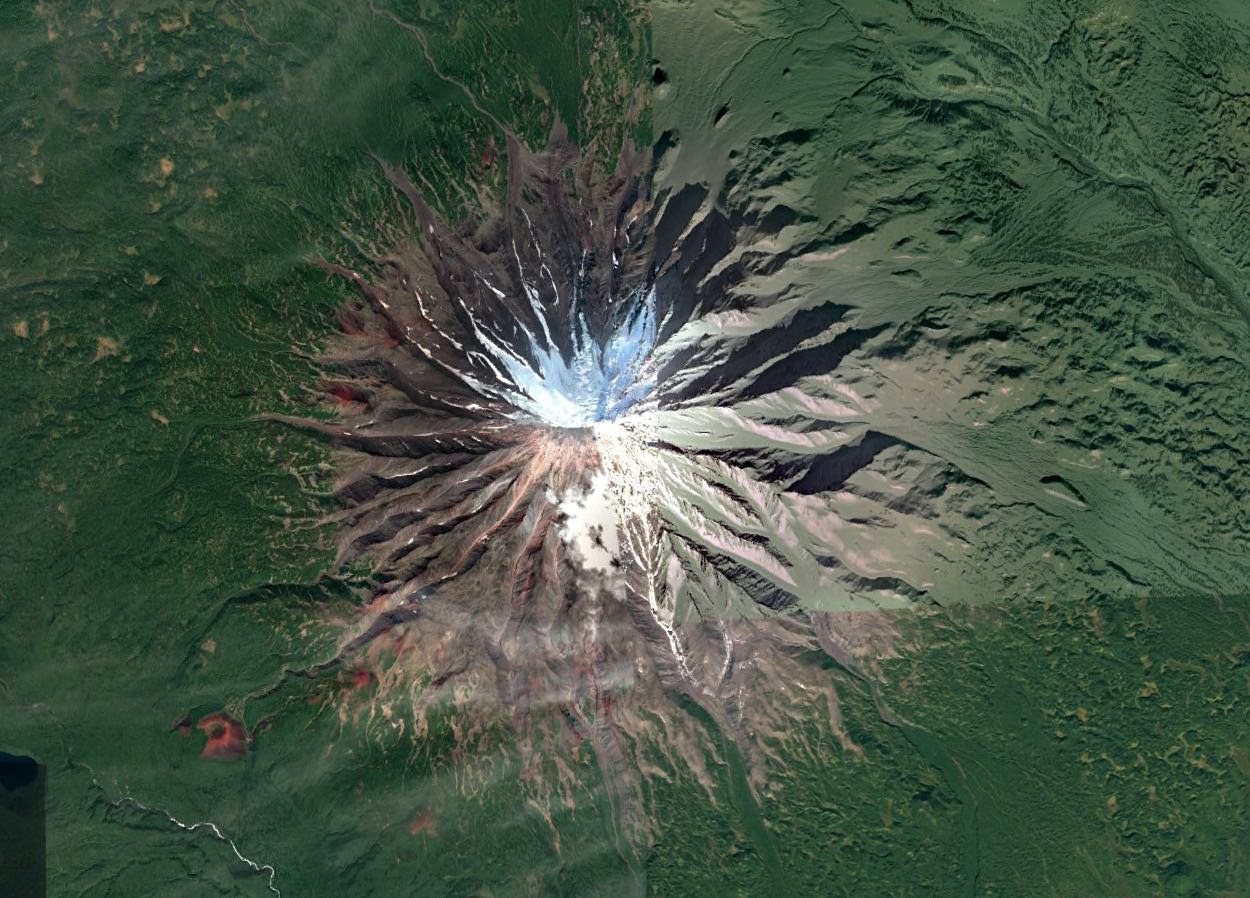 A beautifully symmetrical volcano on the Kamchatka Peninsula in Russia. Look at those weird red cinder cones on the flanks. 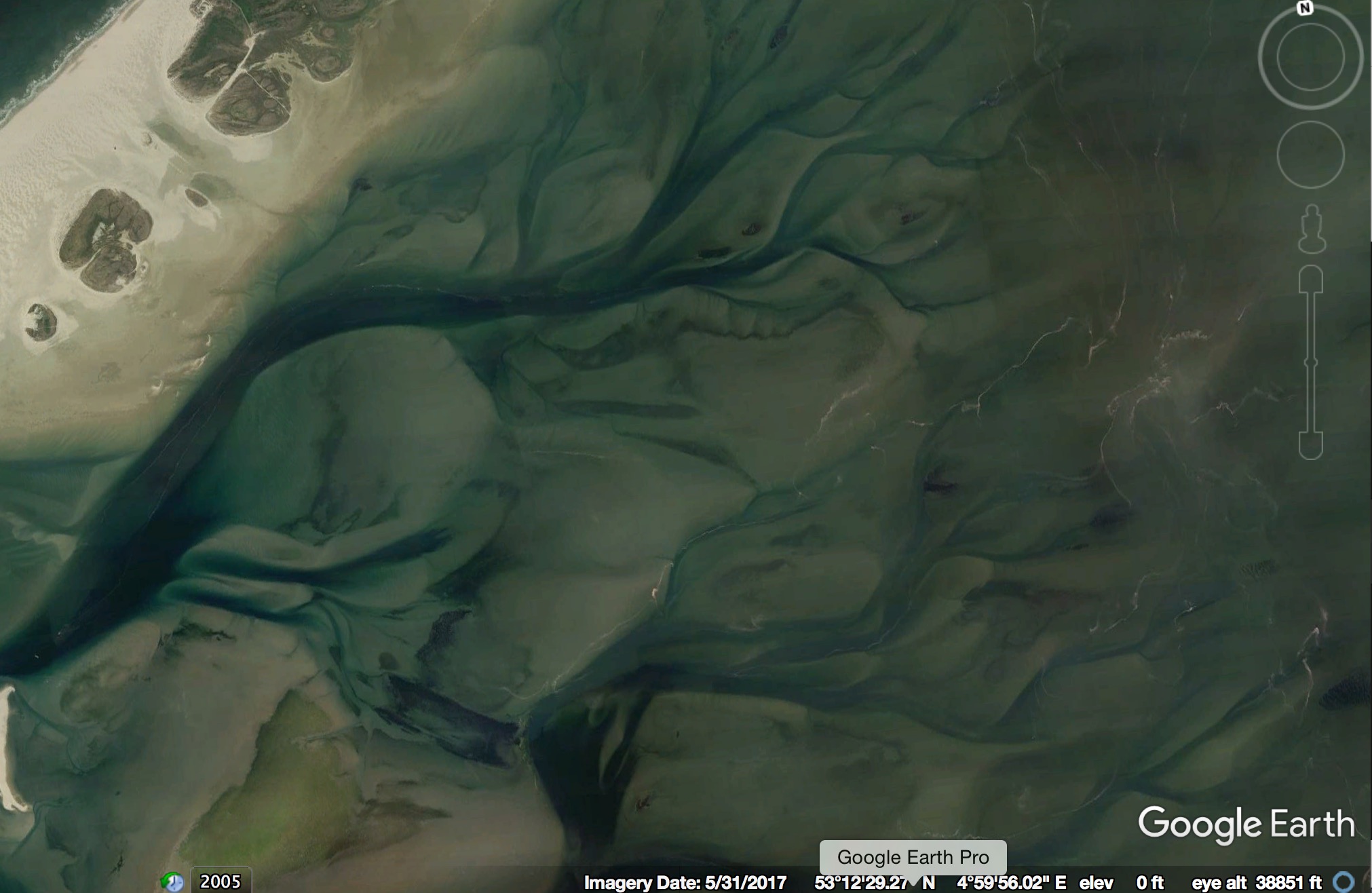 Underwater tidal channels of the Wadden Sea of Denmark. 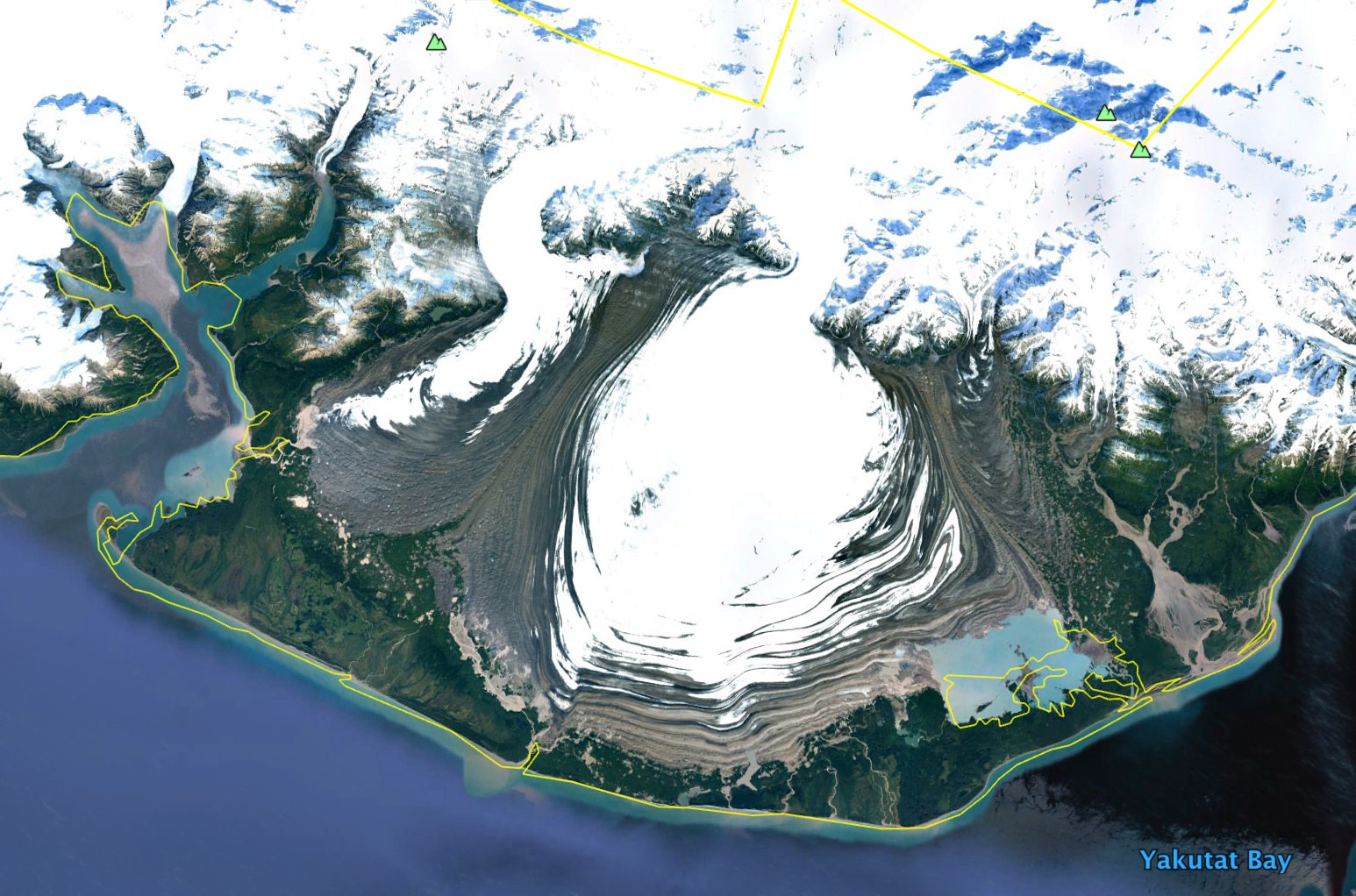 Alpine glaciers spilling out spreading across a flat plain. This is in SE Alaska. 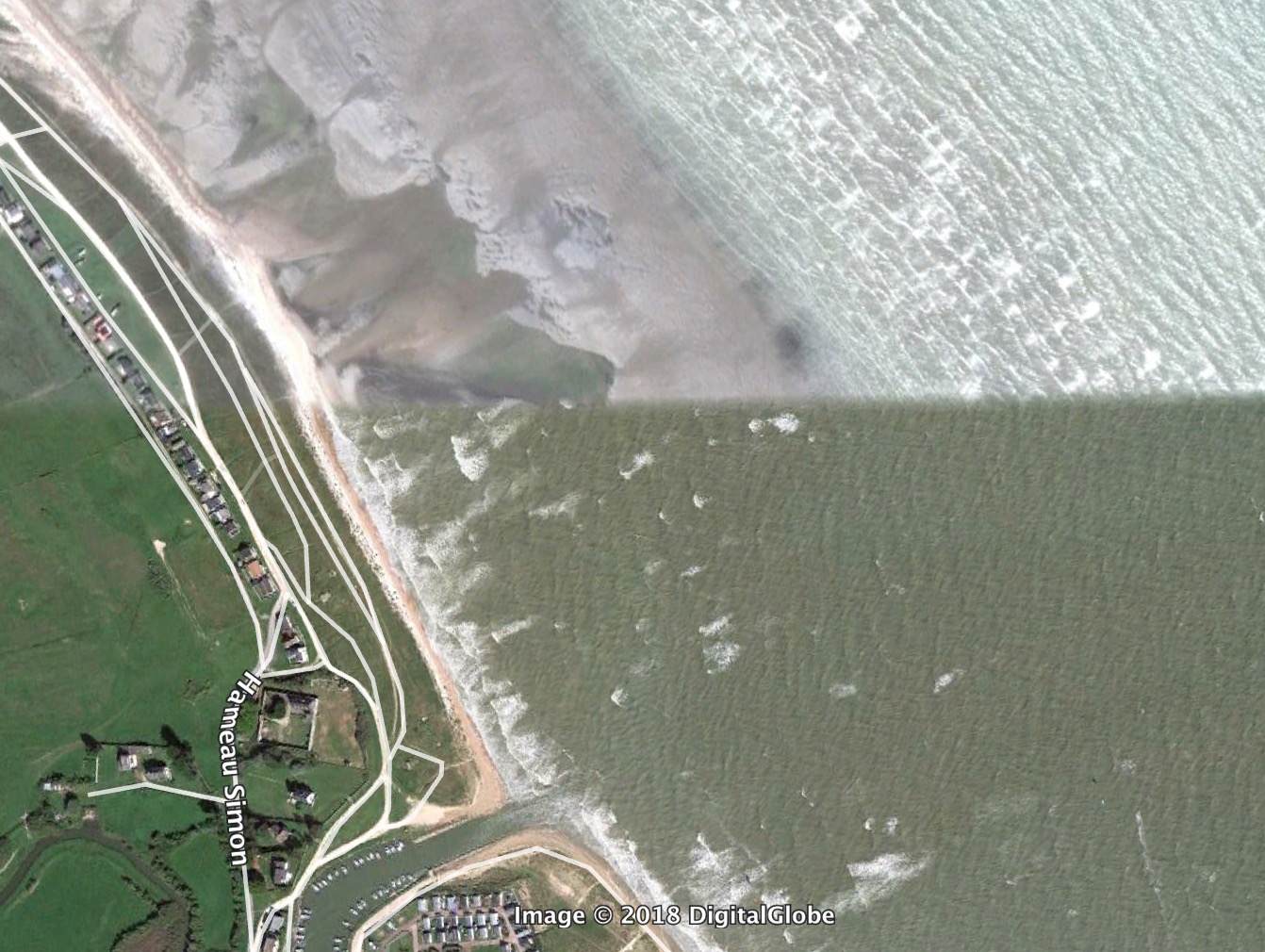 High vs. low tide on a Normandy Beach. 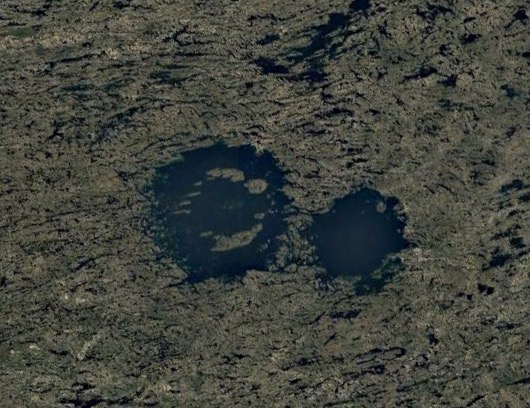 The 2 lakes are about as perfectly round as nature allows. These are impact craters in the Canadian Shield, the oldest continental crust of the North American plate. Because it’s been tectonically inactive for a long time and continental glaciers removed most of the topsoil, many craters are visible. This lake is called Lac a l’Eau Claire. 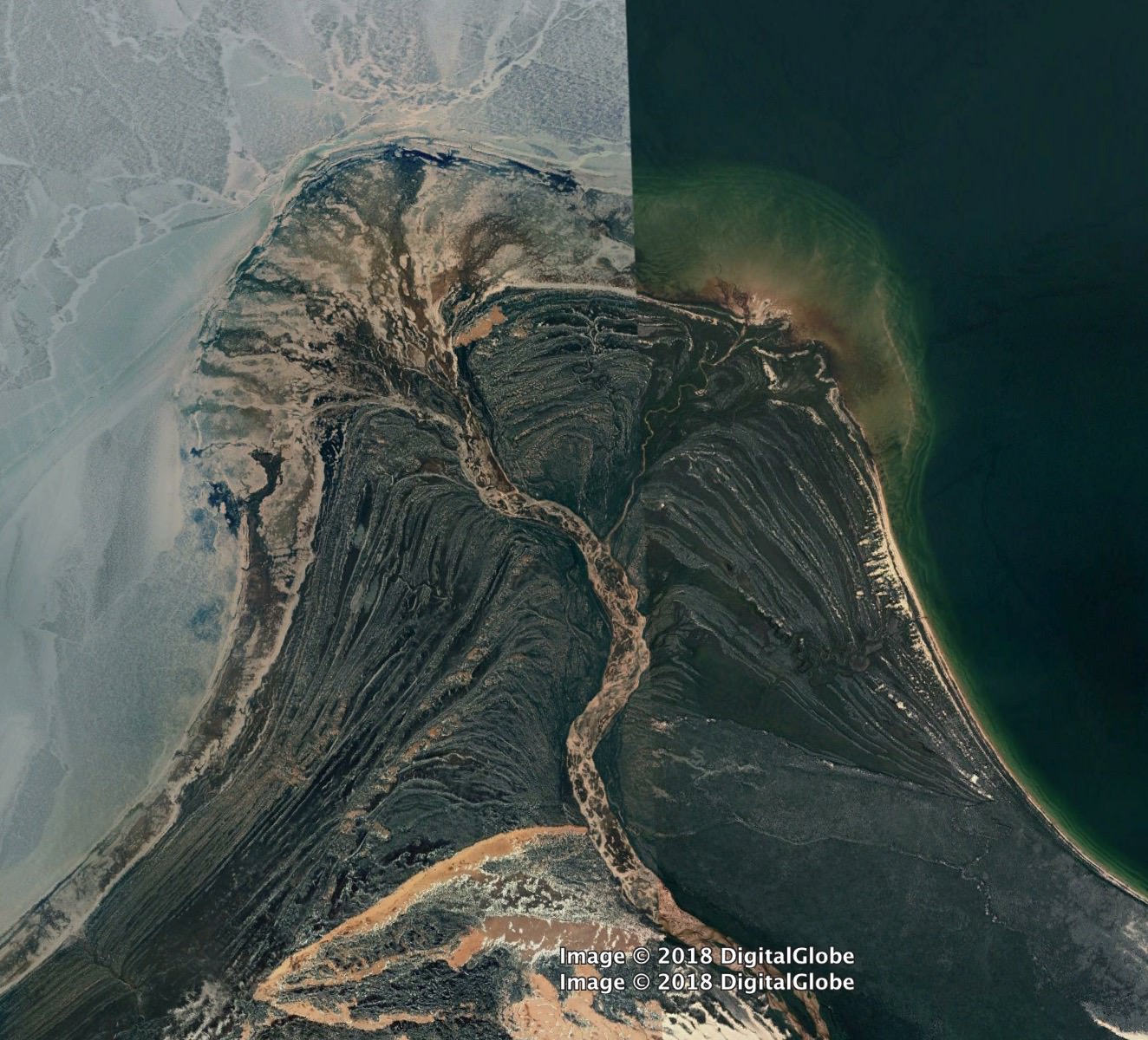 Above is the coolest delta I’ve ever seen. It’s formed by the William River, which flows through Athabasca Sand Dunes Provincial Park and into Lake Athabasca, Saskatchewan CA. This river has recently become my favorite river, because we share a name. The left side of the image seems to be while the lake is frozen but the river is not. The bands that sort of parallel the shoreline look like cheniers. 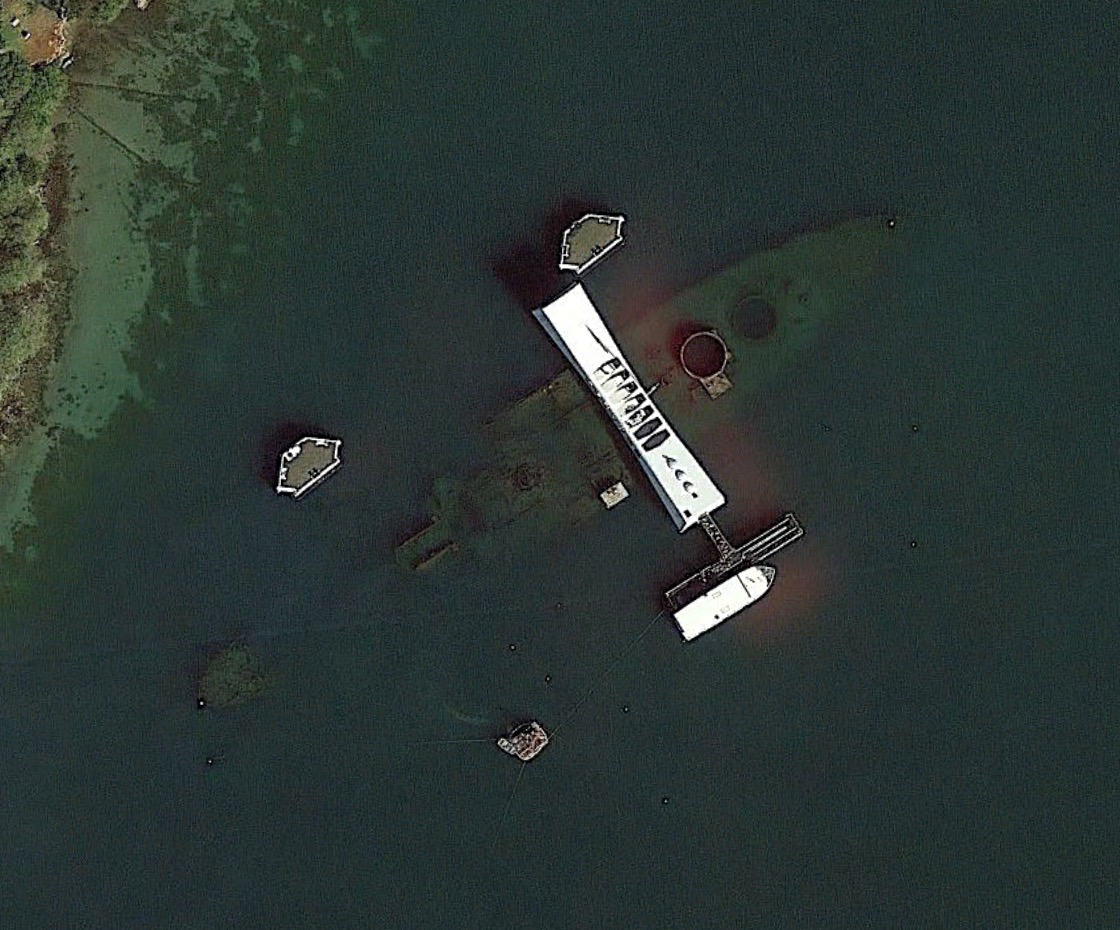