Photo credit: iDropNews | Parker Ortolani
Parker Ortolani discovered a trademark for “RealityOS” that was submitted to the United States Patent and Trademark Office (USPTO) back on December 8, 2021 for categories such as “peripherals,” “software,” and “wearable computer hardware.” Despite the trademark being filed by a mysterious Realityo Systems LLC, it could hint at an upcoming AR / VR glasses reveal at WWDC 2022.

For those wondering about the connection between Realityo Systems LLC and Apple, it would be that both of their corporate locations have the same corporate address the latter used during macOS California release names ahead of their launches. As for “RealityOS”, the name was actually referenced by Apple in the App Store in one of their logs earlier this year. Apple AR / VR glasses themselves are rumored to use Sony’s OLED microdisplay. 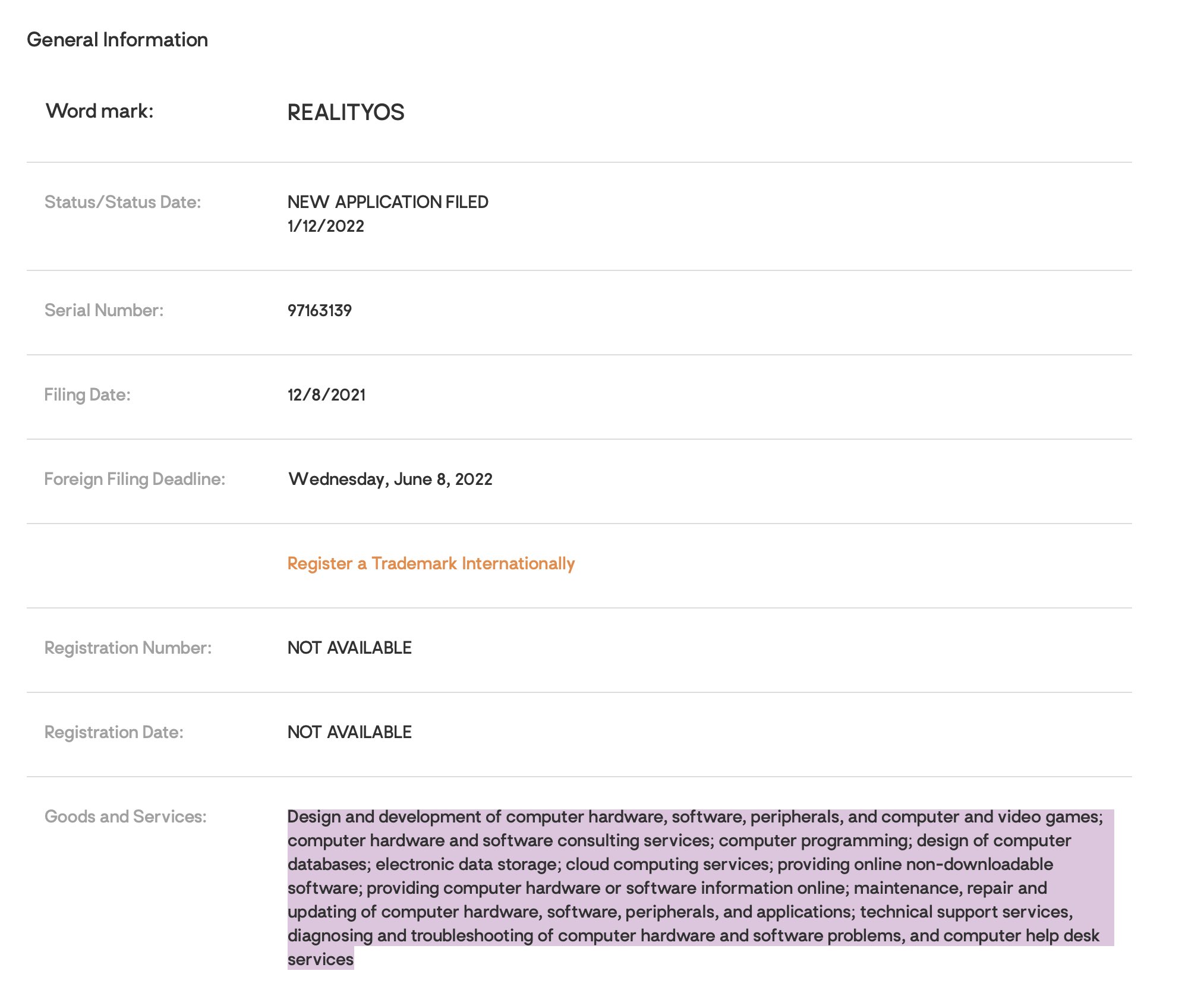