At $70K, the Ariel Nomad Tactical Buggy is not only fit for the track, but also any off-road adventure you may have in mind. It’s powered by a Honda K-series engine, mated to a 6-speed manual transmission, that generates 230-horsepower and 200 lb-ft of torque, enabling it to accelerate from 0-60 mph in just 3.5-seconds and blaze through the quarter mile in a mere 12.5-seconds. Other features include: a limited-slip differential, remote reservoir shocks, Alcon Motorsports Four-Piston Calipers and aggressive brake pads. Read morefor more awesome buggies you probably never knew existed. 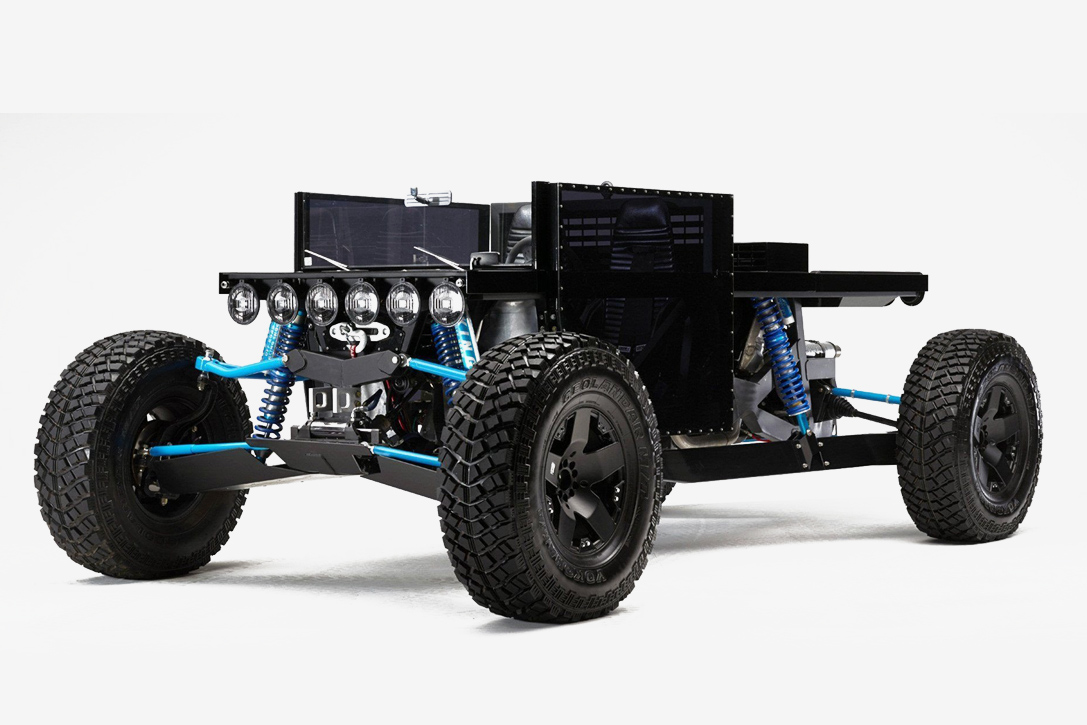 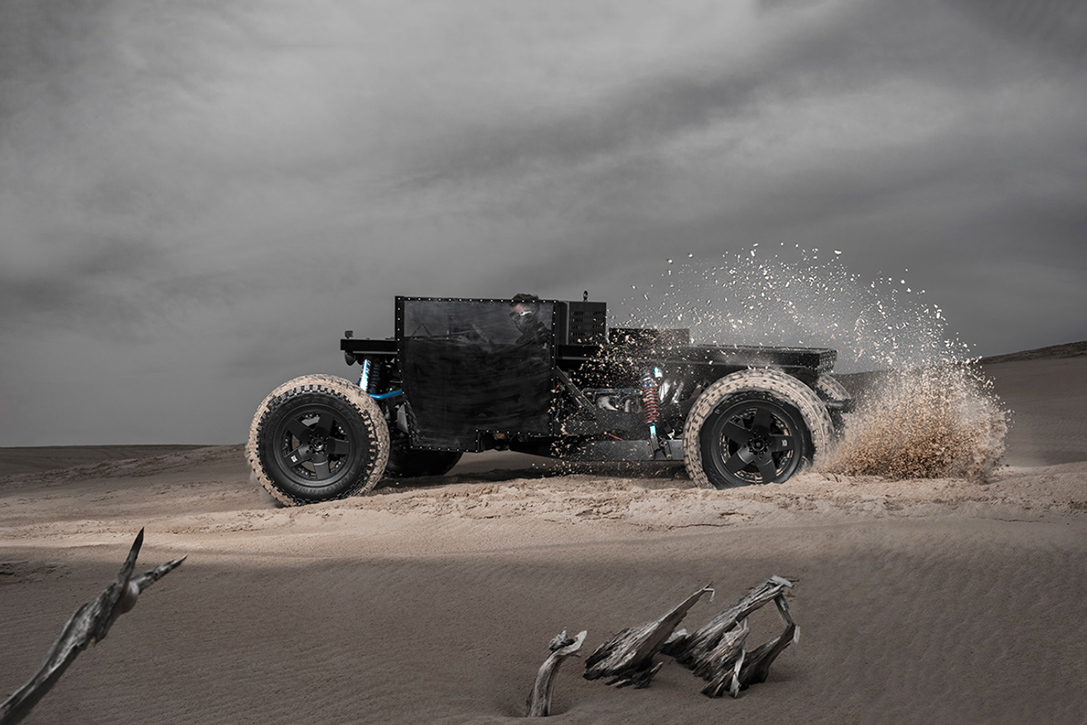 Dune buggies are nothing new, but let’s face it, most are not custom-built, that is unless…you’re talking about the Reboot Buggy by Joey Ruiter. Stripped down to just the basics, the dune-shredding beast is powered by a Chevy V8 engine producing 470 horsepower, allowing it to hit a top speed of nearly 140 mph. A massive 26″ of travel at the front and back, a Ford 8.8 independent rear differential, an integrated front-end winch, lights across the front / back, and a set of Yokohama Geo-Lander off-road tires, let you tackle any terrain. 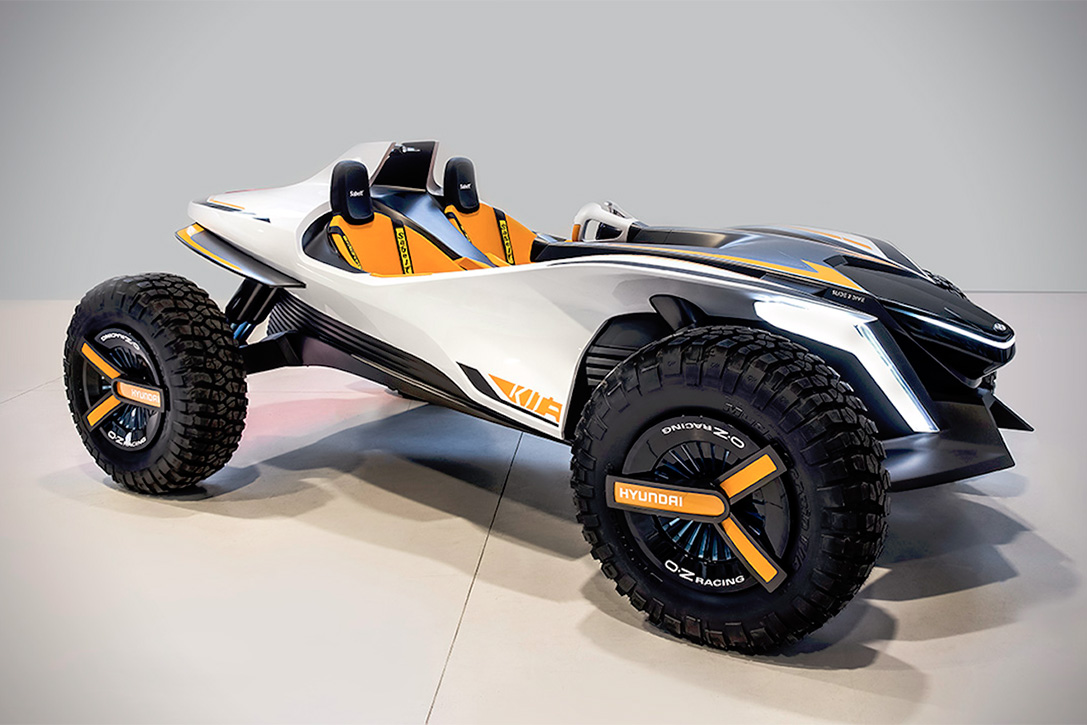 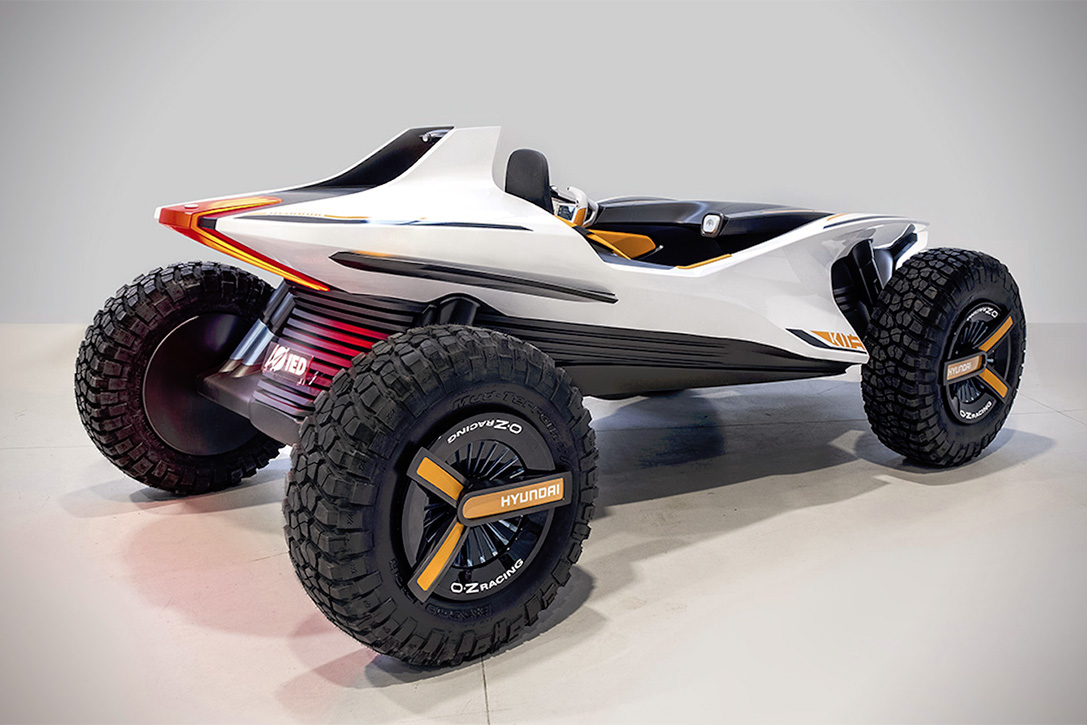 The all-electric Hyundai Kite is a doorless and roofless dune buggy that traverses both land as well as water thanks to its ability to convert into a single-seat jet-ski. It’s based around an ultra rugged monocoque chassis that measures 12.28-feet in length and 4.77-feet in height. Four brushless electric motors located inside each wheel propel it on land, while a jet turbine provides power on water. It can be controlled via a mobile phone when the obstacles get a little too sketchy. 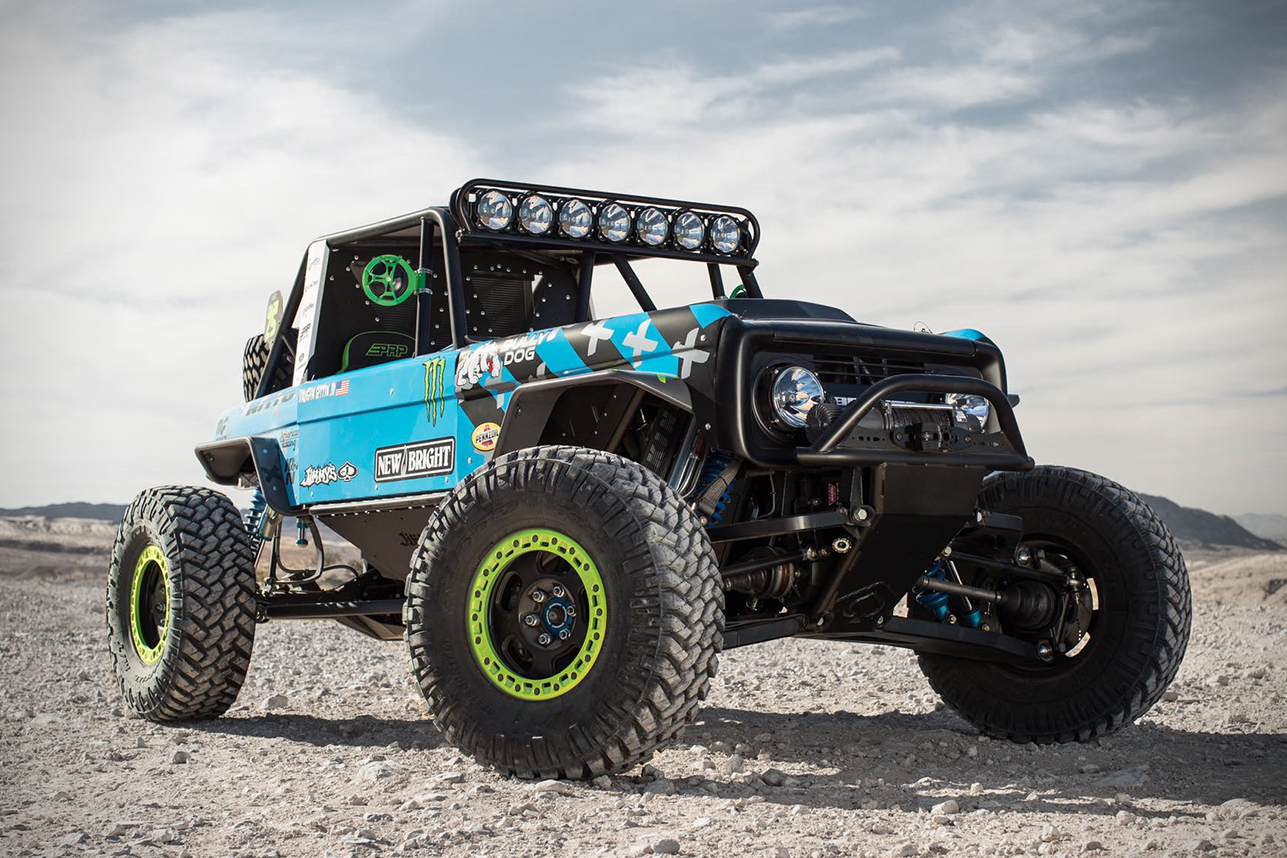 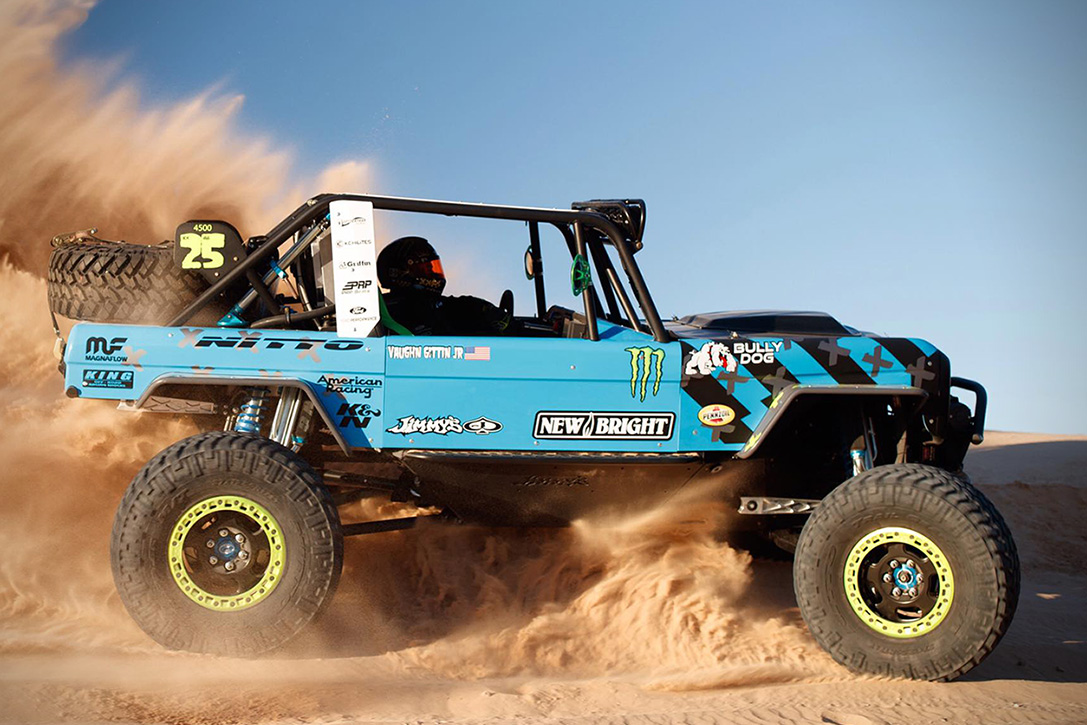 Based on a Ford Bronco, pro drifter Vaughn Gittin Jr.’s “Brocky” sports a heavily modified shell that was lowered onto a Jimmy’s 4×4 off-road chassis and the equipped with a 600 horsepower Ford Performance 427 V8 engine. To make sure it’s able to scale rocks as well as dunes, it also boasts an ATI Racing Transmissions SuperCase TH400 3-speed transmission, GearWorks 10-inch differentials that can be adjusted on-the-fly, 37-inch Nitto Trail Grappler tires, and a class-standard 20-inch of wheel travel in the front and 16 in the back. 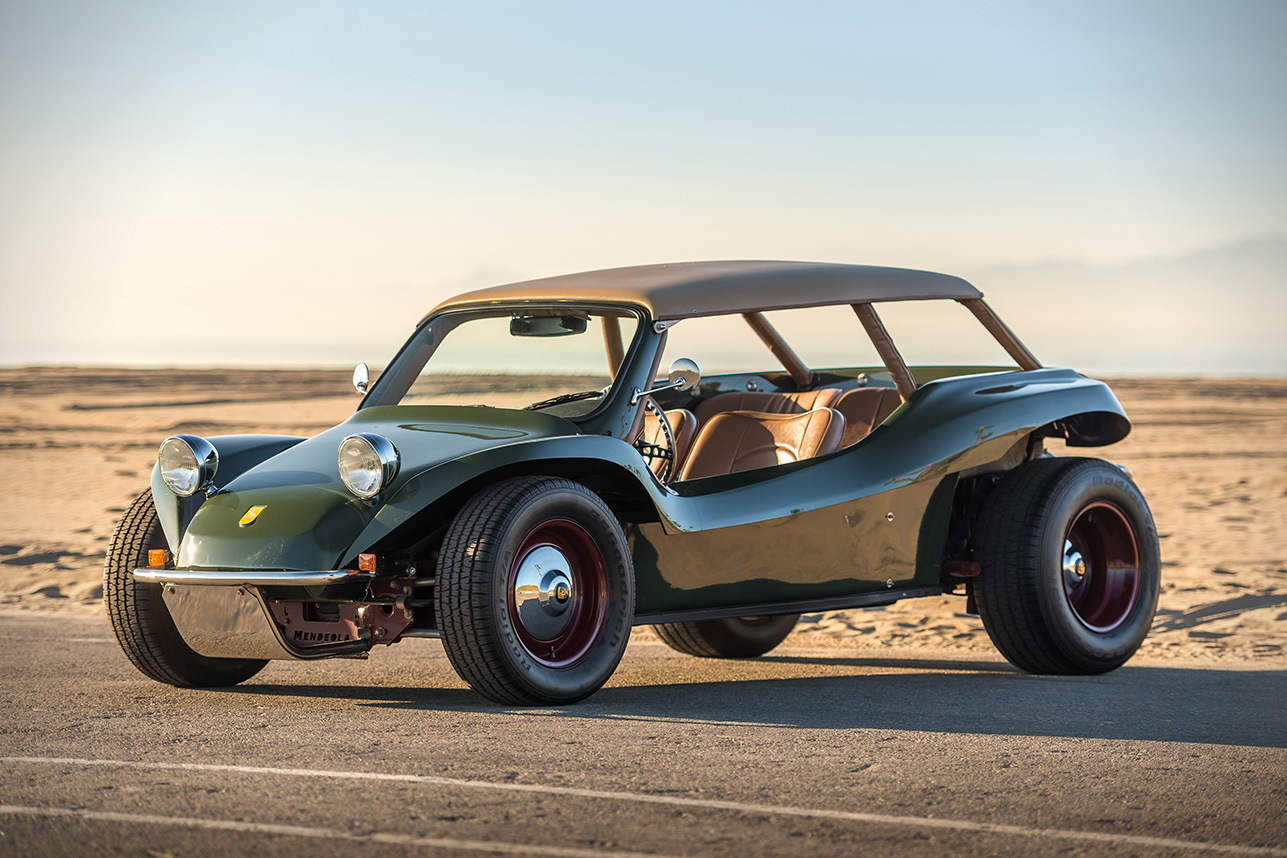 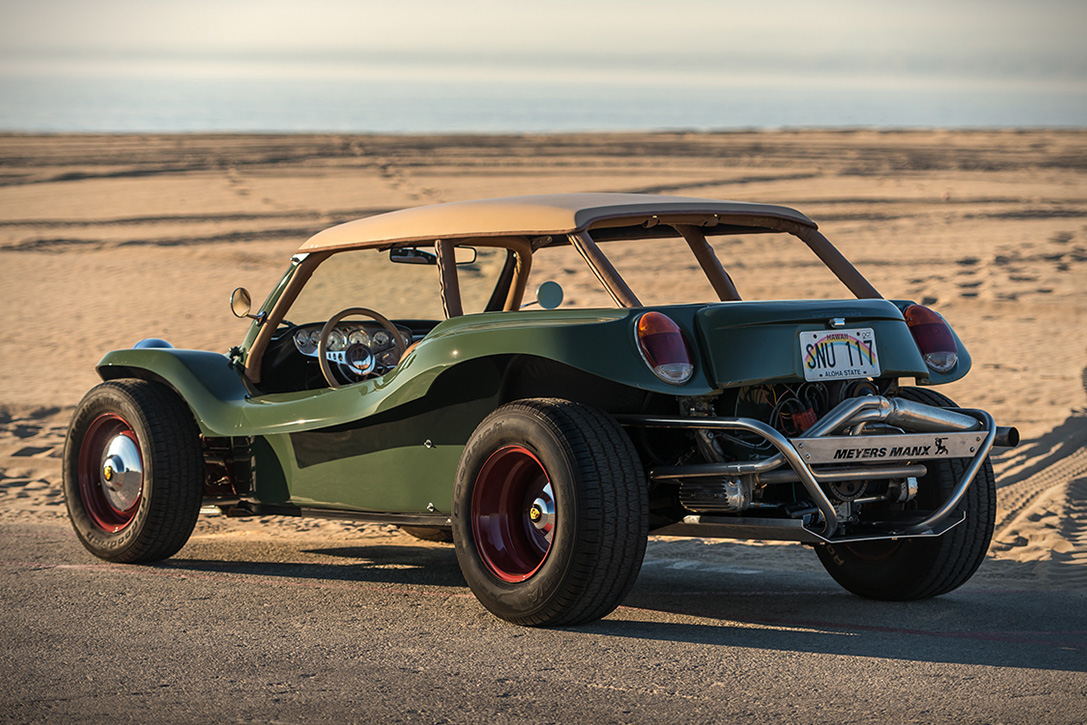 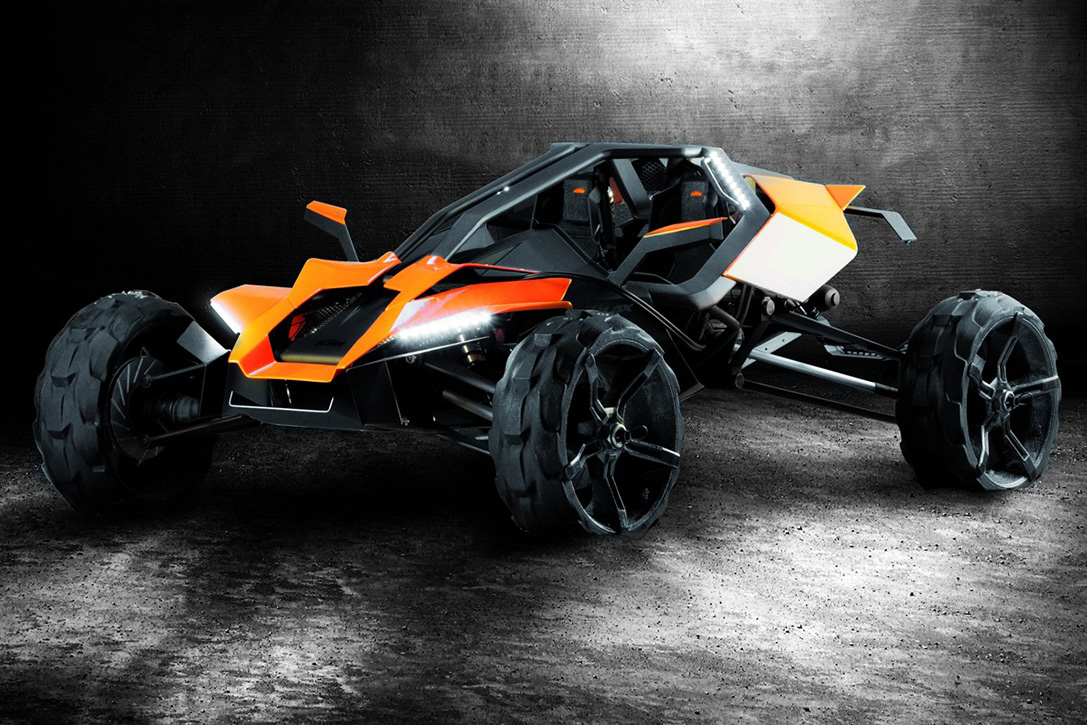 KTM is best known for their motorcycles, but the AX could be their first entry into the buggy world, and it’s definitely no slouch. Featuring hybrid propulsion, four individually-steerable electric motors, significant ground clearance and reinforced tires for superb traction as well as agility. A lightweight space frame with built-in rollover keeps the passenger safe in a worst case scenario.