A market research firm recently conducted a study that claimed the asteroid mining industry would help humans colonize other planets and extracting precious resources from them could protect Earth from potential impact events. There are currently over 9,000 known asteroids flying near Earth and many companies as well as space agencies are looking into the benefits of mining space rocks. Read more for two videos and additional information.

Hard rock minerals could be mined from an asteroid or a spent comet, while precious metals, like gold, silver, and platinum group metals, could be transported back to Earth. If iron group metals and other common ones were mined, they could be used for construction in space. Unfortunately, there are some potential setbacks as well, including the high cost of spaceflight, unreliable identification of asteroids which are suitable for mining, and ore extraction challenges. 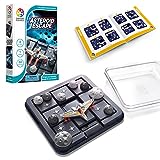 Asteroid mining or space mining could help start the colonization of planets where finding water would be imperative. Also, the water can be broken down into hydrogen (used as fuel) and oxygen (air to breathe) and water is used to help grow food, as well as a protective shield from the harsh rays from the space such as UV, infrared and others,” according to the study.