While most eyes are on the L.A. Auto Show, Audi demonstrated its Pop.Up.Next concept at Amsterdam Drone Week. This autonomous flying taxi was made into a ¼-scale model and consists of an autonomous, wheeled, battery-electric chassis that securely holds a detachable, two-seat pod. When flight mode is activated, a special Airbus-designed module lands, hovering over the pod. The chassis then raises the pod until it locks onto the flight module before taking off for the destination. Upon landing, the four-propeller module straddles another chassis, lowers the pod, and then departs on the road. Read more for another video, additional pictures and information.

During the demonstration, the car-drone flew across the hall to another chassis, deposited the pod, and then took flight again. In the production model, a 49-inch touchscreen will keep passengers informed of every move, while allowing them to control the pod as well as input directions though touch, speech, facial recognition, and eye-tracking. 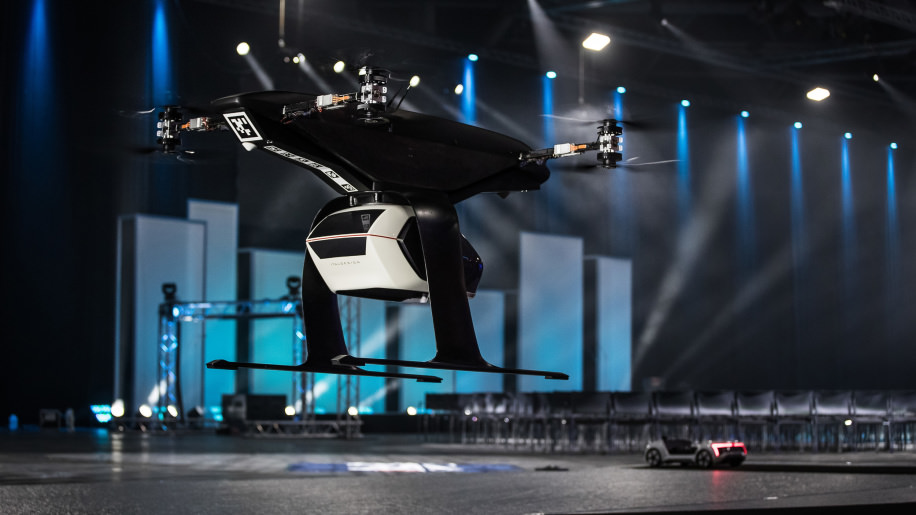 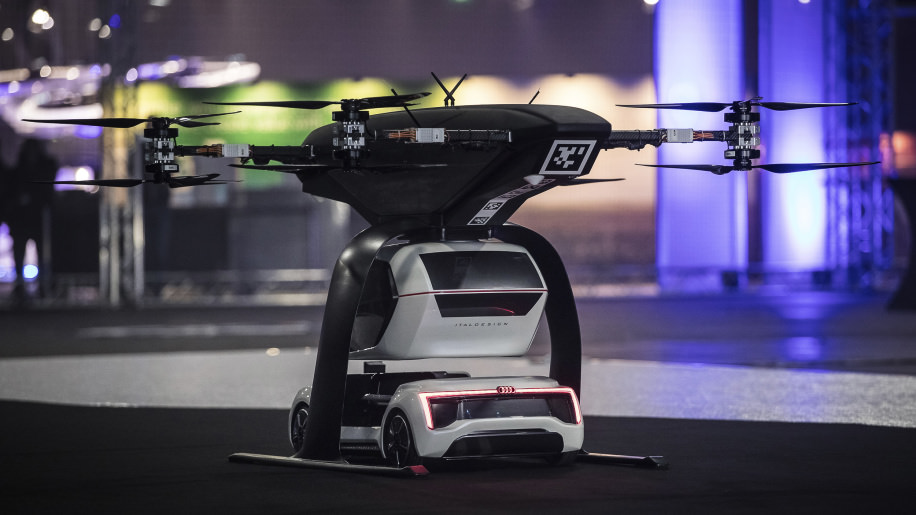 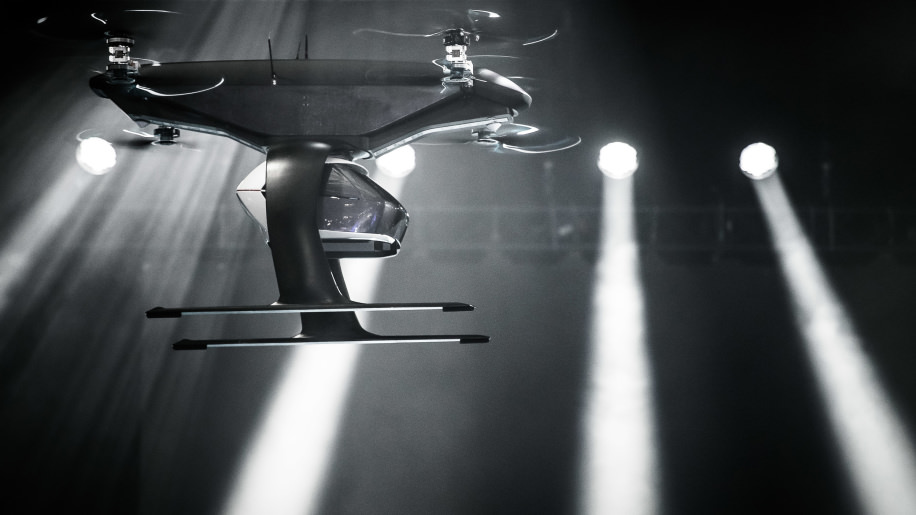 “As is, Audi says the Pop.Up.Next chassis can go 31 miles on the ground, and the flight module can travel 81 miles in the air. Martens said “the next step is for a full-size prototype to fly and drive.” As the automaker learns, it’s working with the European Union to get the public ready for the revolution by participating in an Urban Air Mobility flying taxi project in Ingolstadt, Germany. Eventually, the site will host air taxi operations and ‘answer questions concerning battery technology, regulation, certification, and infrastructure,'” reports Auto Blog.

Issa Megaron Seems Invisible at First Glance, But This Modern Home is Perfect for a Bond Villain