Scientifically speaking, ball lightning is still a yet to be explained phenomenon described as luminescent, spherical objects that vary from pea-sized to several meters in diameter. They are normally associated with thunderstorms, and are described to last considerably longer than the split-second flash of a lightning bolt. The earliest recorded reports state that the phenomenon eventually explodes and leaves behind a sulfur-like odor. Read more for two videos and additional information.

Ball lightning has appeared in various accounts over the centuries and received attention from scientists. More recently, an optical spectrum of what is purported to have been a ball-lightning event was published in January 2014 and included a video at high frame rate, while laboratory experiments have produced effects that are visually similar to this phenomenon. 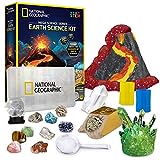 Maserati Needs to Make This Hubless Electric Motorcycle a Reality