Before smartwatches, there was the Seiko UC-2000 wrist computer. This wearable computer may look advanced, but it was only capable of storing 2K of data, telling the time, and performing calculator functions. The gadget made its debut in 1984, and retailed for $300 ($689.04 in today’s dollars). What you’re looking at above is the UC-2000 mounted in its keyboard. 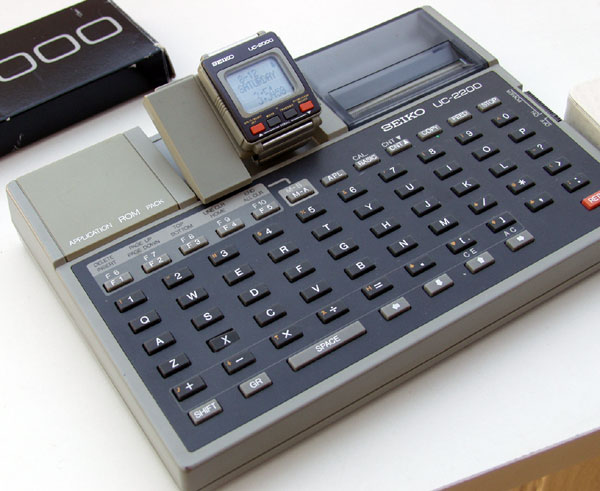 UC-2000 owners could have also purchased the UC-2200, an advanced keyboard that included a spool-fed printer, 4K of RAM and a 26K of ROM via a plug-in Application ROM pack (Microsoft Basic) – other ROM packs had games or an English to Japanese translation app. 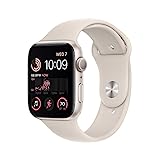 4. There are Two Versions of the Keyboard 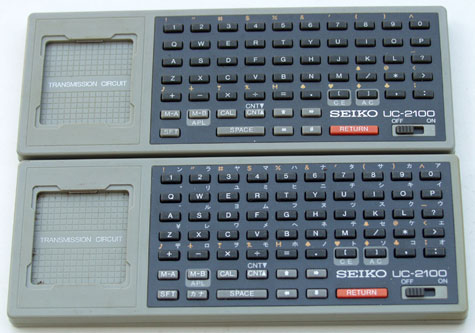 As strange as it may seem, there are two keyboard models: the UK01-0020 keyboard with 61 buttons, and the 62-button UK01-0010 – extra button lets you toggle between the alternate keyset of Kanji characters. Utilizing the UW01 module, you could also store 2000 characters on board, as well as perform the time/date, stopwatch, alarm and hourly chime functions. 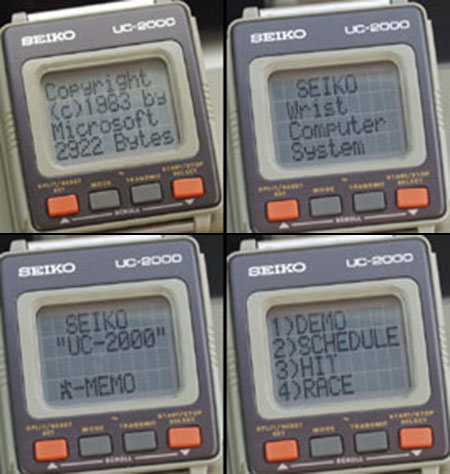 The UC-2000 had a metal strap with a gray aluminum fascia and grey/orange buttons. Unfortunately, it was a bit clunky, but did its job very well. It featured a 4×10 (50×28 total resolution) block dot matrix style LCD display. 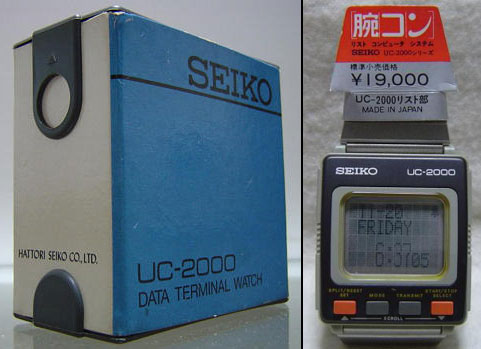 If any device was ahead of its time in 1984, it would be this watch. By 1986, merchandise liquidators, like Damark, were selling the entire Seiko system for approximately $100 USD. In Japan, the UC-2000 was offered separately, as one could purchase the watch (Y19,000), terminal (Y29,800), ROM packs or in any bundle desired.

1. Why Seiko Thought You Needed This Watch Even if You Had a Computer 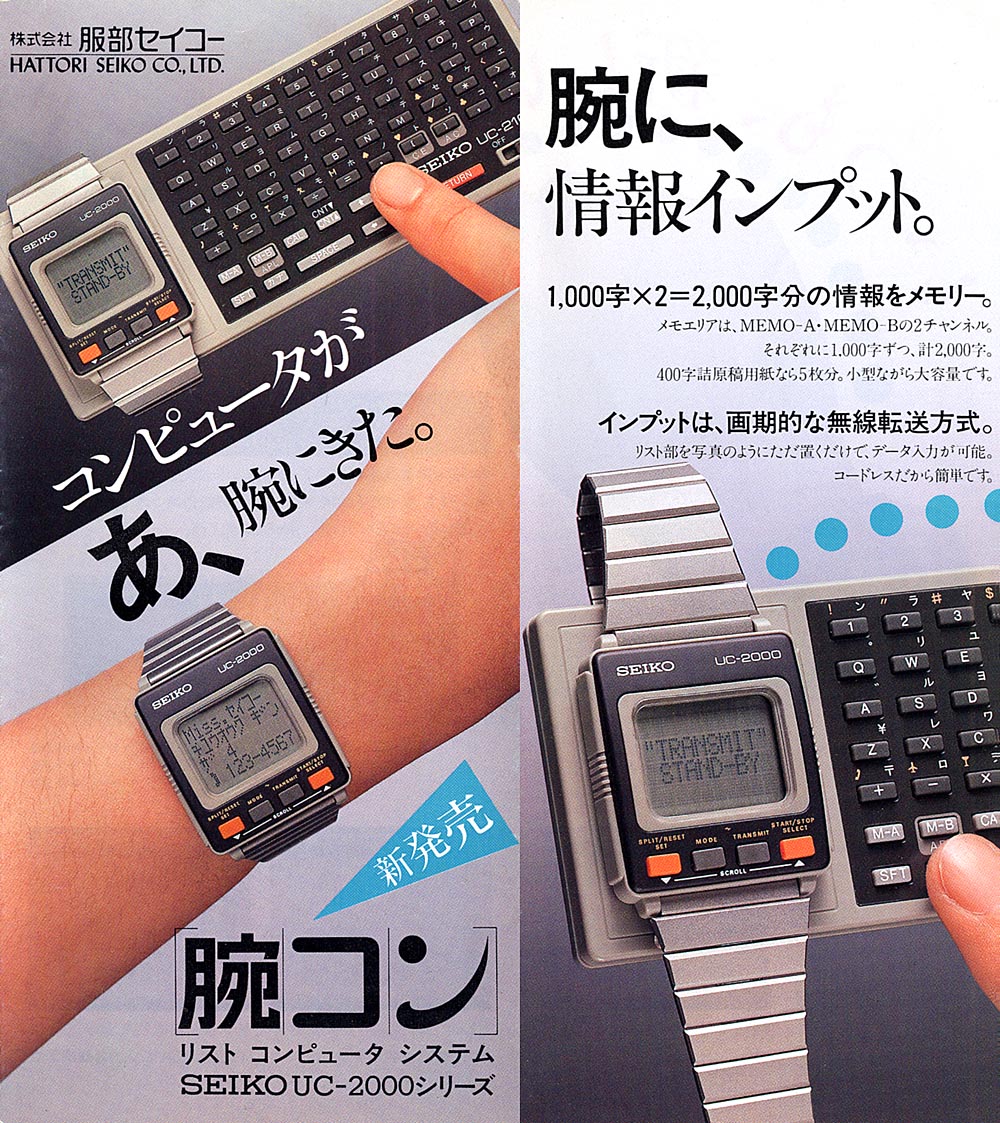 Yes, Seiko even tried pushing this device to those with desktop computers already. Since one could not easily transport a computer at the time, this device was offered to connect your watch to your home computer. There was a UC-2300 dock that was equipped with a transmission circuit, but it also had an interface for connecting to your home PC.

If R2-D2 was a PlayStation 4 Laptop, This is Exactly What the Astromech Would Look Like

It Looks Normal on the Outside, But Walk Into the Henn-na Hotel, and You’ll See It’s Run Entirely by Robots