The BMW Vision iNEXT, first revealed earlier this year, provides an insight into the future of personal mobility, and it just made its world premiere at the 2018 Los Angeles Auto Show. This all-electric SUV encompasses the automaker’s strategic innovation fields – Autonomous driving, Connectivity, Electrification and Services (ACES) – into a single vehicle, while its design lends them visual expression (D+ACES) and offers a glimpse into the future face of driving pleasure. Power comes from front- and rear-mounted motors, paired with a battery tray under the floor, that enable it to accelerate from 0-62mph sprint in approximately four seconds, while offering a driving range of 380 miles on a single charge. Read more for a making of video, additional pictures and information.

The oversized kidney grille is not for aesthetics, but is rather a panel that conceals the required sensors for its high-level autonomous driving system. The interior features a mix of wood, fabric and metal accents, several digital displays, along with front seats that are divided by a table-style console. Once you start up the car, there are two driving modes to choose from: Boost and Ease. The first one is manual mode, and the latter automatically folds away the steering wheel folds for autonomous driving. 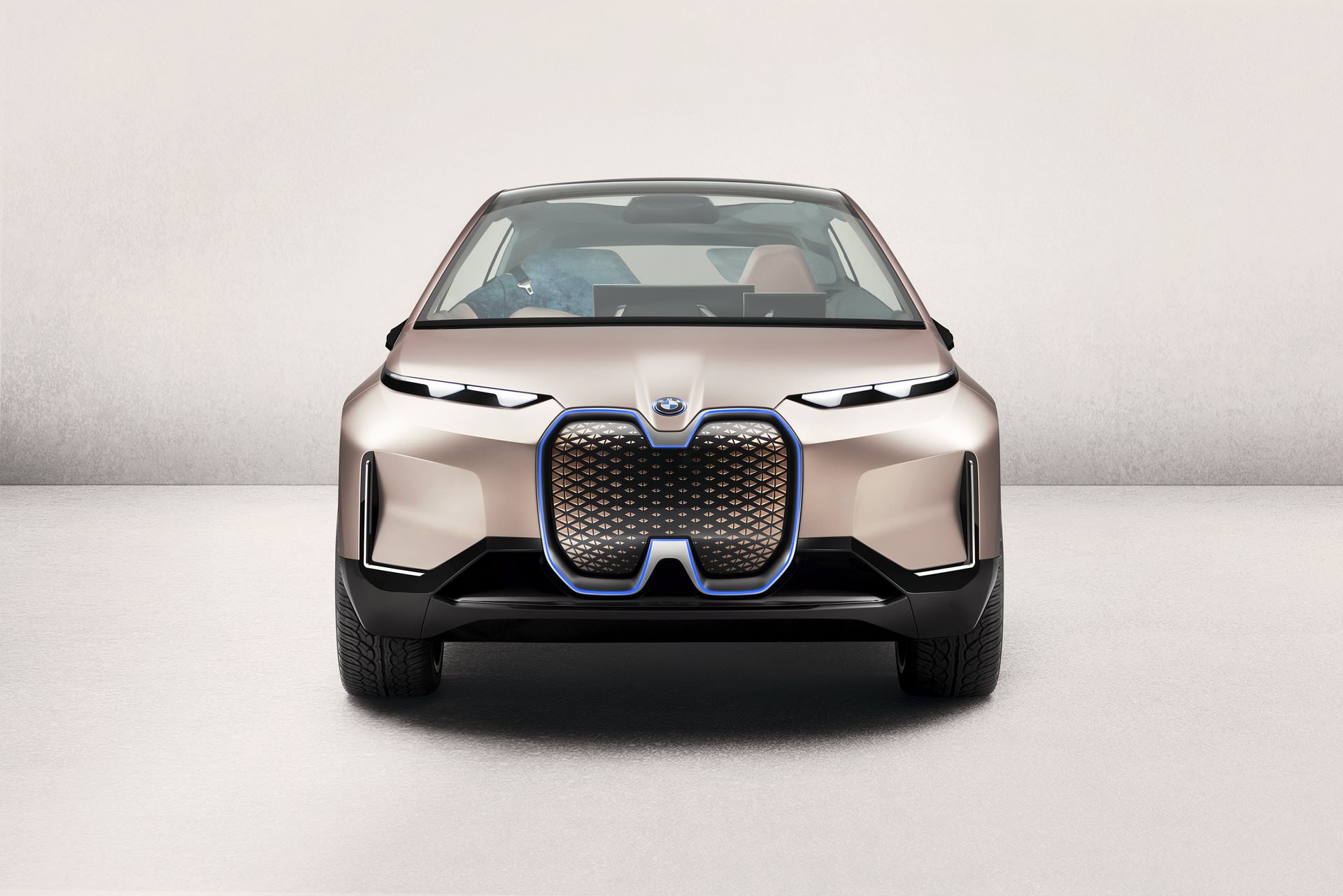 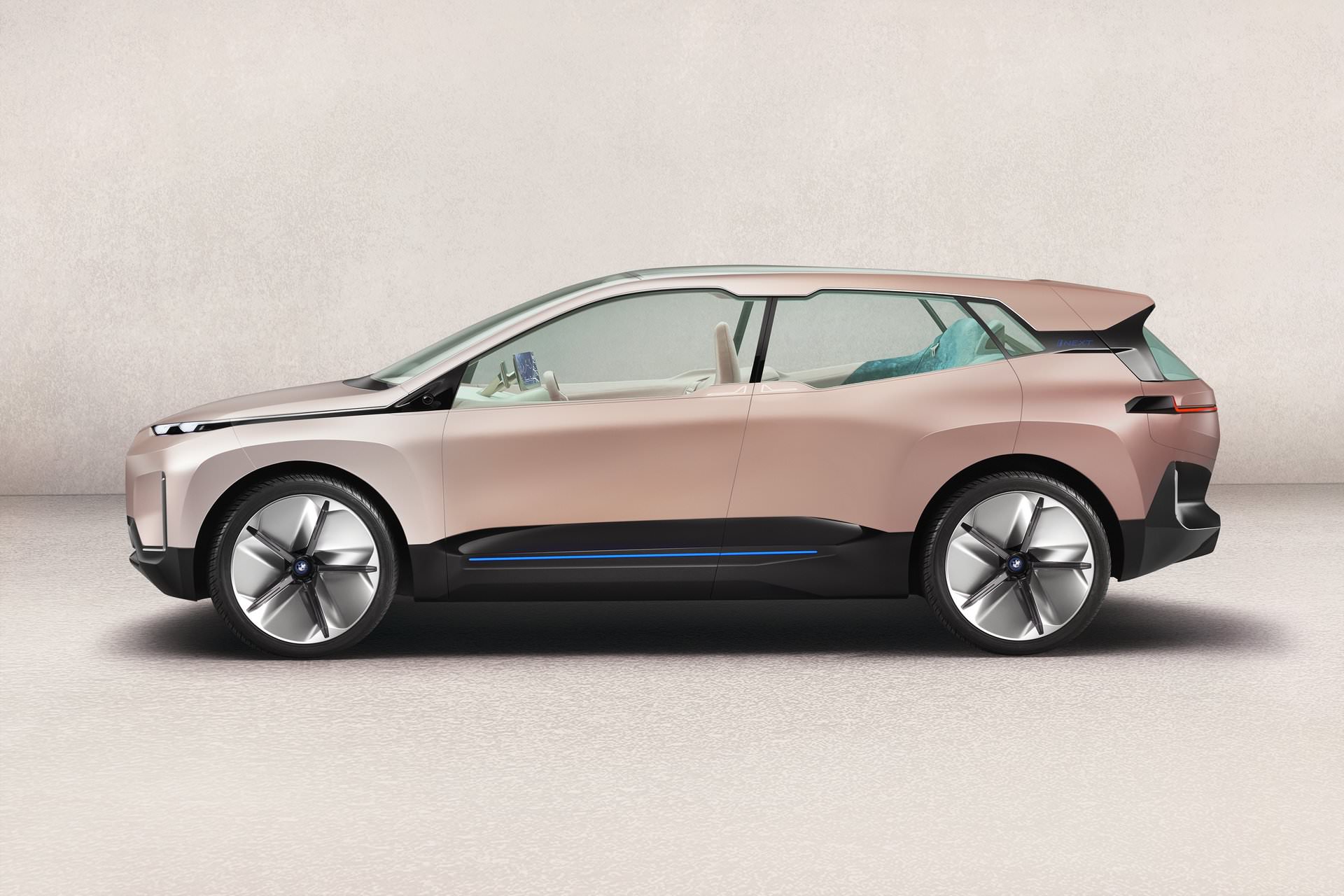 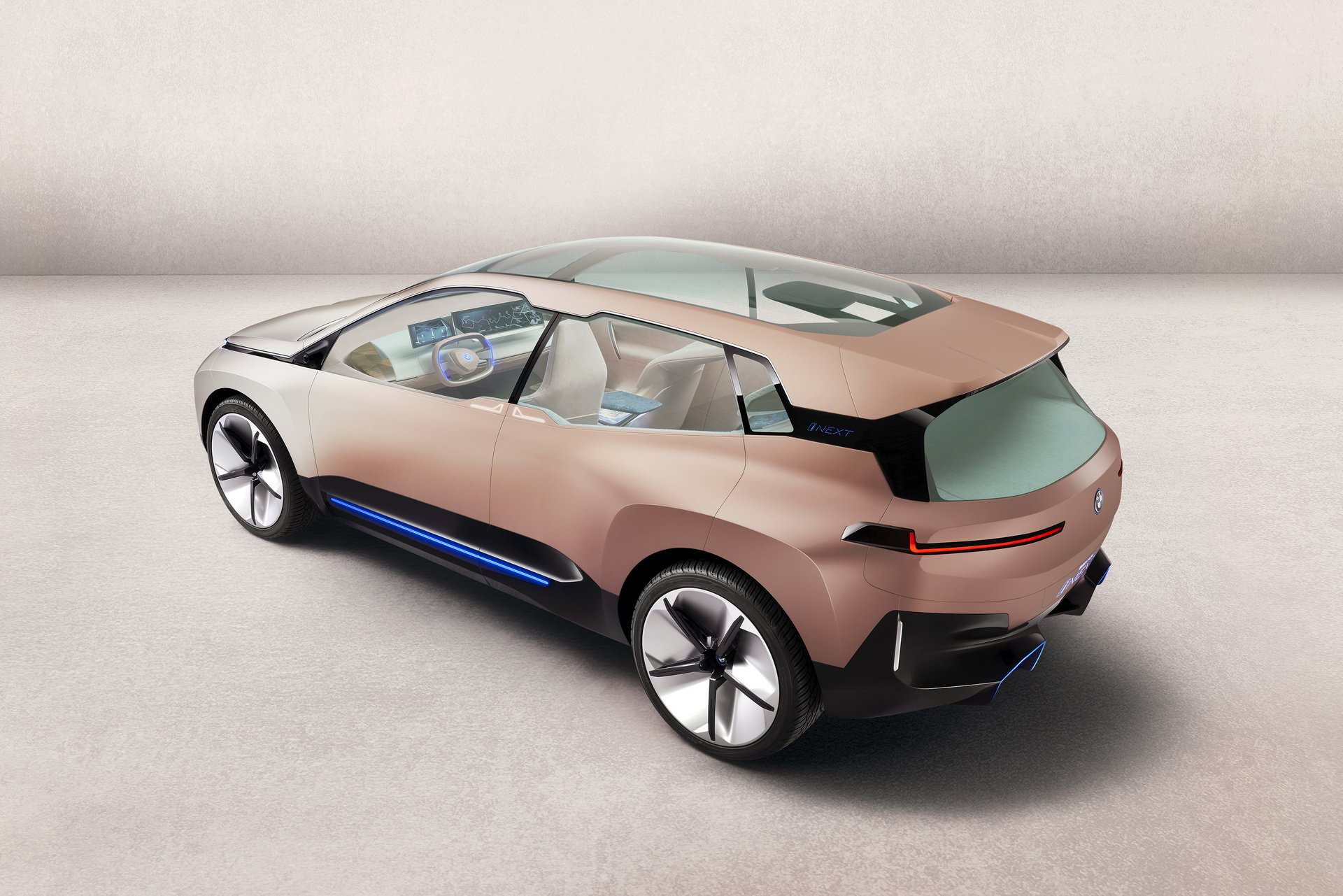 There is virtually no need for displays or buttons since functions can be operated using surfaces made of materials such as wood or cloth, like the Jacquard cloth upholstery in this luxurious SUV. Control of the vehicle is targeted in every respect to the requirements of the passengers traveling in it. 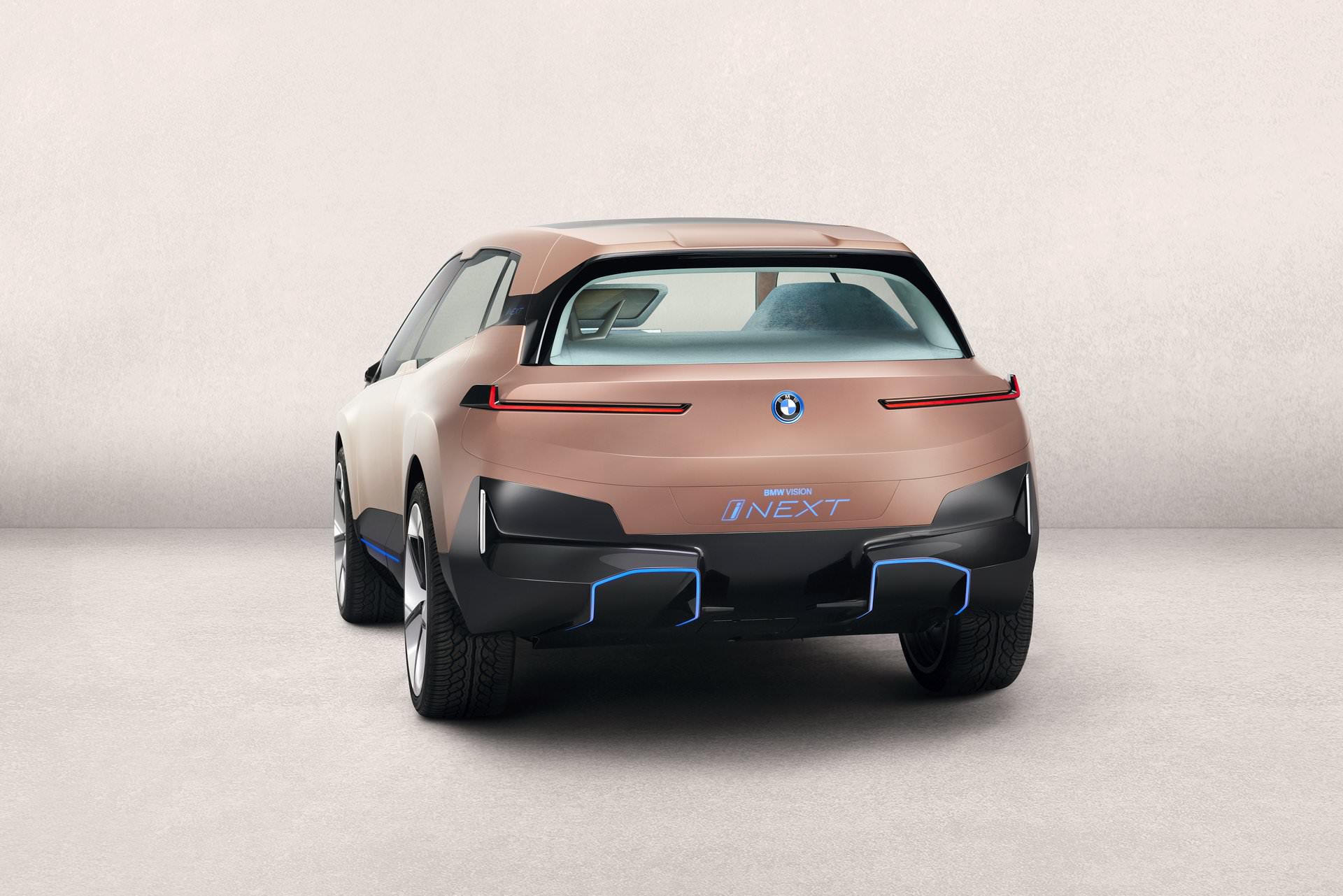 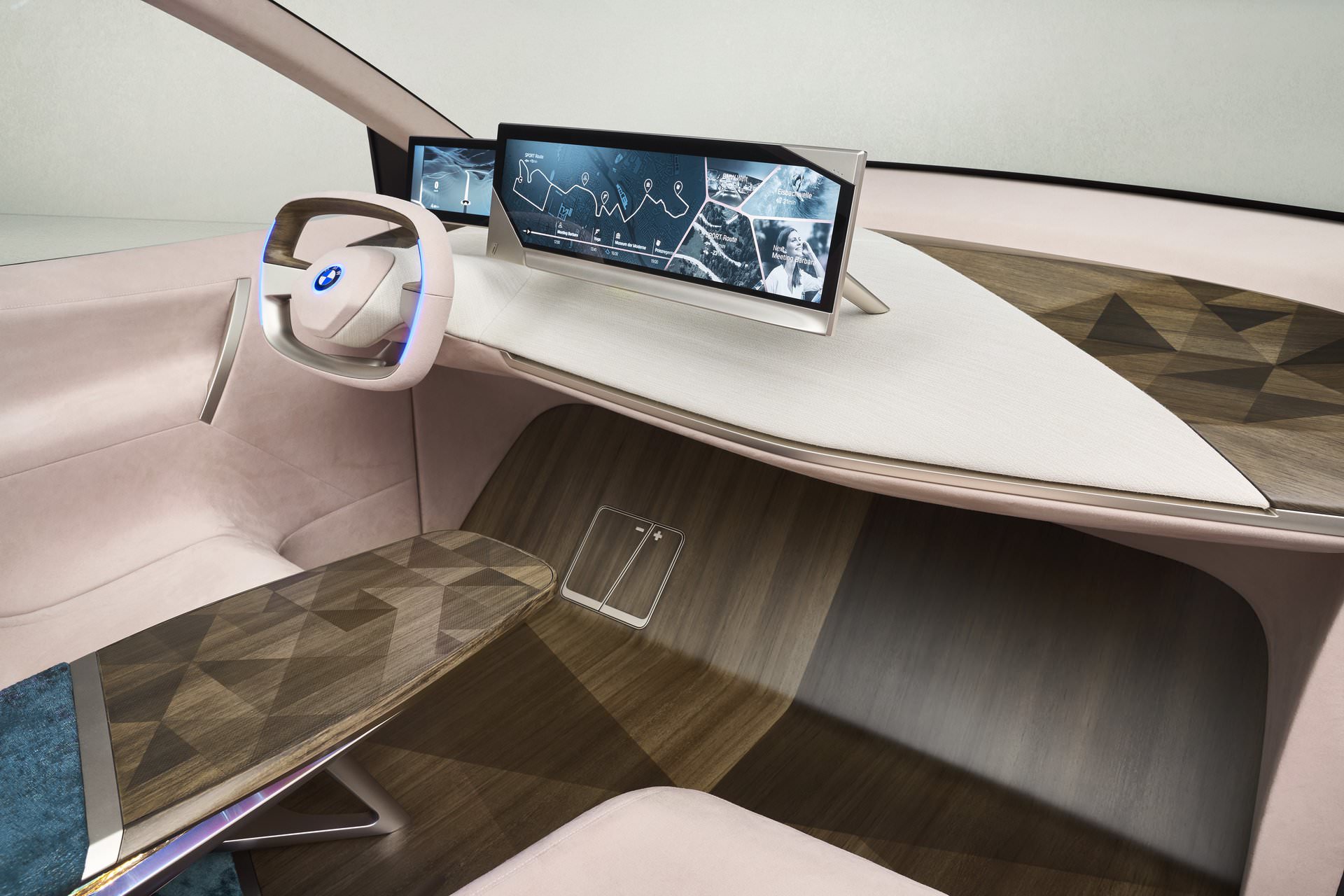 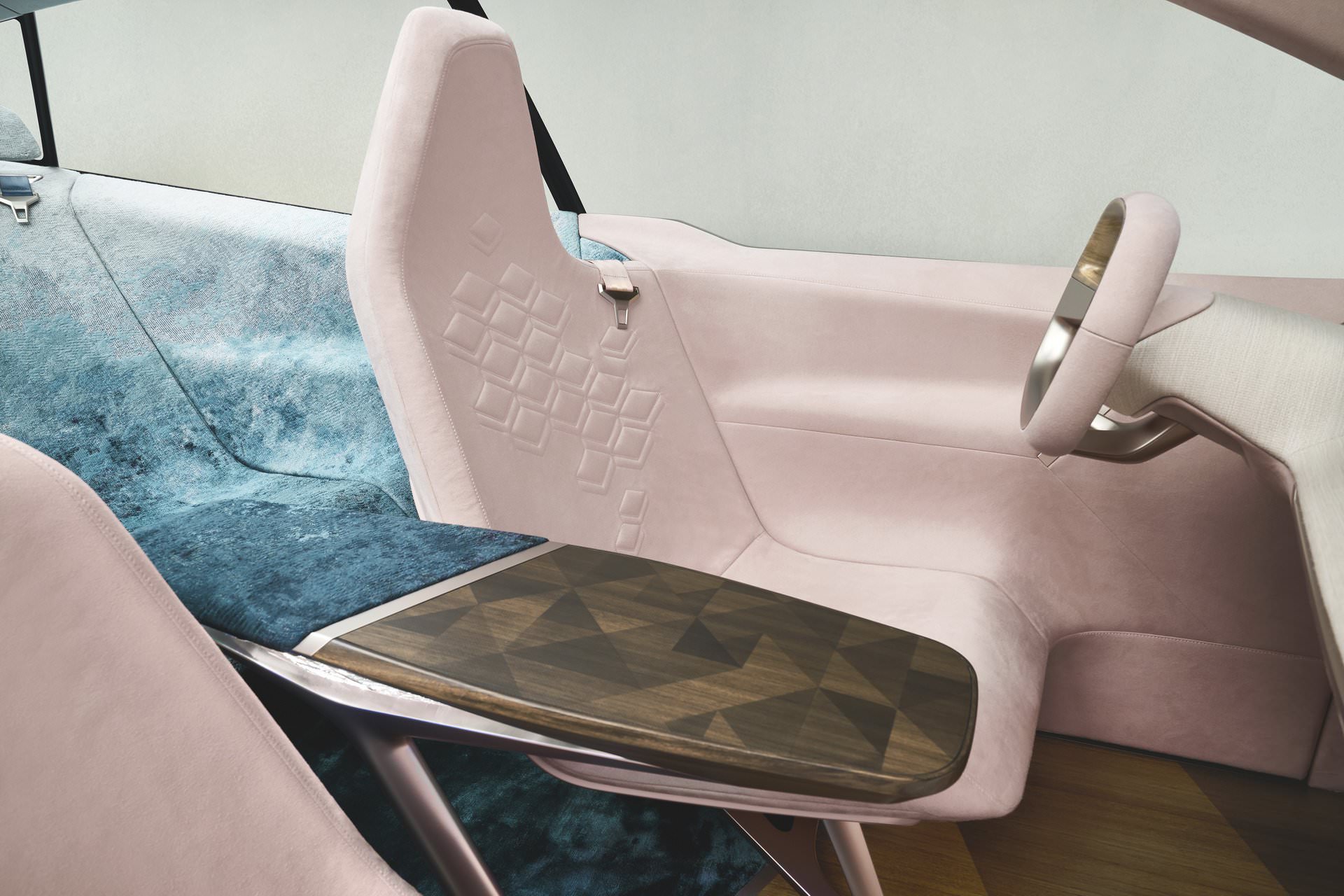 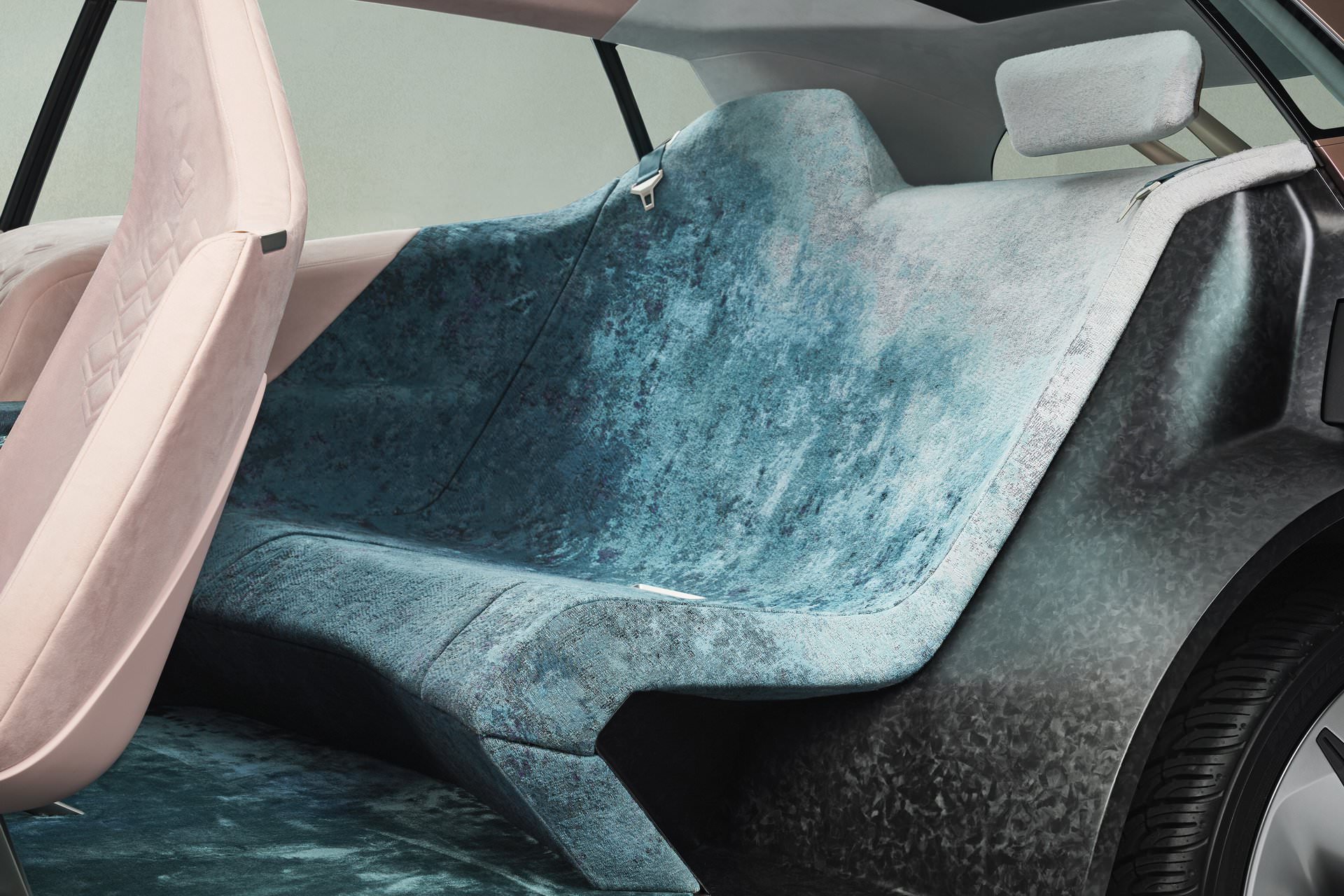 “The BMW Vision iNEXT features a very modern take on the classical BMW four-eyed front end, complete with super-slender headlights, while cameras (rather than exterior mirrors) show what’s happening behind. The BMW iNEXT production model will roll off the assembly line at Plant Dingolfing from 2021, the new technological flagship transporting the company’s strategic innovation fields (D+ACES) onto the road,” according to a BMW press release.