At first glance, this appears to be a 1982 Montgomery Ward boombox, but upon closer inspection, you’ll realize that there’s a functional Super NES Classic console built-in. How much did this modification cost? When all was said and done, around $250, and considering how cool it looks, that definitely isn’t too bad at all. Plus, it can play Super Mario World and twenty other games. Read more for a video and additional information.

This battery-powered hybrid device was a straightforward build. The Montgomery Ward boombox already had a small black-and-white TV screen next to the cassette deck, so Colin just had to replace that with a modern LCD display. Next, he took the SNES Classic hardware, which consists of a tiny circuit board, and installed that onto the bottom left of the boombox casing below the speaker. That’s where you’ll also find the controller ports and reset switch. 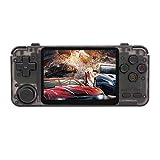 Building the SNES Boombox took about a week (working on it an hour or so a day after work). It definitely required some trial and error for me to get everything to work and fit inside the boombox. I was born in the early 80’s so I grew up with a boombox and a Super Nintendo,” said its creator to Kotaku.