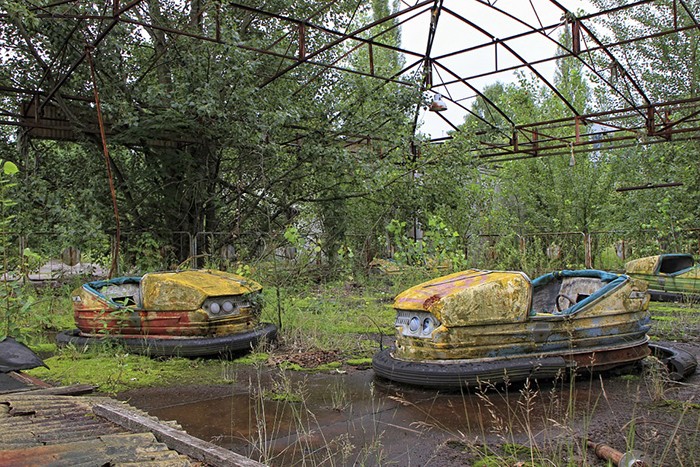 The Chernobyl Exclusion Zone is the officially designated exclusion zone around the site of the Chernobyl nuclear reactor disaster. Its purpose is to restrict access to hazardous areas, reduce the spread of radiological contamination and conduct radiological and ecological monitoring activities. Today the Exclusion Zone is one of the most radioactively contaminated areas in the world and draws significant scientific interest for the high levels of radiation exposure in the environment, as well as increasing interest from tourists. Continue reading for more strange places that you may not have known about. 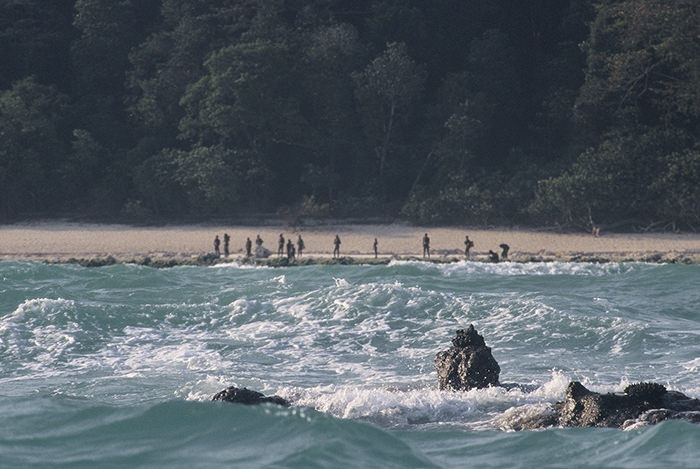 North Sentinel Island is home to the Sentinelese who, often violently, reject any contact with the outside world, and are among the last people worldwide to remain virtually untouched by modern civilization. As such, only limited information about the island is known. In practice, Indian authorities recognize the islanders’ desire to be left alone and restrict their role to remote monitoring, even allowing them to kill non-Sentinelese people without prosecution, thus the island can be considered a sovereign area under Indian protection. 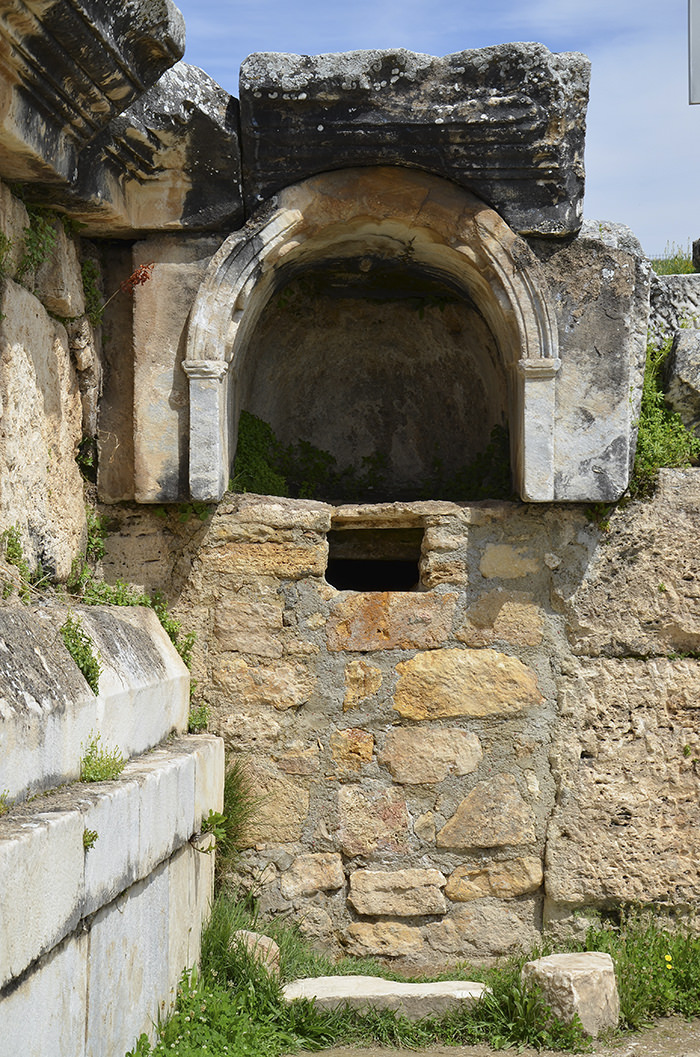 Pluto’s Gate, located in the ancient city of Hierapolis near Pamukkale in modern Turkey’s Denizli Province, is built on top of a cave which emits toxic gases, hence its use as a ritual passage to the underworld. Ritual animal sacrifices were common at the site. Animals would be thrown into the cave and pulled back out with ropes that had been tied to them. Archaeologists noted that the fumes emitted from the cavern still maintain their deadly properties as they recorded passing birds, attracted by the warm air, suffocated after breathing the toxic fumes. 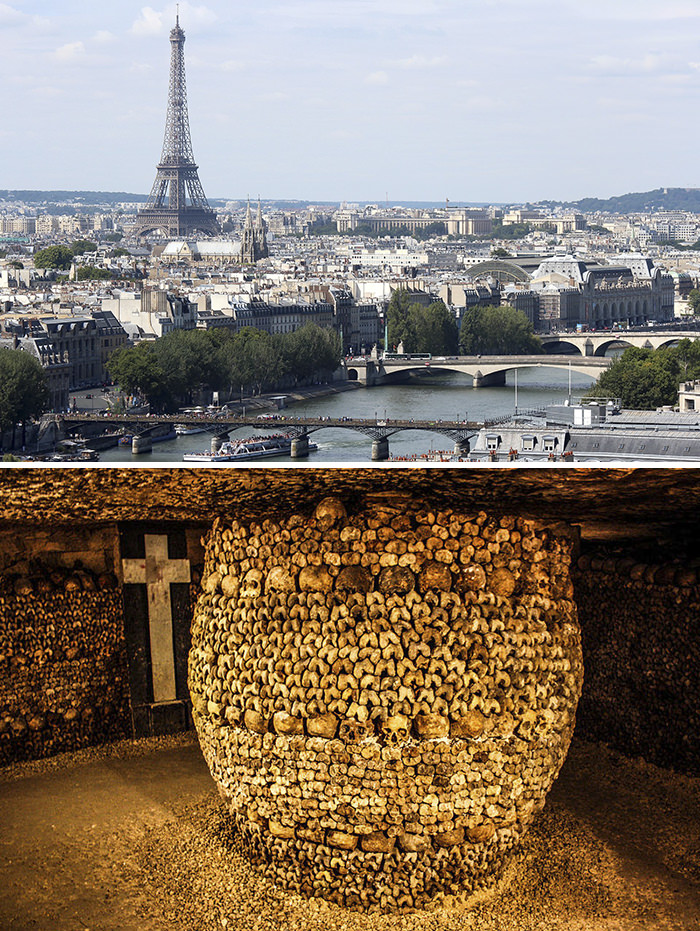 The Catacombs of Paris hold the remains of more than six million people in a small part of a tunnel network built to consolidate Paris’ ancient stone mines. Extending south from the Barriere d’Enfer (“Gate of Hell”) former city gate, this ossuary was created as part of the effort to eliminate the city’s overflowing cemeteries. Preparation work began not long after a 1774 series of gruesome Saint Innocents-cemetery-quarter basement wall collapses added a sense of urgency to the cemetery-eliminating measure, and from 1786, nightly processions of covered wagons transferred remains from most of Paris’ cemeteries to a mine shaft opened near the Rue de la Tombe-Issoire. 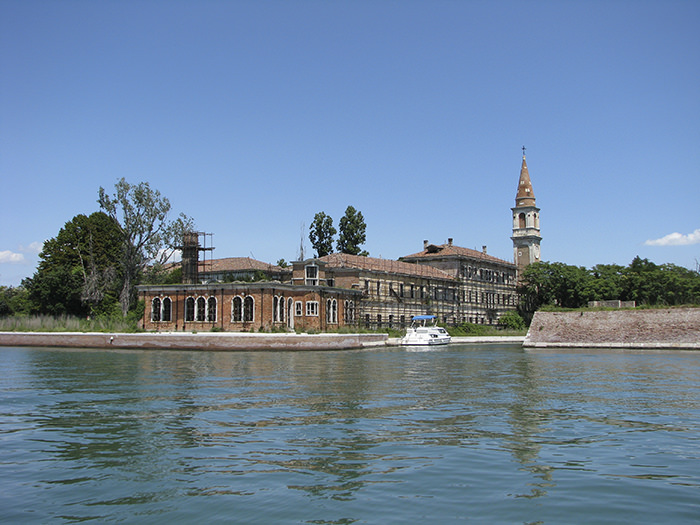 Poveglia is a small island located between Venice and Lido in the Venetian Lagoon, northern Italy. A small canal divides the island into two separate parts. Some time after the island had become a quarantine station for ships arriving at Venice in the 18th century, a plague was discovered on two ships. The island was sealed off and used to host people with infectious diseases, leading to legends of terminally ill Venetians waiting to die before their ghosts returned to haunt the island. 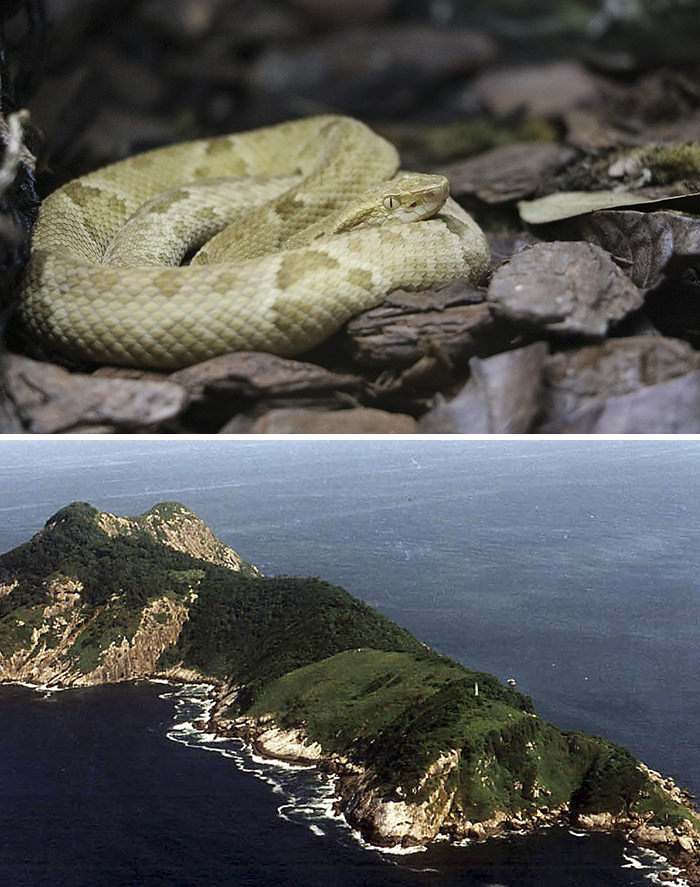 Snake Island is located off the coast of Brazil in the Atlantic Ocean, and has many different types of terrain, ranging from bare rock to rainforest, and a temperate climate. It’s the only home of the critically endangered, venomous Bothrops insularis (golden lancehead pit viper), which has a diet of birds. The snakes became trapped on the island when rising sea levels covered up the land that connected it to the mainland, leaving them to adapt to their environment, increasing rapidly in population. The island is now rendered dangerous to public visitation and closed to the public in order to protect this snake population; access is only available to the Brazilian Navy and selected researchers vetted by the Chico Mendes Institute for Biodiversity Conservation, the Brazilian federal conservation unit.