CIMON (Crew Interactive Mobile Companion), a 3D-printed, AI robot created to help astronauts, has made its debut aboard the International Space Station. Featuring a cartoon-like face that interacts with astronauts, with the first being German Alexander Gerst, whom he will help conduct experiments. The 11-pound robot was developed by Airbus and IBM, the latter who, created the Watson AI. To start, it will work with Gerst three times on three different tasks – an experiment with crystals, working together to solve a Rubik’s cube and perform a complex medical experiment – totaling around three hours of work. Read more for another video and additional information.

Thanks to artificial intelligence, CIMON can respond to situations with lifelike emotions, such as happiness if a task goes well, or surprise, if something goes wrong. Currently, it’s programmed to recognize Gerst, who also helped select CIMON’s voice and its face, to kick off their newfound friendship. 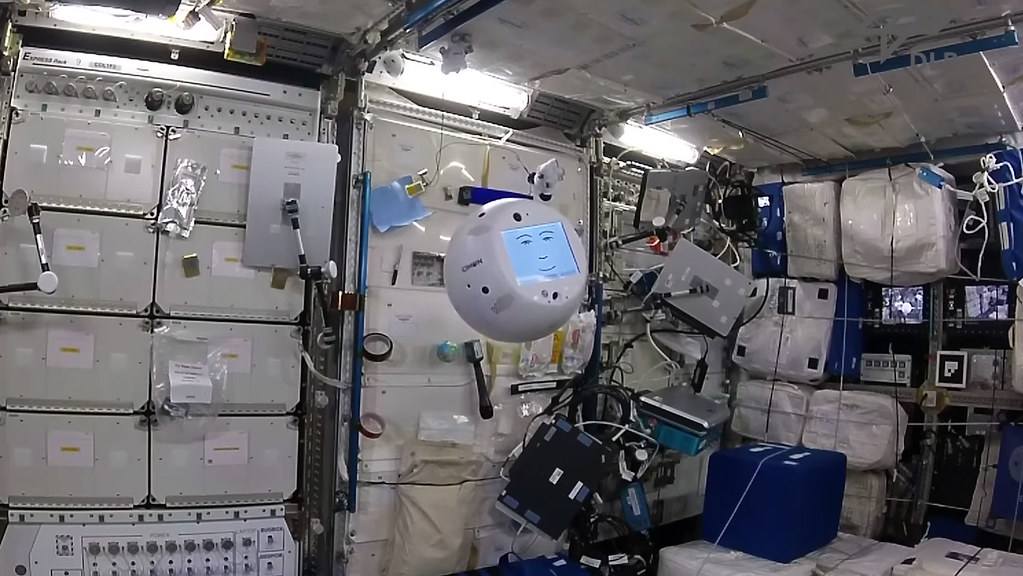 “Studies show that demanding tasks are perceived less stressful if they were done in cooperation with a colleague. CIMON helps enhance safety because it can help serve as an early warning system in case of technical problems,” said Matthias Biniok, an IBM Watson architect, in an email to NBC News MACH.

Sony PlayStation 5 (PS5) Gets Rendered Based on Leaks, Set for 2020 Release with 8-Core AMD Ryzen Processor