Photo credit: ESA/GCP/UPV/EHU Bilbao
A bizarre thin elongated cloud has recently appeared over the 12.4-mile high Arsia Mons volcano on Mars. It’s made up of water ice, and while it may look like a smoke plume linked to volcanic activity, its airflow is directly influenced by the volcano’s ‘leeward’ slope, or the non wind-facing side. The cloud can reach up to 1118-miles in length, and was photographed between July 17-19 by the Visual Monitoring Camera (VMC) on Mars Express, which has been studying the Martian surface from orbit for the past 16 years. Read more for another picture and additional information. 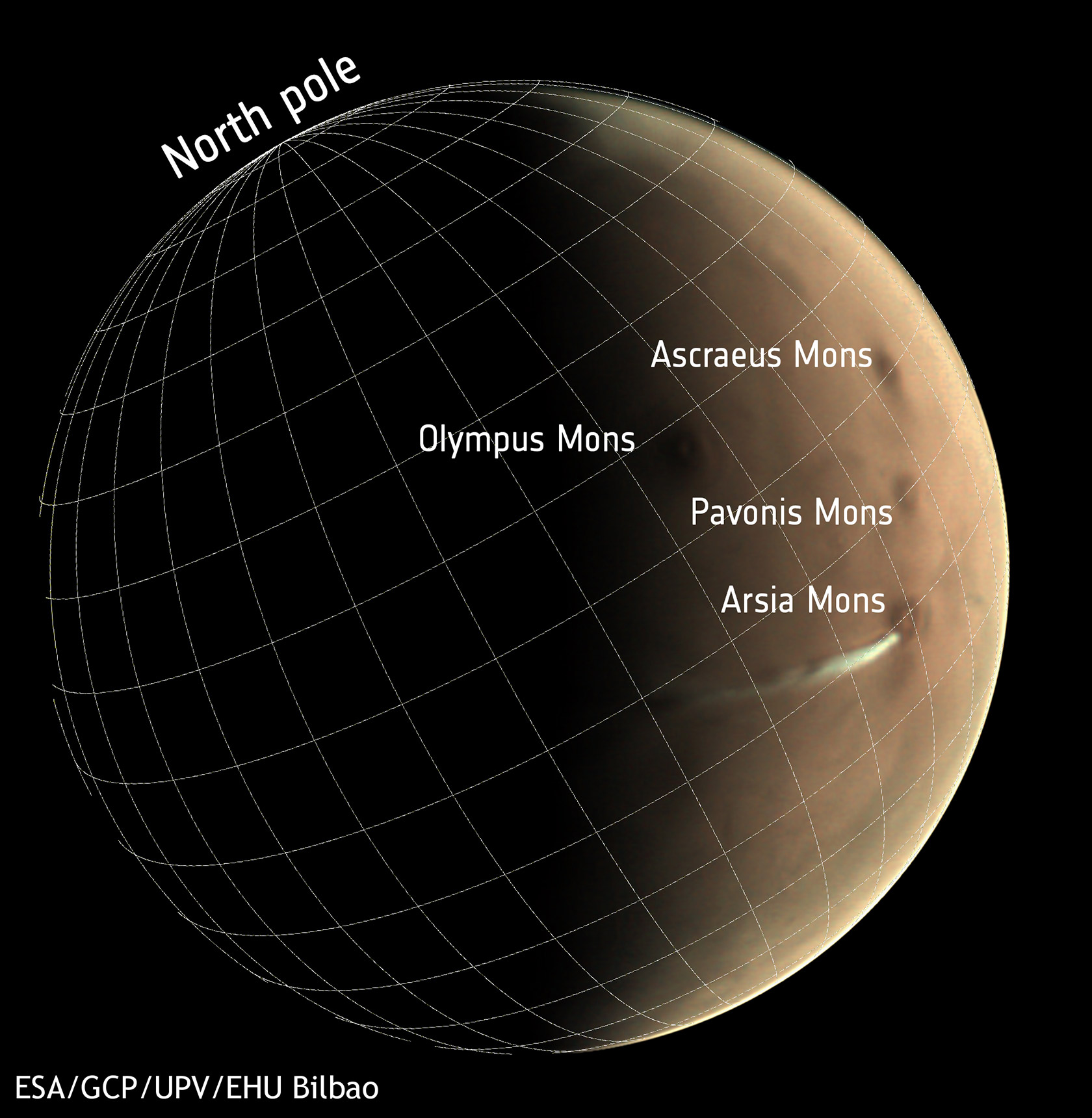 A sol (martian day) is only slightly longer than an Earth day at 24 hours, 39 minutes and 35 seconds long, while a year consists of 668 sols, or approximately 687 days. In the early mornings during the southern solstice, this fleeting cloud grows for around three hours, quickly vanishing again just a few hours later.

We have been investigating this intriguing phenomenon and were expecting to see such a cloud form around now. This elongated cloud forms every martian year during this season around the southern solstice, and repeats for 80 days or even more, following a rapid daily cycle. However, we don’t know yet if the clouds are always quite this impressive,” said Jorge Hernandez-Bernal, PhD candidate at the University of the Basque Country (Spain) and lead author of the ongoing study.