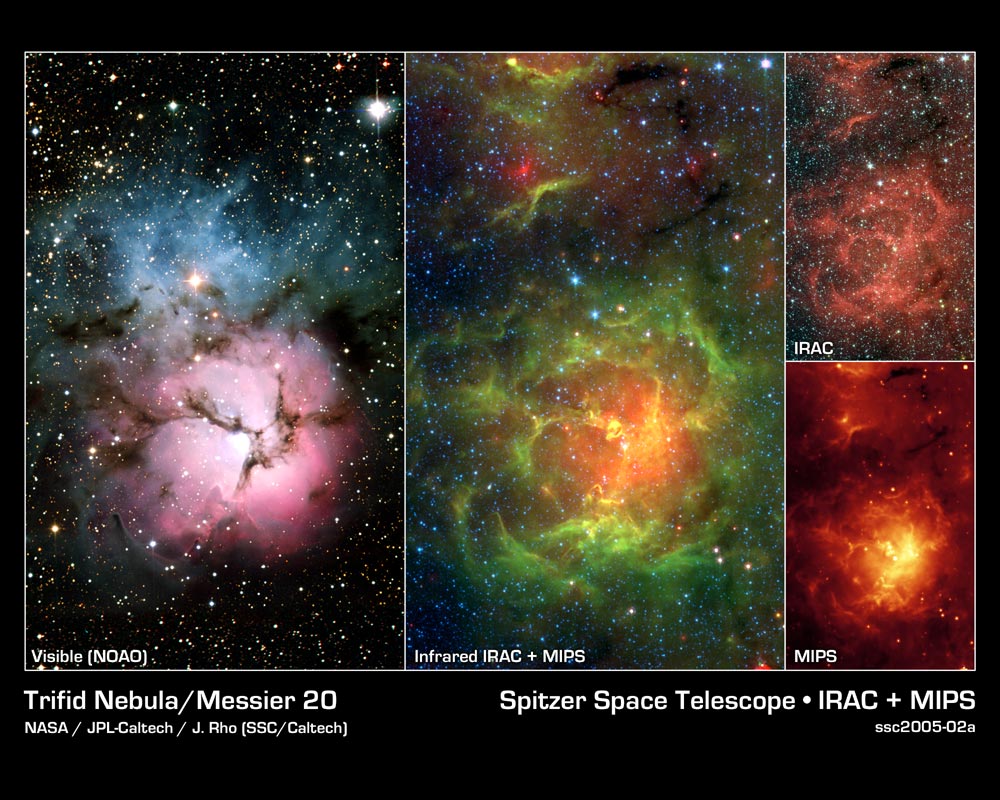 The Hubble Space Telescope has been in service for nearly three decades and has snapped many iconic images of the cosmos, but did you know that when it beams down images, astronomers have to make many adjustments,like adding color and patching multiple photos together? That’s right, the raw data is in black and white, since the telescope uses CCD (charge-coupled device) to record incoming photons of light. Read more for a video showing the process scientists have to go through to colorize each photo.

Hubble’s CCD cameras don’t measure the color of the incoming light directly, but rather uses various filters to let in only a specific wavelength range, or color, of light. Therefore, it can detect light throughout the visible spectrum as well as ultraviolet and infrared light, which is normally invisible to human eyes. The observatory often takes photos of the same object through multiple filters. Scientists then combine the images, assigning blue light to the data that came in through the blue filter, for example, red light to the data read through the red filter and green light to the green filter, to create the breathtaking images you’re familiar with.

“We often use color as a tool, whether it is to enhance an object’s detail or to visualize what ordinarily could never be seen by the human eye,” said NASA officials explain on the agency’s Hubble Web site.

Guy Posts Image of Sneakers on His Ferrari to Instagram, Gets Threatening Letter from Automaker