Iranian photographer Alireza Rostami didn’t want to throw out his very first computer, acquired 20 years ago, after it decided to stop working. So, he wanted to give it a second life not in a junkyard, and this camera was born. The project required that he construct a light-sealed box for the camera body using parts from the old computer, along with a few others, and then some light-blocking paper. Read more for additional pictures and a sample image captured by the camera. 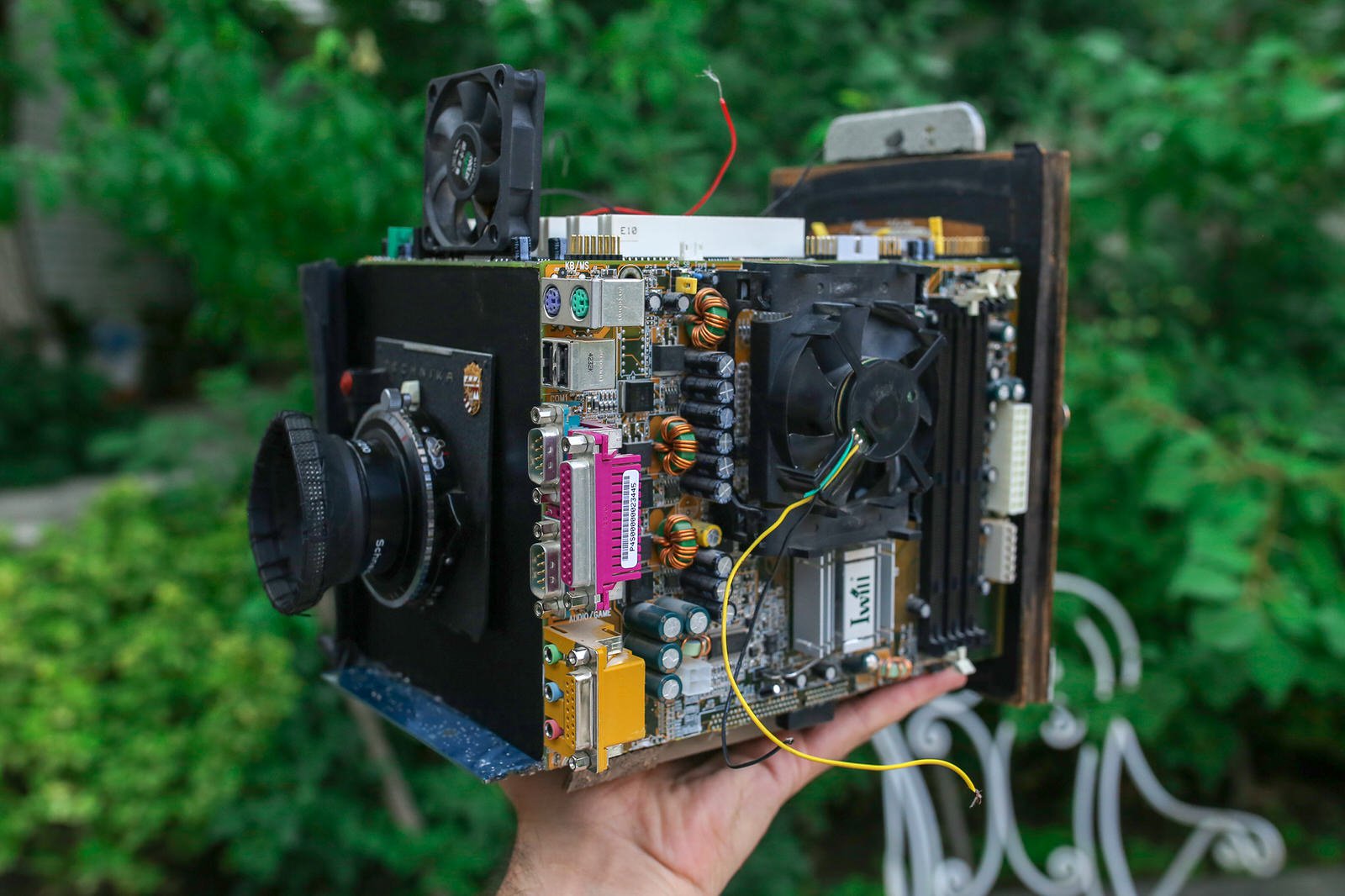 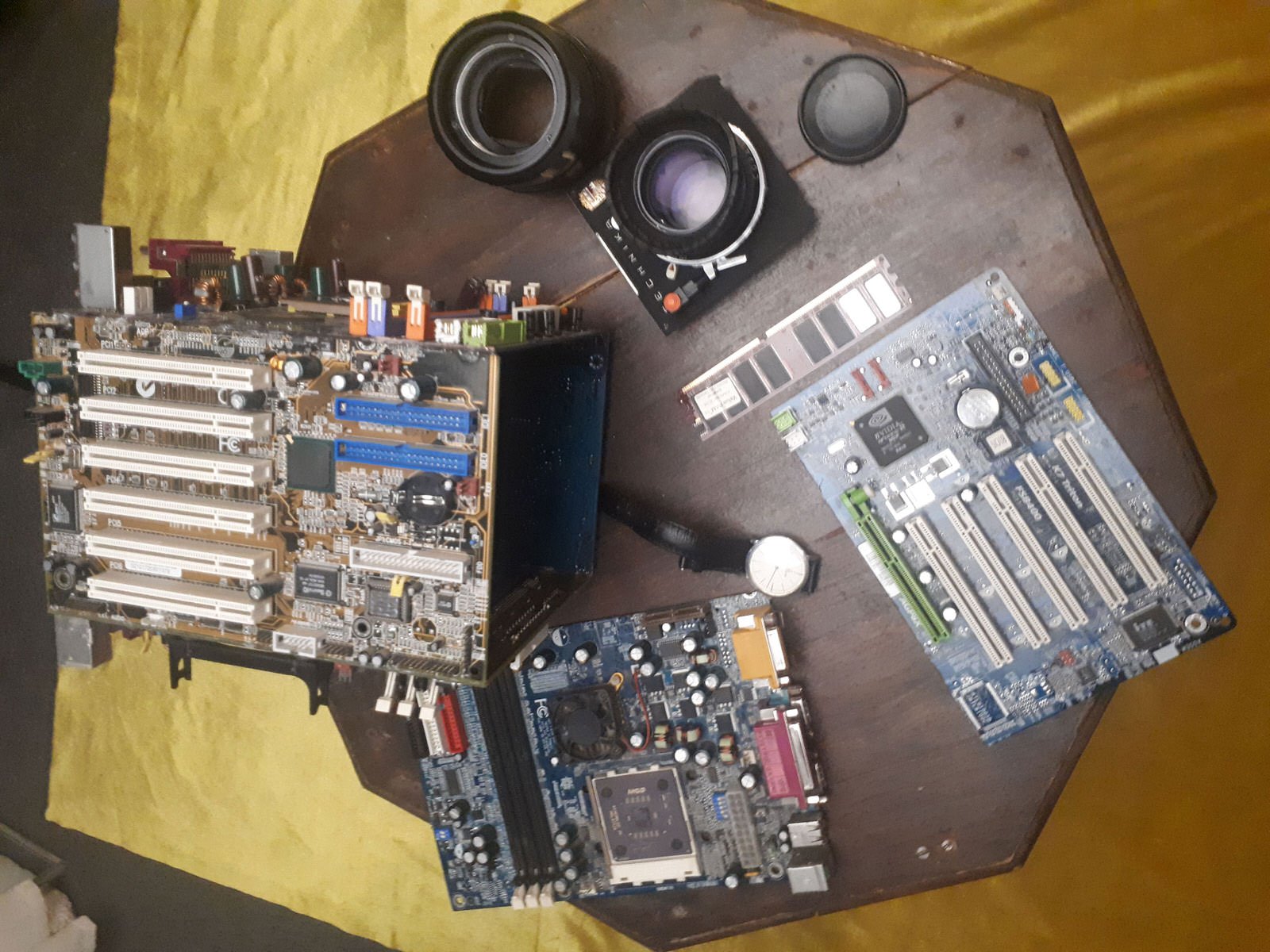 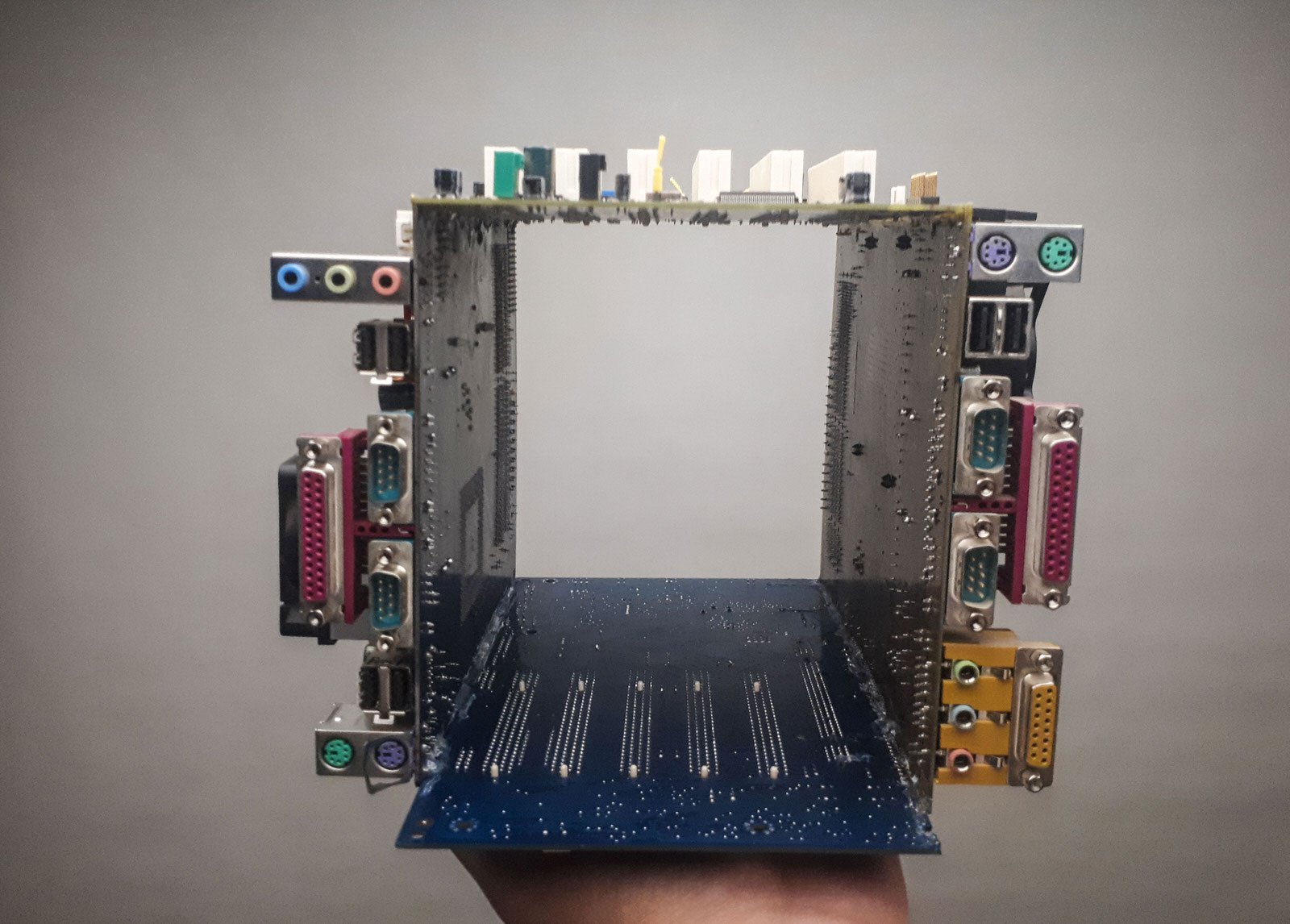 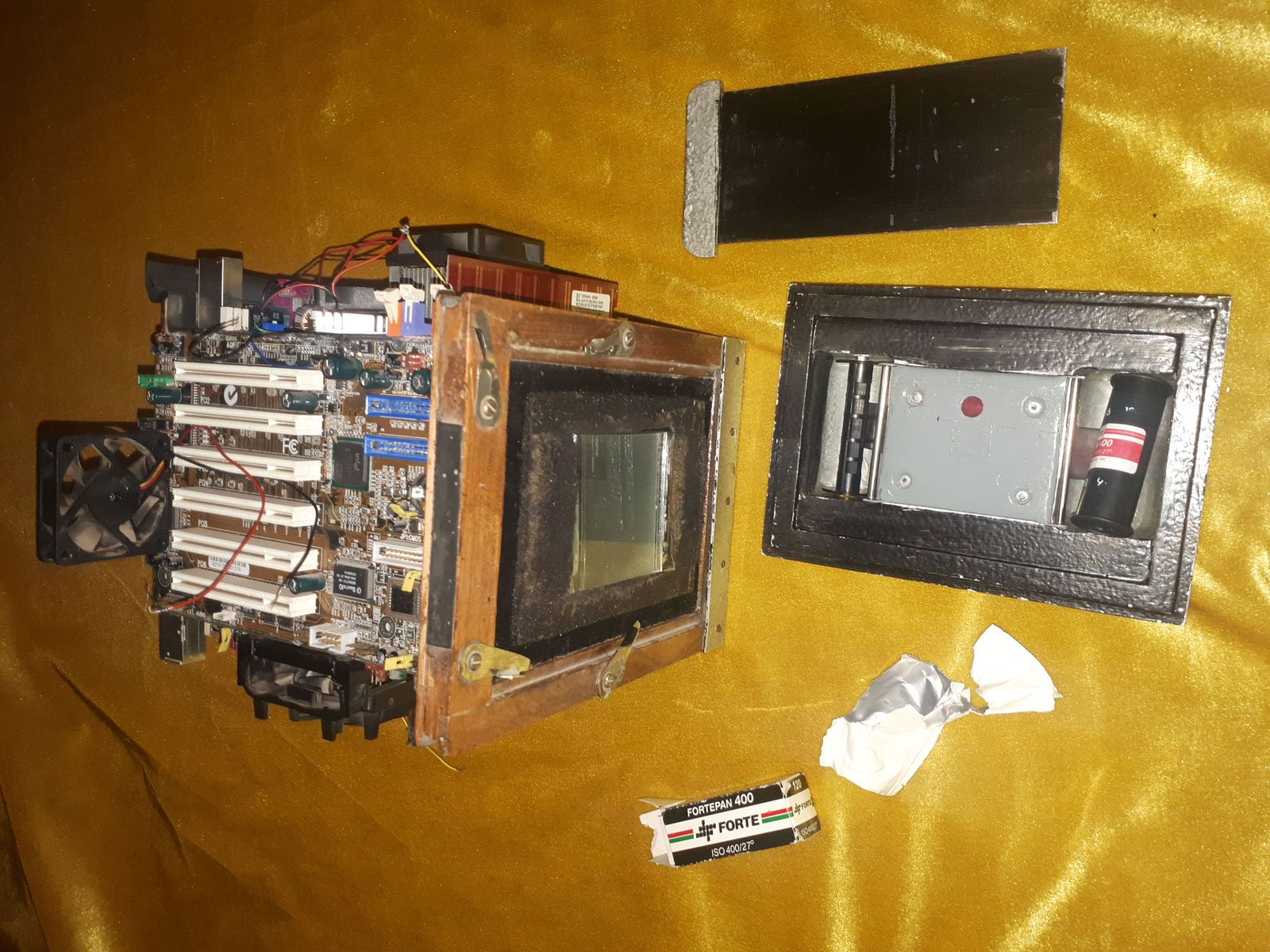 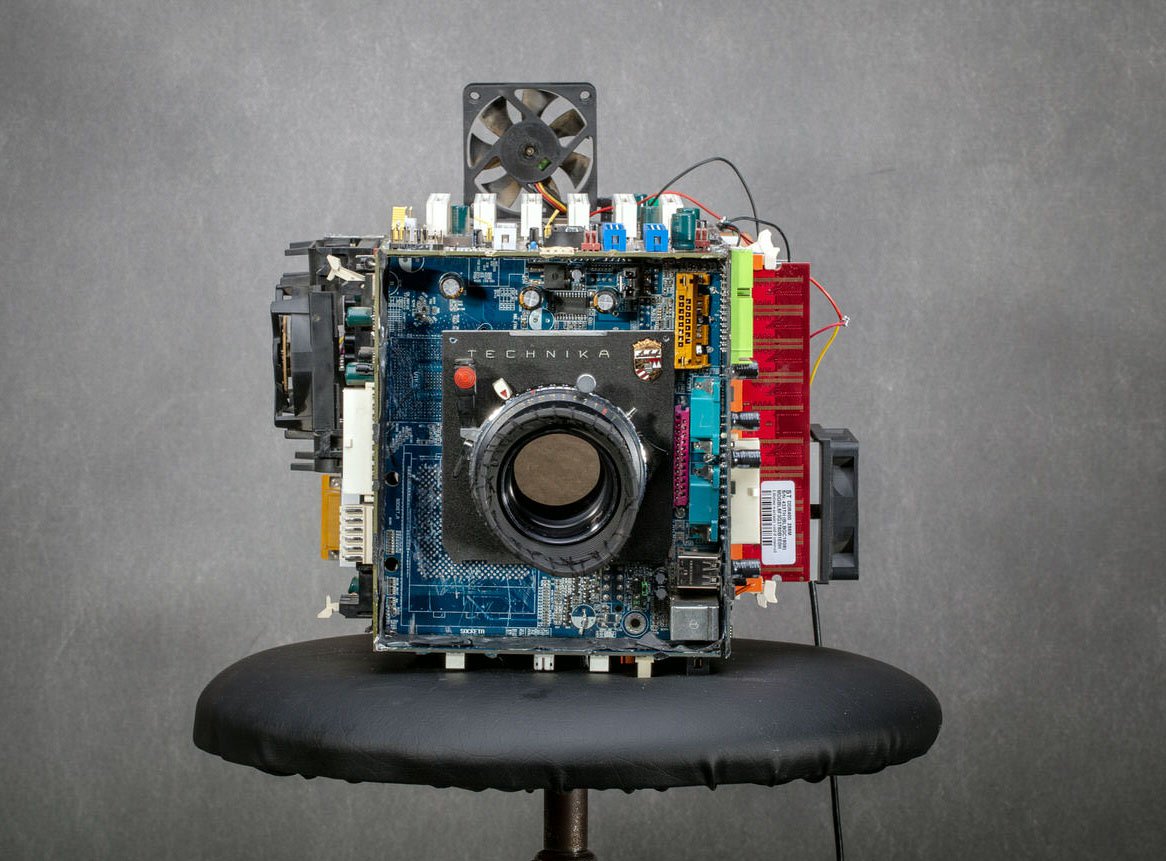 As you can see, the final product is a smorgasbord of circuit boards, with a lens thrown in, but it does work to say the least. A wooden backing in the rear was required to hold film and then a Linhof lens mount was added on the front. The camera is more suited for vintage-style selfies, but Rostami hopes to one day create a computer that doubles as a camera. 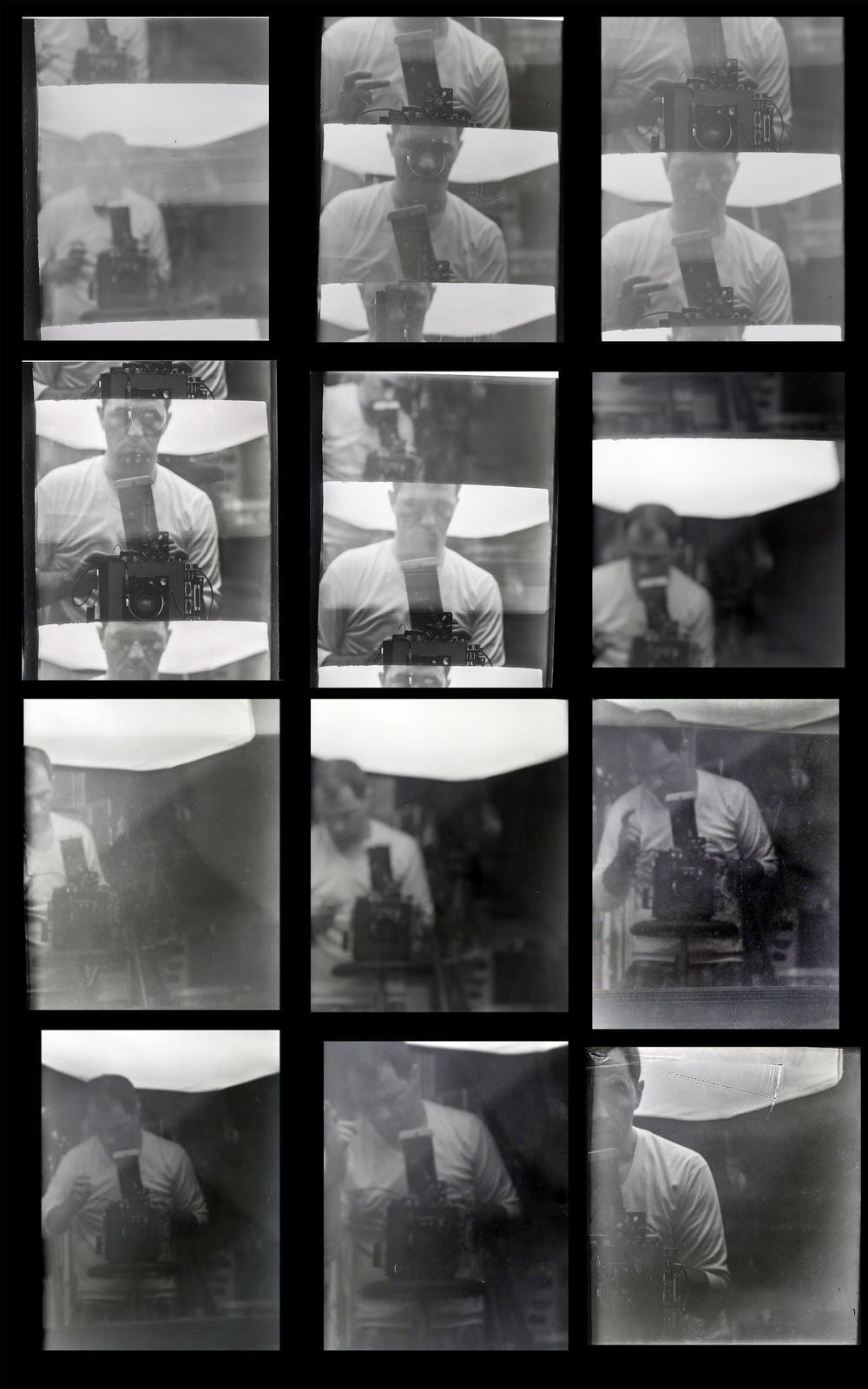