H/t: Laughing Squid
Tandem bicycles are a rare sight these days, or at least in the big city, but that didn’t stop this group from installing one on the hood of a Honda Civic. Unfortunately (or fortunately), the original engine had to be removed to make way for the bicycle. Riding this around town garnered attention from random strangers as well as the police, especially since the crew decided to take it through a McDonald’s drive-thru. Read more for a video and additional information.

On a related note, did you know that patents related to tandem bicycles date all the way back to the mid 1880s? That’s right, Mikael Pedersen developed a two-rider tandem version of his Pedersen bicycle that weighed 24 pounds, and a four-rider, or “quad”, that weighed 64 pounds, around 1898. However, their popularity began to decline after World War II until a revival started in the late 1960s and into the 1970s when The Tandem Club was founded in the UK. 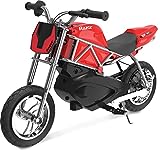 Nintendo’s Super Mario World Gets a Widescreen Mod, Here’s Where to Download It

Kernel Claims Its $50,000 Flow Brain-Computer Helmet Can Read Your Mind