Back to the Future fans rejoice! John Z. DeLorean’s iconic DMC-12 started with just an ambitious idea – a Wankel-powered sportscar – that was plagued by production pressures and other issues to become a shadow of DeLorean’s ultimate goal. Rich Weissensel has no problem chopping up a few of these fine specimens to create custom vehicles, like the monster truck that you see above. Continue reading for five more custom DeLoreans you definitely won’t see in Back to the Future. 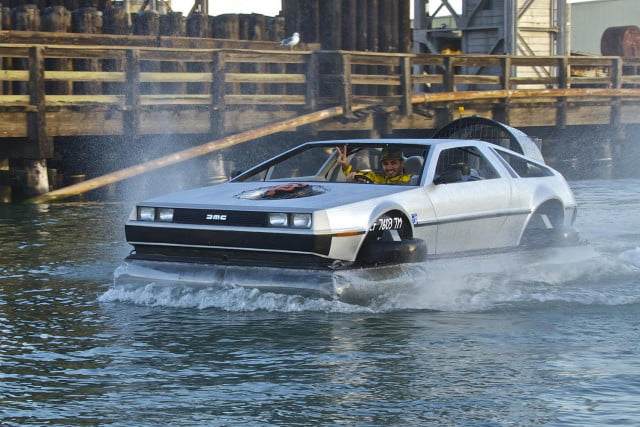 Matt Riese’s DeLorean hovercraft may not be able to transport you back to 1955, but it does work on both land and sea. This custom hovercraft achieves lift with a 6-horsepower lawnmower engine to power a 24-inch fan, which is used to build up a cushion of air underneath. Forward momentum is provided by a 16-hp Briggs & Stratton two-cylinder utility engine, giving the craft a top speed of 23 mph. 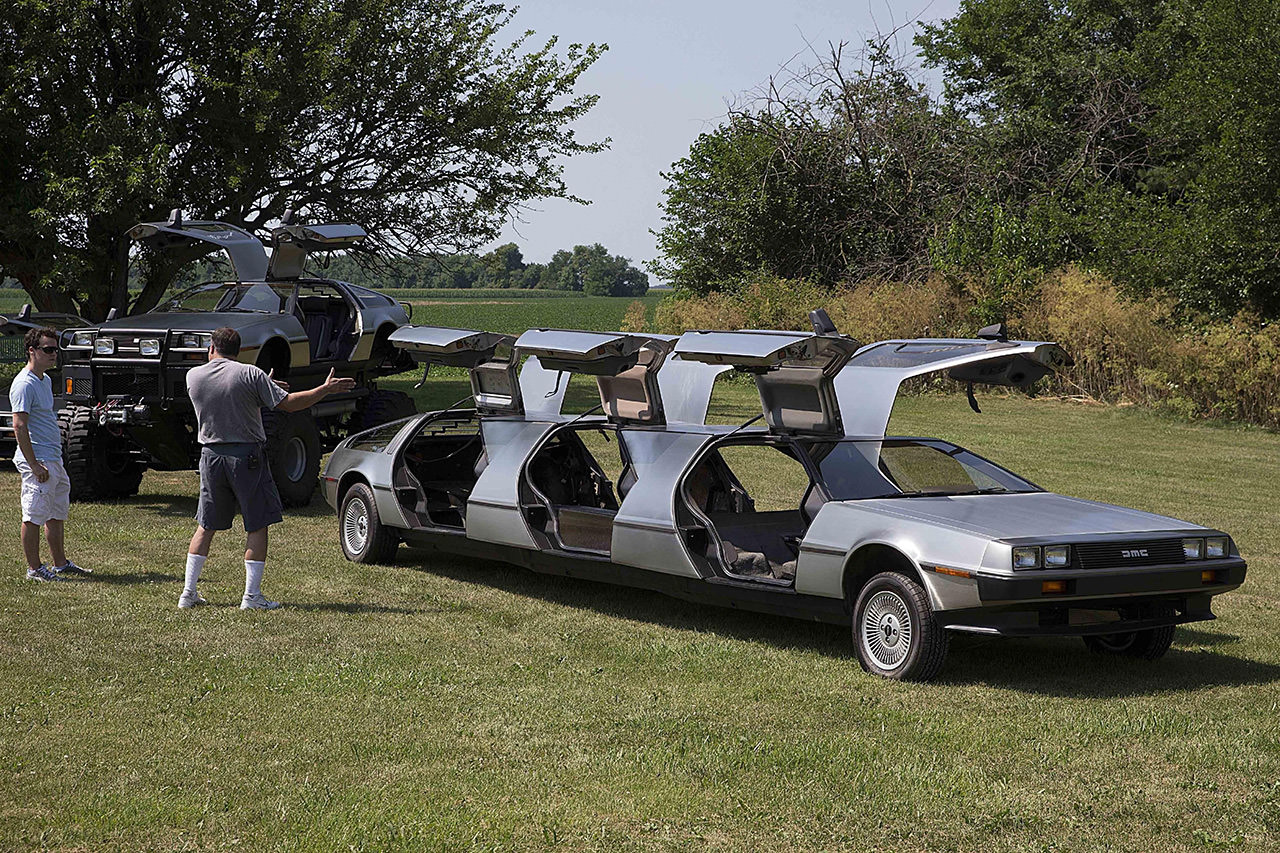 Not only does Rich Weissensel own the DeLorean monster truck, but also a limousine based on the famous DMC-12. What you may not know is that he first met founder John DeLorean at a Cleveland auto show back in 2000, and after speaking with him, he began sketching ideas. The next morning he presented John his rough mock-ups over breakfast. “John told me, ‘Well, if you think you can do it, do it.’ He probably thought I was crazy. But two years later, I had two or three of the projects done and ready for display at a DeLorean car show,” said Weissensel. 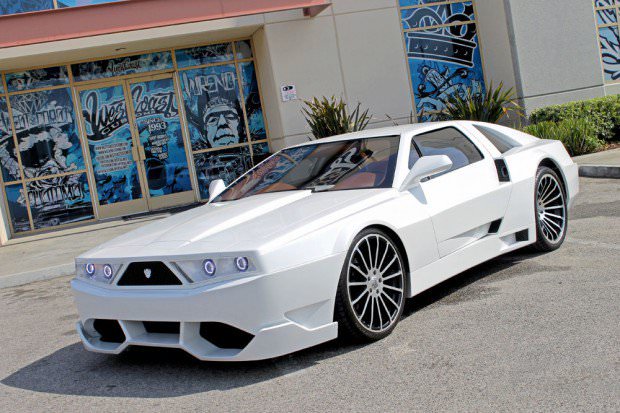 This custom DeLorean is owned by none other than Will.I.Am of the Black Eyed Peas, and it’s called ‘IAMAUTO’. What exactly did West Coast Customs do? First, they stripped the vehicle down to its bare framework, and then installed a custom wide body kit that consists of over twelve fiber glass body parts. Custom LED/HID headlights were then molded into a sunken in headlight bezel, while the hood was completely revamped, and given a low profile cowl. Fortunately, the Gull Wing doors are still there, complete with widened door sills. Last, but not least, it was fitted with 20″ multi-fin all aluminum wheels. 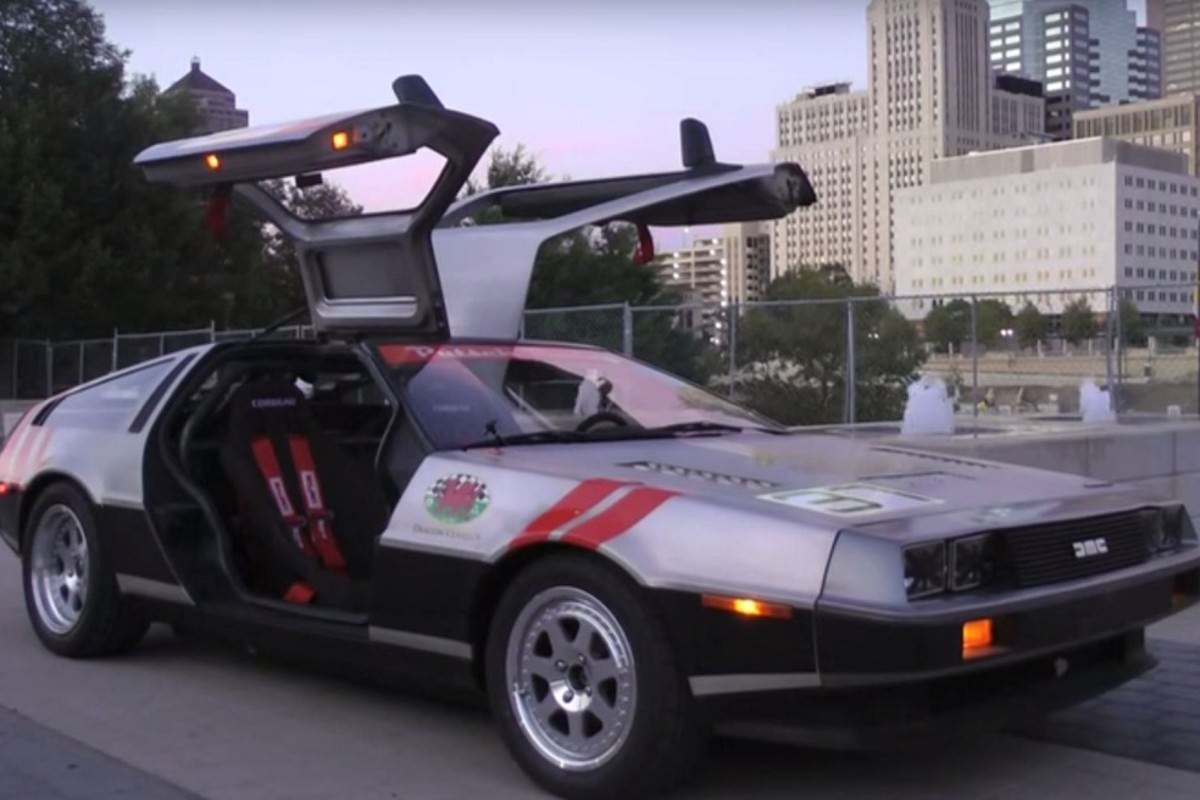 Putsch Racing’s DeLorean has no trouble hitting 88 miles per hour, but unfortunately, it can’t travel back in time. However, it does feature upgraded wheels, racing stripes, and laser-cut vents in the hood. The original PRV V6 engine now generates 210 horsepower, thanks in part to a custom intake manifold that routes to a trio of Weber carbs. 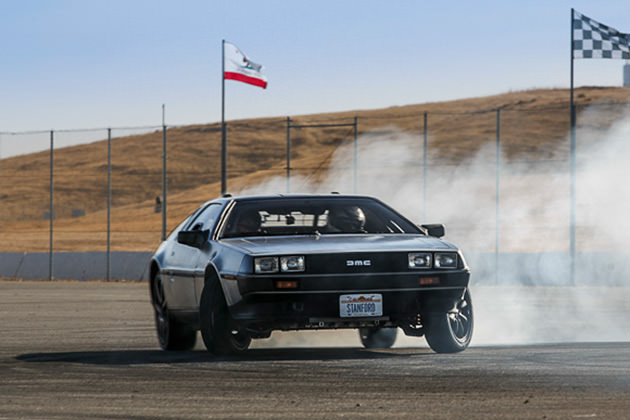 Stanford engineers have built an autonomous DeLorean that is capable of stable, precise drifting at large angles in order to study how cars perform in extreme situations, which could ultimately guide the development of autonomous safety protocols. Eventually, the the team will teach the car to race around a track utilizing this drifting technique to negotiate tight turns around obstacles when required. It can already autonomously lock itself into a continuous, precisely circular doughnut at a large drift angle, a significant feat of controls engineering accomplished by Jonathan Goh, a mechanical engineering graduate student in Gerdes’ Dynamic Design Lab (DDL).