Spartanburg Chrysler Dodge Jeep Ram wanted to offer its customers a one-off 2019 Dodge Charger R/T, and they came up with this “Zombie Apocalypse Edition”. Unfortunately, it doesn’t come equipped with any zombie-fighting goodies, but unlike the factory model, this one comes with a rusty wrap that “looks like it came straight out of a zombie apocalypse with all the power of a Scat Pack,” according to the dealer. Read more for additional pictures and information. 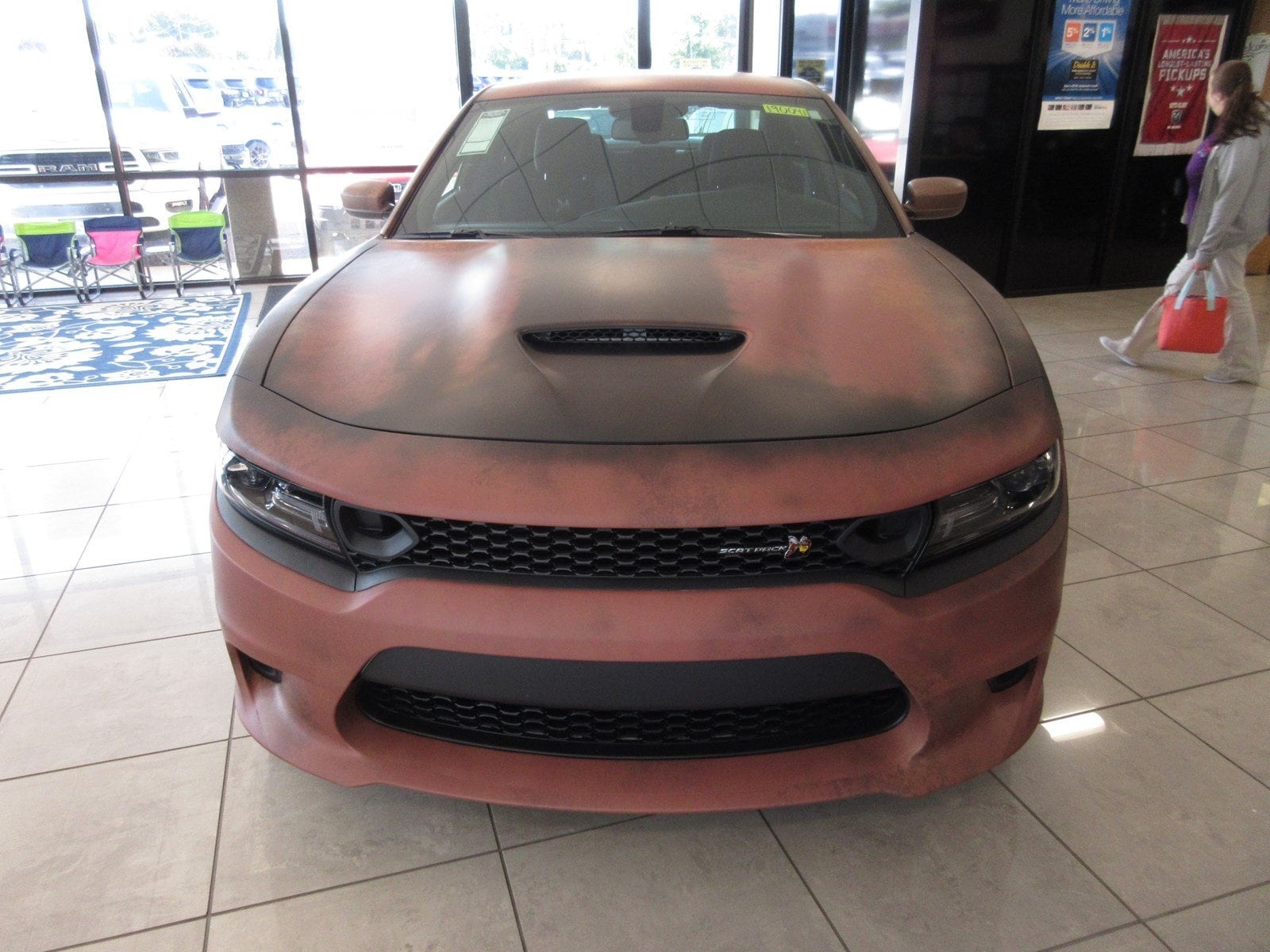 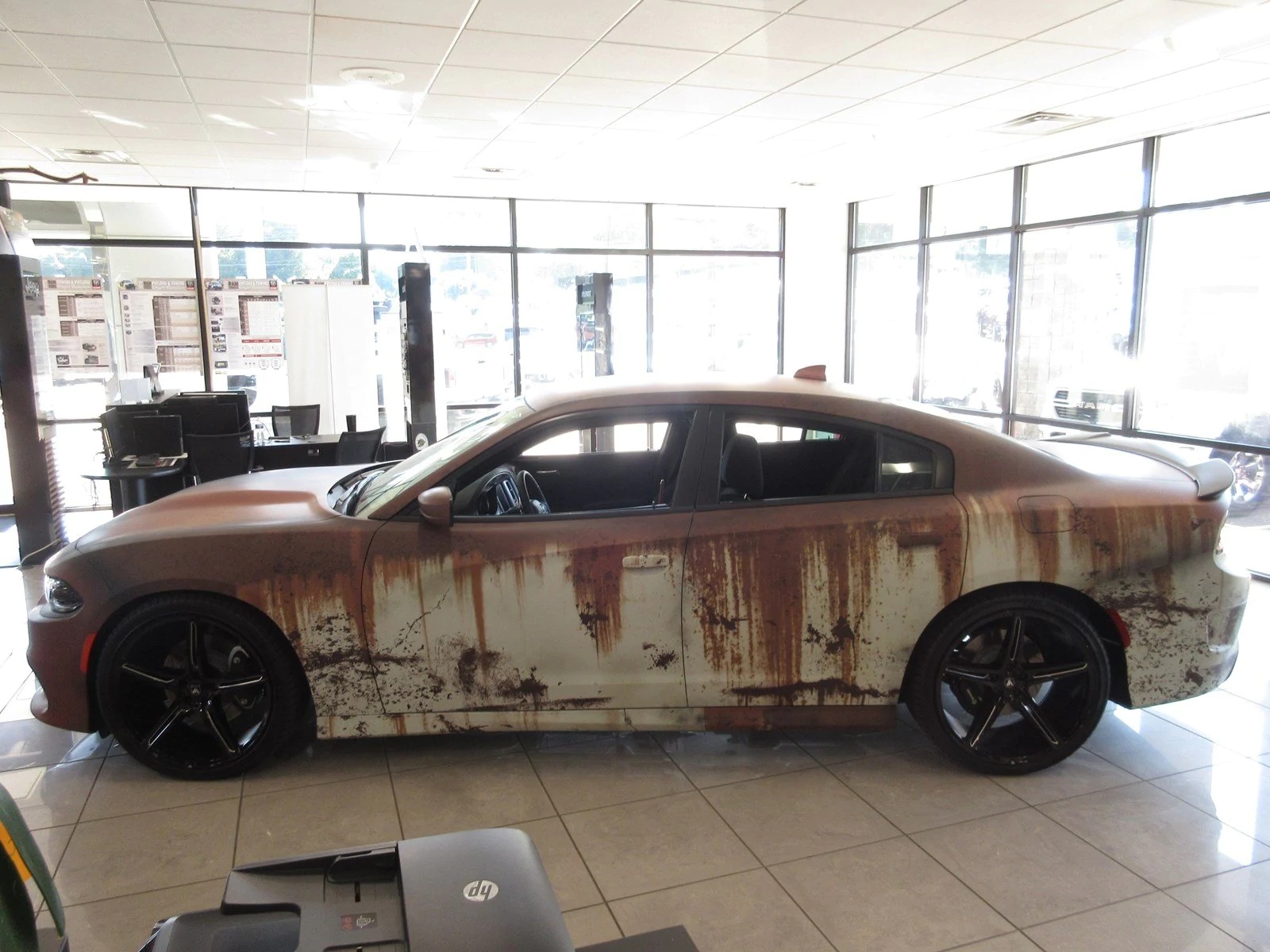 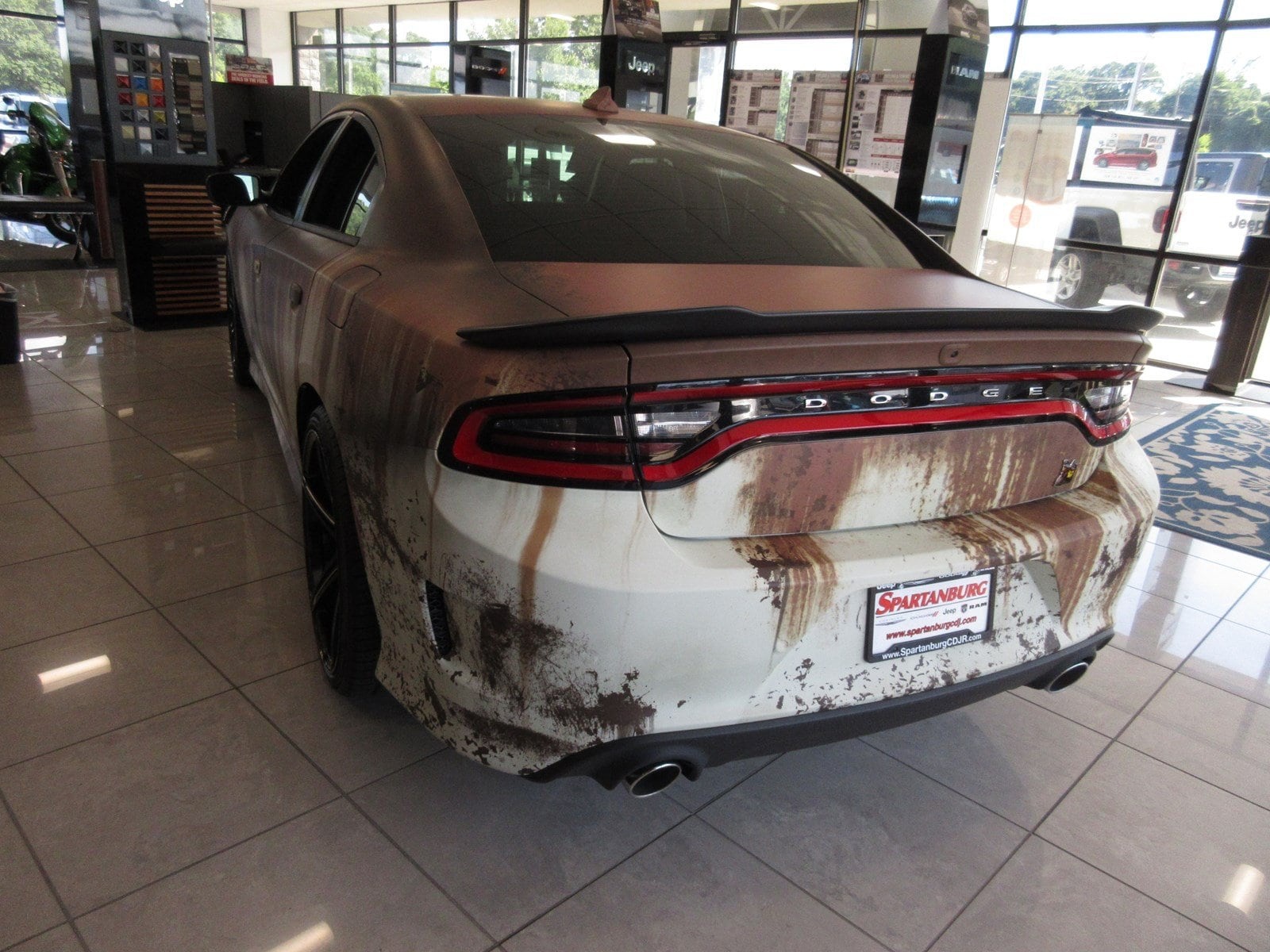 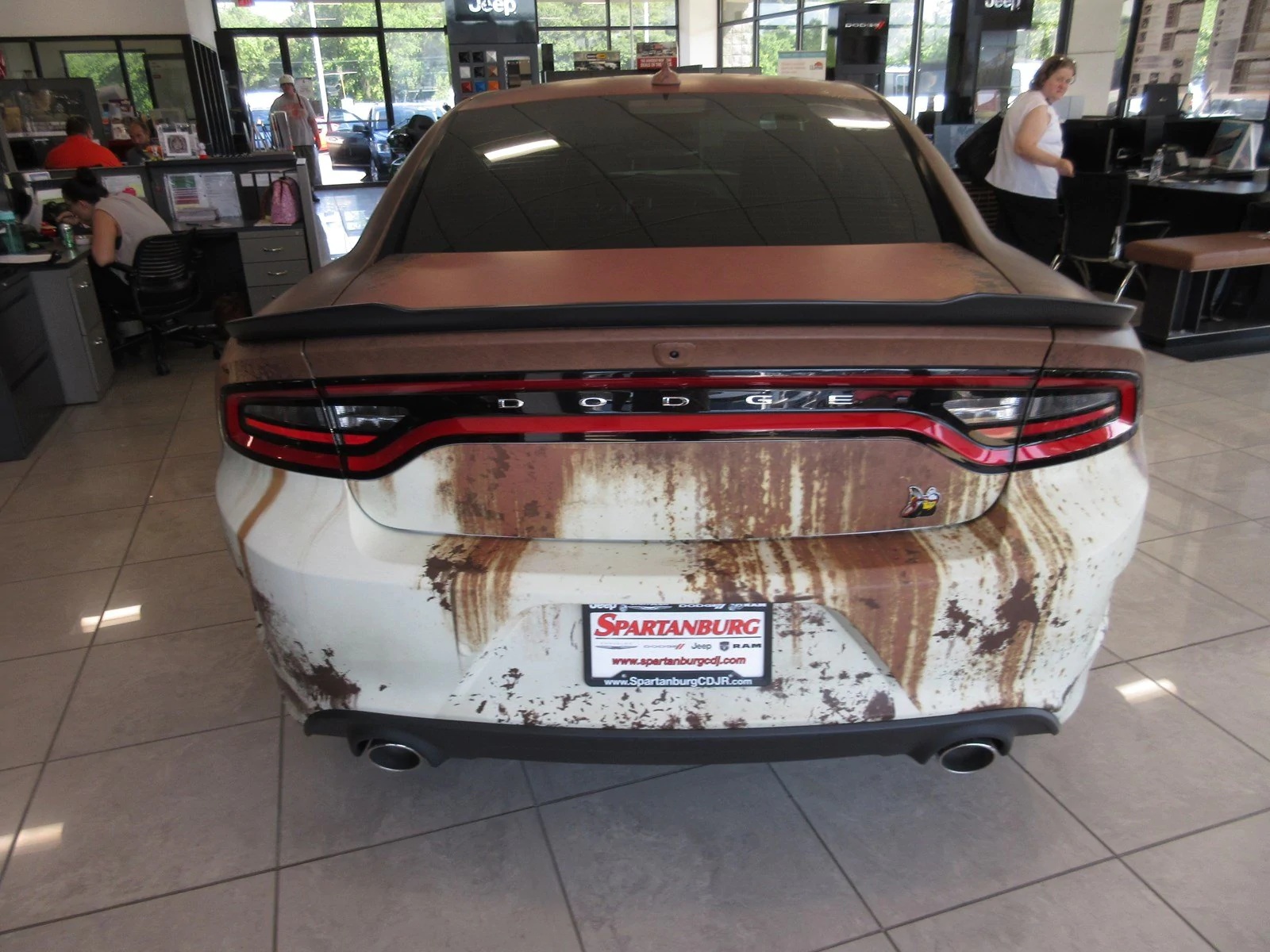 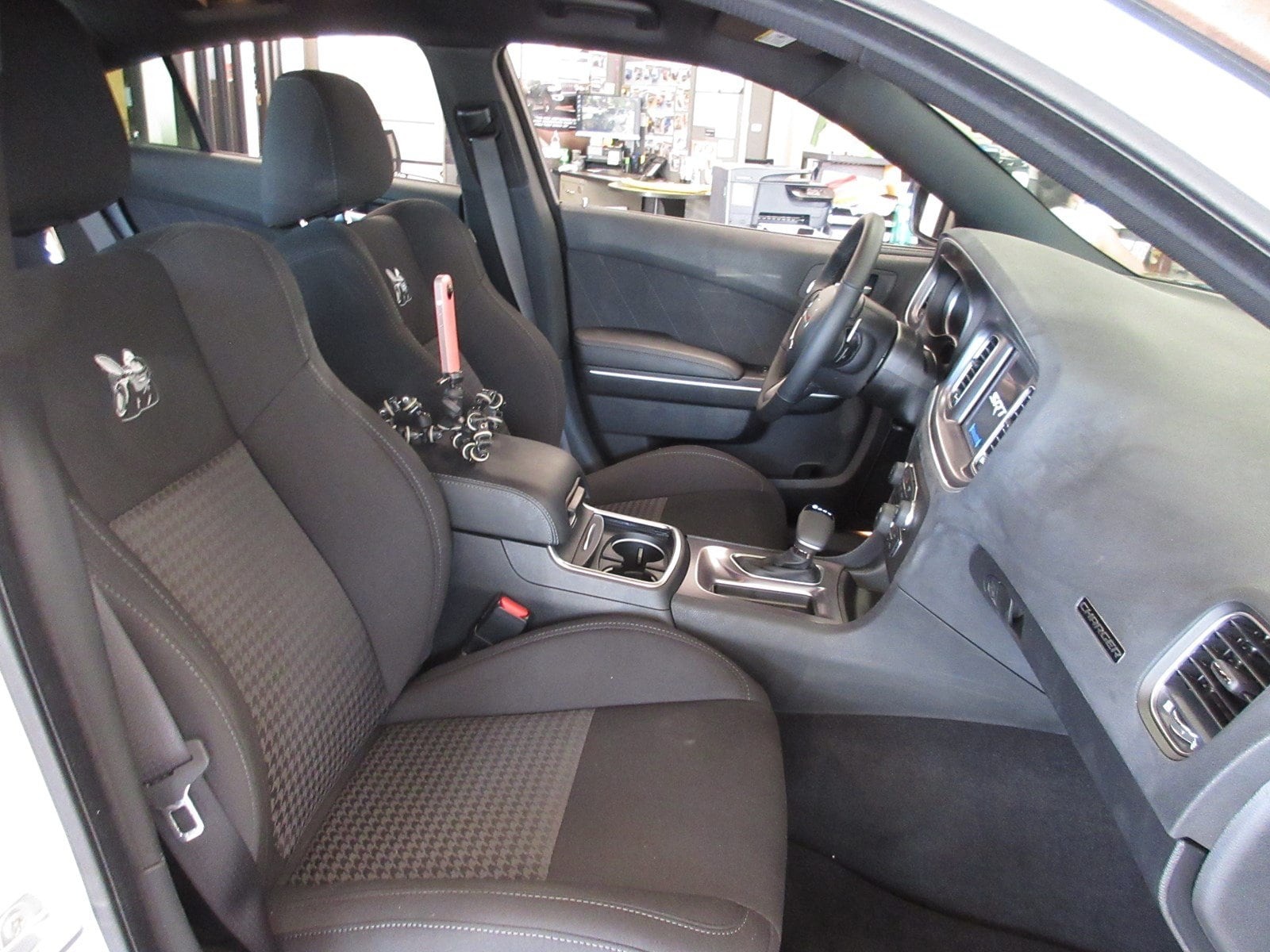