Gamers already know that DOOM is considered to be one of the first FPS games with 3D graphics, third-dimension spatiality, networked multiplayer gameplay, and support for player-created modifications. Since its release on December 10, 1993, over 10-million copies of DOOM games have been sold, thus spawning numerous sequels, expansion packs, two films, and now, officially licensed Bone Vodka. Read more for another picture an additional information. 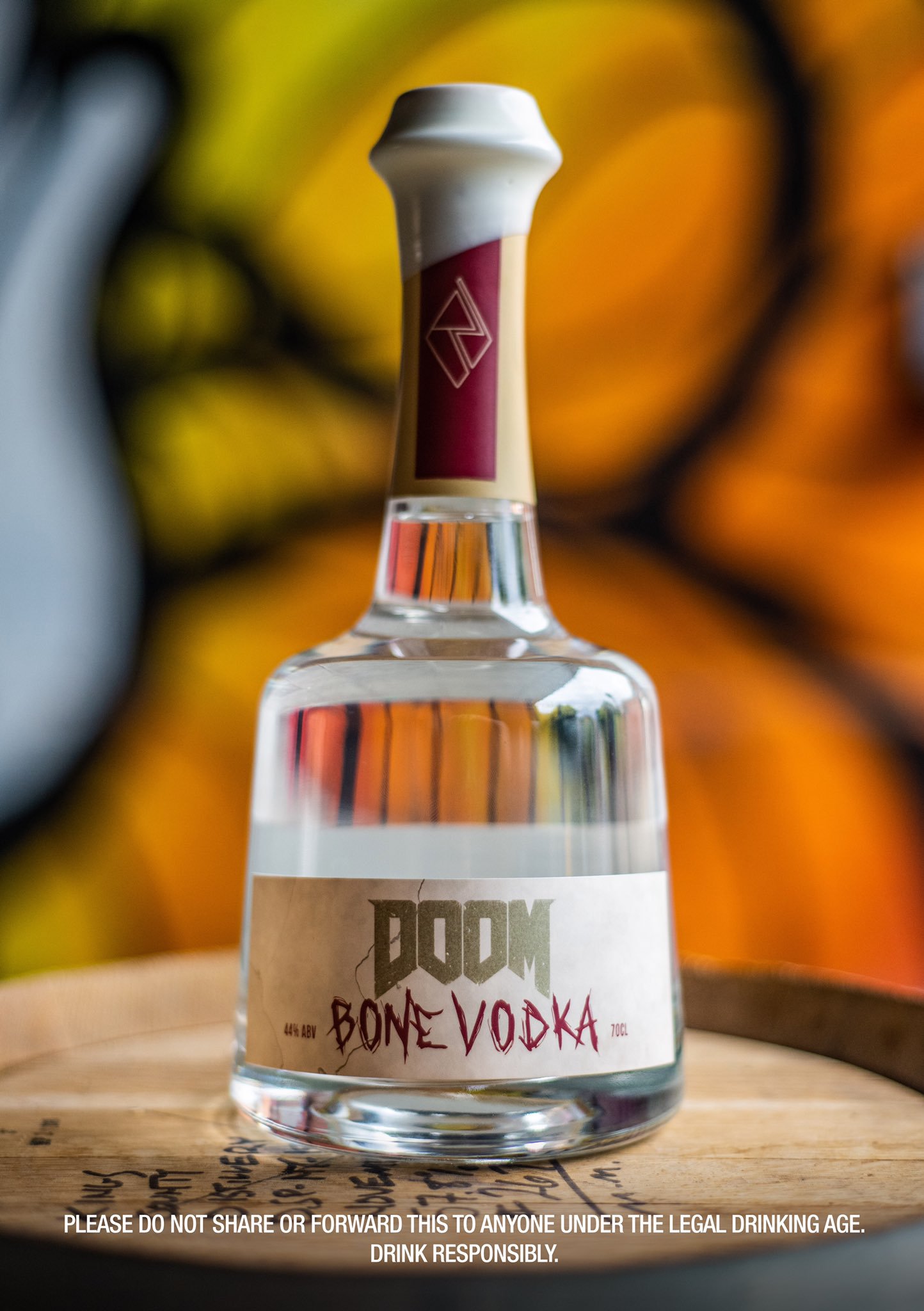 To celebrate the upcoming release of DOOM Eternal, Bethesda teamed up with Rebel Distilleries to create an alcoholic drink based on the series. Believe it or not, one of the listed ingredients is bone marrow from “The Ginger Pig,” a famous butcher shop in London. How much will one bottle cost? Around $55 USD before shipping and unfortunately, is limited to customers who reside in the UK, EU, and Australia.

“We’re tapping into one of the world’s favorite hobbies, video games, to offer a unique perspective in spirit production. DOOM Eternal is a world of flames and demons, a barbeque pit with action – a smoked bone vodka is certainly a new take on spirit provenance,” said Rebel Distillers co-founder Matt McGivern.

PowerUp 4.0 is a Smartphone-Controlled Paper Airplane, Here’s a First Look