While NASA’s Curiosity Rover is busy exploring Mount Sharp, ESA’s Mars Express orbiter captured a massive dust storm that kicked up Earth-like clouds that can be seen from space. What it observed was that the storms appeared to grow and disappear in repeated cycles over a period of days, and the spirals you see are between 1000 km (621 mi) and 2000 km (1243 mi) in length.

Upon closer inspection, researchers determined that martian dust storms are made up of regularly spaced smaller cloud cells, arranged similar to grains or pebbles. This same texture can also seen in clouds in Earth’s atmosphere, formed by convection, whereby hot air rises because it’s less dense than the cooler air around it. The type of convection viewed here is called closed-cell convection, when air rises in the middle of small cloud pockets, or cells. 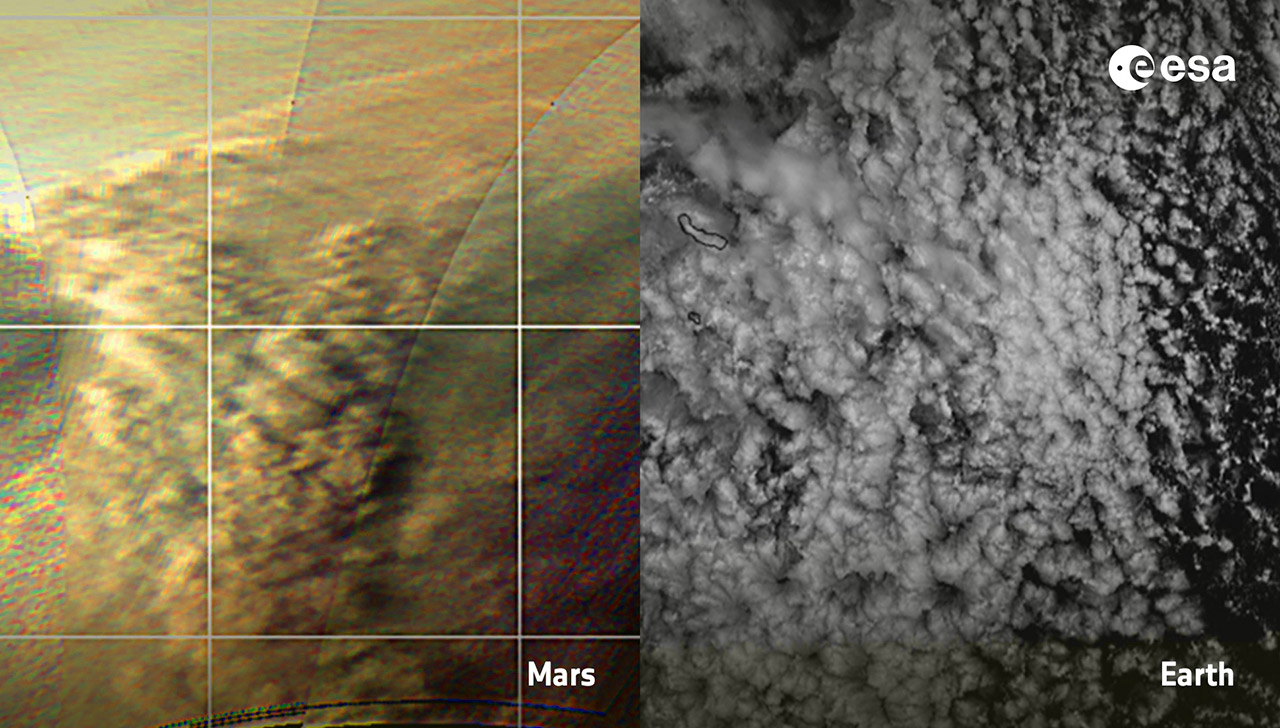 On Earth, the rising air contains water which condenses to form clouds. The dust clouds imaged by Mars Express show the same process, but on Mars the rising air columns contain dust rather than water. The Sun heats dust-laden air causing it to rise and form dusty cells. The cells are surrounded by areas of sinking air which have less dust. This gives rise to the granular pattern also seen in the image of clouds on Earth,” said the ESA.