Tired of looking at your boring Nintendo case? Then check out what these modders have done with the cases.

If Nintendo came out with a Lego NES case, this would be it. Everything is 100% Lego – power/reset buttons, controller ports, LED light cover, and even the vents up top. [Source]

This sleek Bright 64 case boasts blue LEDs and a stylish white paint job. That’s not all, the N64 emblem and power buttons light up in the dark as well.[Source]

Would you pay $25,000 for this gold gameboy? Pave diamonds line the display screen and the case is made out of solid 18K gold. It even comes with its own blue leather briefcase which holds your system, accessories, and games. This gameboy measures 6 X 3.6 X 1.5 in and weighs 27 ounces. Even though this is something that nobody else will have, its probably because they were smart enough to just buy a Nintendo DS or Sony PSP. Those who are seriously interested can buy this direct from Swiss Supply.

Kotomi — creator of the NEStation — shows off his latest creation, the “Tribal NES 2.0“. This masterfully modded NES comes complete with fake rust for a worn look, custom switches/knobs, LED lighting, and what looks like a fan up top.

Kotomi, creator of the NEStation and DS Entertainment System, brings you this Famicon-styled Gamecube. It has red LEDs underneath the case, giving it a nice glow when turned on. [Source 1 via 2] 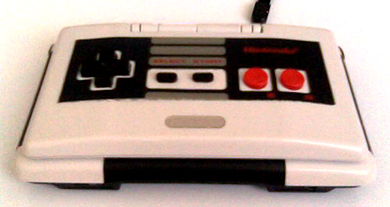 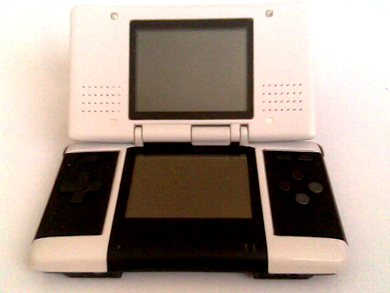 It’s sheer eye candy. A modder who goes by Hatrix gives the Nintendo DS a touch of retro NES flavor. An amazing feat of design, Hatrix took apart his entire DS, sanded off the paint, rubbed it down with a brasso, and carefully integrated the NES controller face logo.

“I went for the style of the original DS with the black middle, but didn’t quite get there.. still it looks pretty good. I cut the button holes in the top of the lid and stuck the NES buttons and Start and Select buttons through, but the Directional Pad I simply glued on with super glue.” 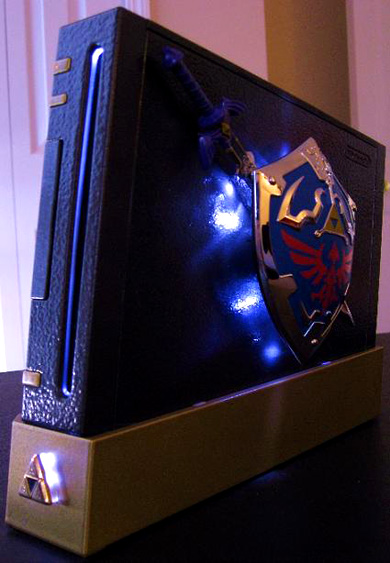 This could quite possibly be the best Wii case mod ever. More pictures.

The sword is even detachable, allowing the winning bidder to act out their desire to be Link (who doesn’t want to wield the Master Sword?), as well as possess one of the sweetest looking Wiis in existence

The NEStation is one of the most unique console mods we’ve ever come across. A French modder painted his NES completely black with blue accents, created a custom vertical stand, installed four blue LEDs, and than carved in a PS2-style logo on its side. [Source]

From the modder that brought you the incredible Zelda Wii, comes this custom designed DS Lite. More pictures.

Yes, that’s actually a modified SNES. Kotomi decided to give his SNES/Super Famicom new life by transforming it into the “Nii”, complete with blue LEDs and a vertical stand.

All you need is a classic controller and a lot of extra time. Kotomi has been working on this mod since February, and it was originally planned as an NES mod, but along the way, he gave in to the pervasive allure of the Super NES