Photo credit: ESO/Bohn et al.
What you’re looking at is the first image of another multi-planet solar system orbiting a Sun-like star that is very much like ours. It was imaged by the European Southern Observatory’s Very Large Telescope (ESO’s VLT), and capturing images of systems with multiple exoplanets are extremely rare, and this is the first one astronomers observed with more than one planet orbiting a star similar to the Sun.

Officially called TYC 8998-760-1, this planetary system is located around 300 light-years away, and upon closer inspection, you can see that its two gas giants orbit their host star at distances of 160, which is approximately 320 times the Earth-Sun distance. These two exoplanets are also far heavier than the ones in our Solar System, with the inner planet boasting 14 times Jupiter’s mass and the outer around 6 times. 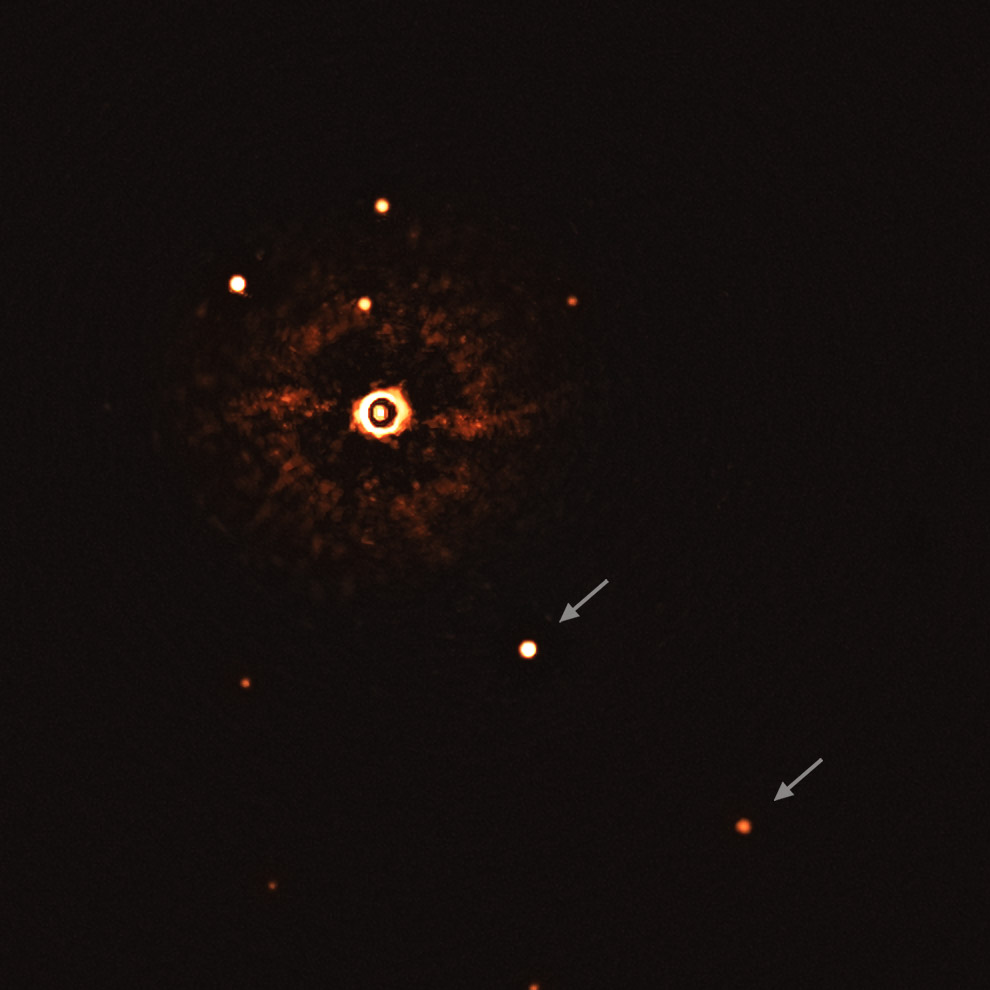 This discovery is a snapshot of an environment that is very similar to our Solar System, but at a much earlier stage of its evolution,” said Alexander Bohn, a PhD student at Leiden University in the Netherlands, who led the new research published today in The Astrophysical Journal Letters.