Squid Game has quickly become the most watched Netflix series ever, and its popularity has already transcended into the real world, Abu Dhabi to be exact. Abu Dhabi’s Korean Cultural Center is running the event and it consists of games played in the show, but without the violence. More specifically, there are two teams of fifteen, with each person wearing shirts featuring the show’s logo partaking in the games. Read more for a video and additional information.

The games consist of Red Light / Green Light, the famous Dalgona candy challenge, and of course the paper-flipping games Marbles + Ddakji. The event’s staff? They’ll be donning the pink circle, triangle and square costumes that resemble the guards in the show. Unfortunately, there is no massive prize at the end for the winner. 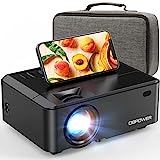