Ford has teamed up with Boston Dynamics for their Spot-based Fluffy the robot dog. This 70-pound, quadruped robot can sit, shake hands, roll over, perform 360°camera scans, handle 30° grades and climb stairs for hours at a time. Each one is equipped with five cameras and can travel up to 3 mph on a battery lasting nearly two hours. It will be used to scan the plant floor and assist engineers in updating the original Computer Aided Design at the Van Dyke Transmission Plant. Read more for a video, additional pictures and information.

The eventual goal is to operate the robots remotely, programming them for plant missions as well as receiving reports immediately from anywhere in the US. Currently, the robots can be programmed to follow a specific path and can be operated from up to 164-feet away using a tablet. They have three operational gaits: a normal walk for stable ground, an amble for uneven terrain and a special speed for climbing stairs. 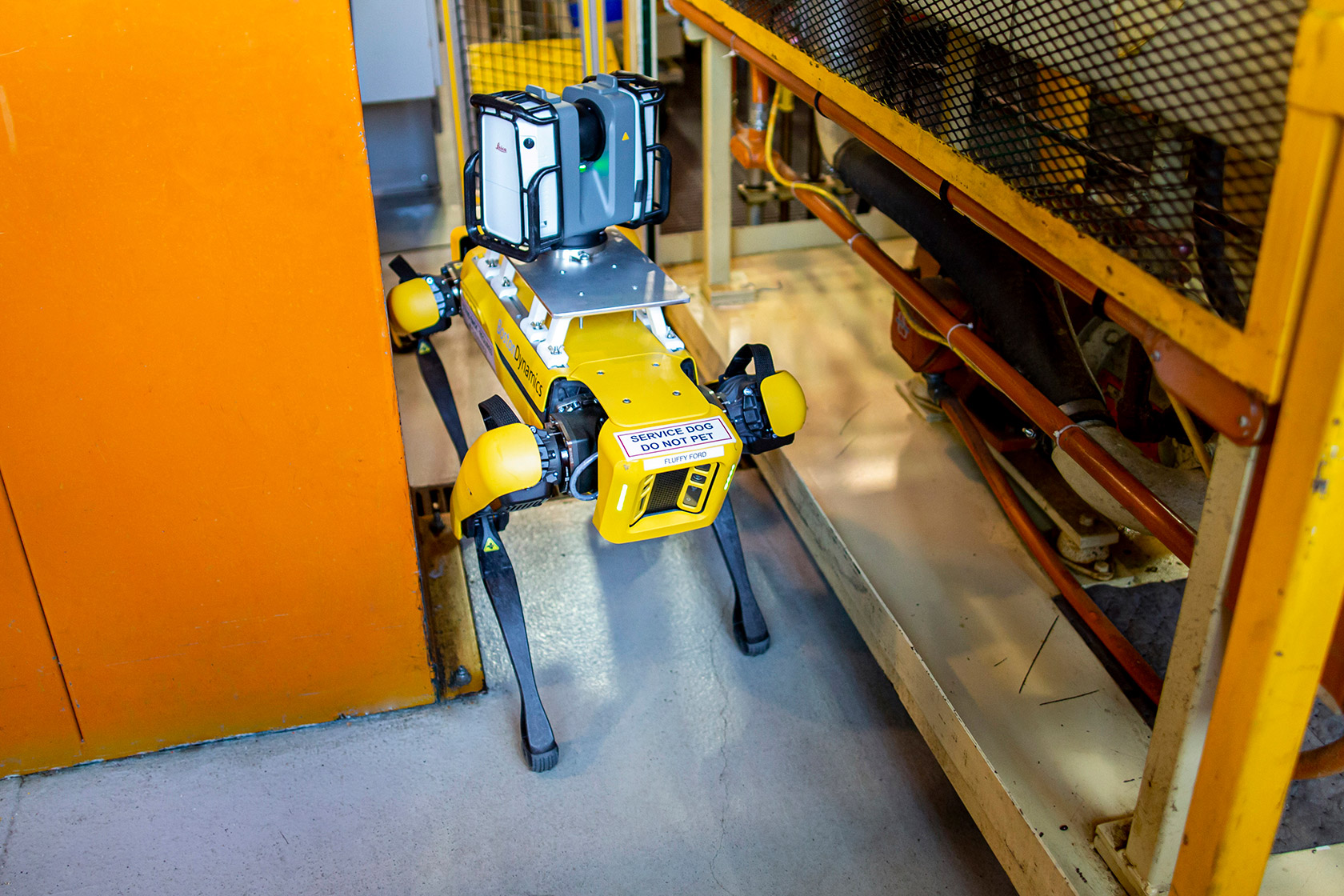 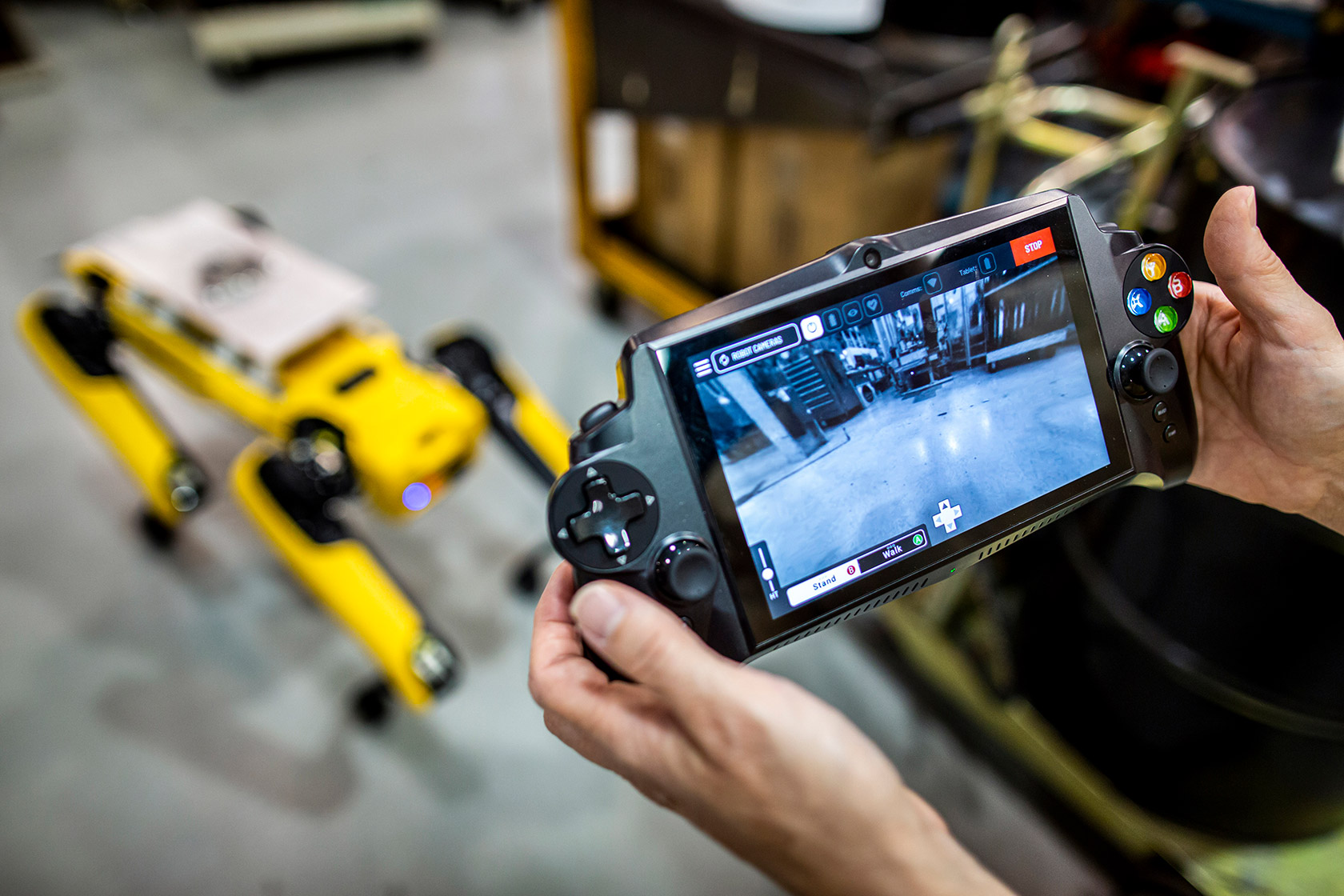 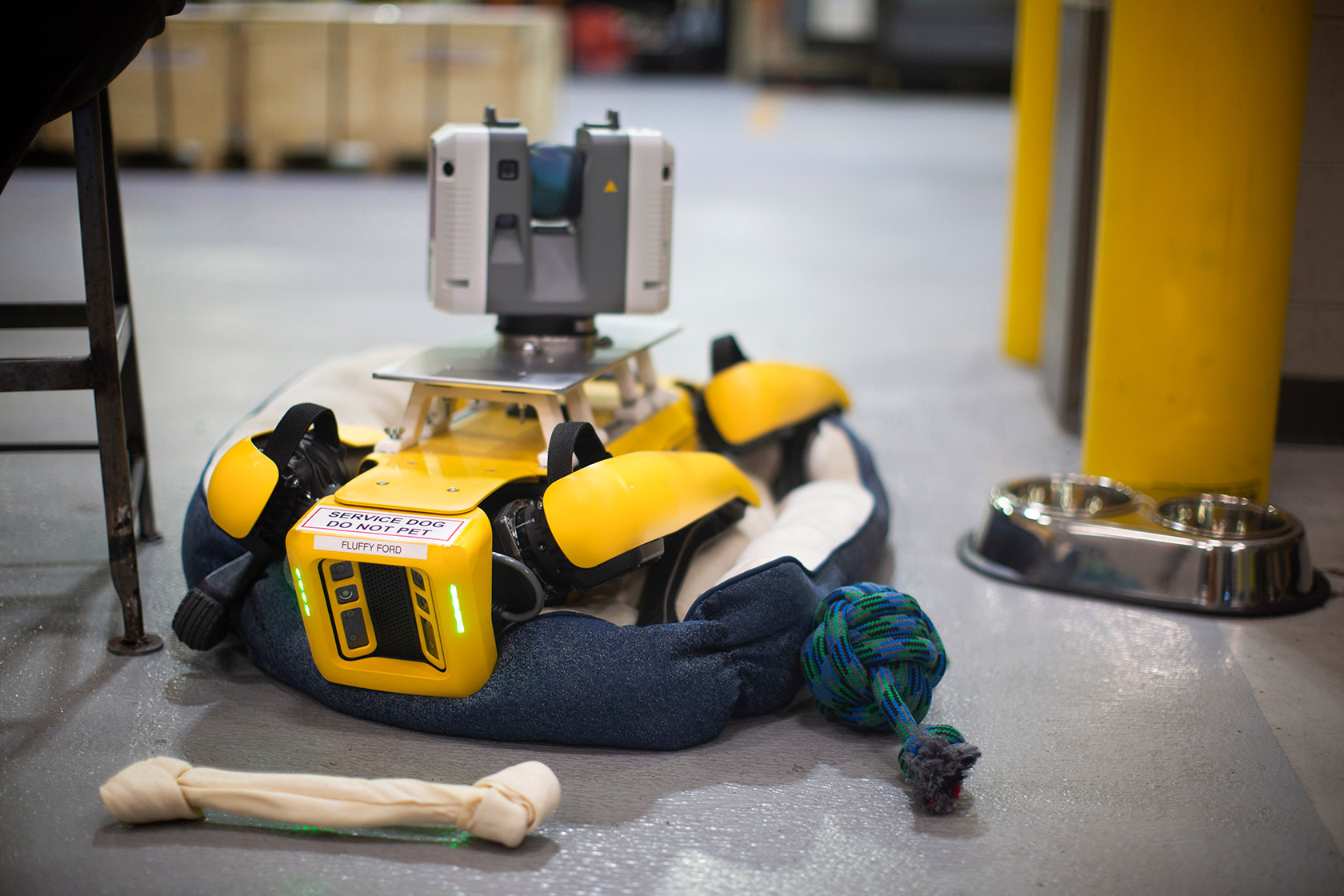 We design and build the plant. After that, over the years, changes are made that rarely get documented. By having the robots scan our facility, we can see what it actually looks like now and build a new engineering model. That digital model is then used when we need to retool the plant for new products,” said Mark Goderis, Ford’s digital engineering manager.

Don’t Pay $55, Get the Wireless DIERYA Mechanical Gaming Keyboard for $46.74 Shipped – Today Only