Ford’s Bronco R race prototype has been officially unveiled and it celebrates the 50th anniversary of Rod Hall’s historic Baja 1000 win, an overall victory in a 4×4 that’s never been duplicated in five decades. Yes, this Bronco R is not just a shell, as it’s set to head back to the Baja Peninsula later this month to take on the near 1,000-mile grueling off-road course and challenge the upcoming production Bronco’s powertrain as well as architecture. Read more for a video, additional pictures and information.

The Bronco R, developed by Ford Performance in partnership with builder Geiser Bros Design & Development and Baja 1000 Trophy Truck champion Cameron Steele, hints at what auto enthusiasts can expect to see when the future production Bronco makes its world premiere in 2020. Some features include a lightweight composite body with a clamshell hood / roof, clean body panels, cut-roof design that allows rear seat passengers to use a second-row hatch for access and 15 LED lightbars from Rigid. 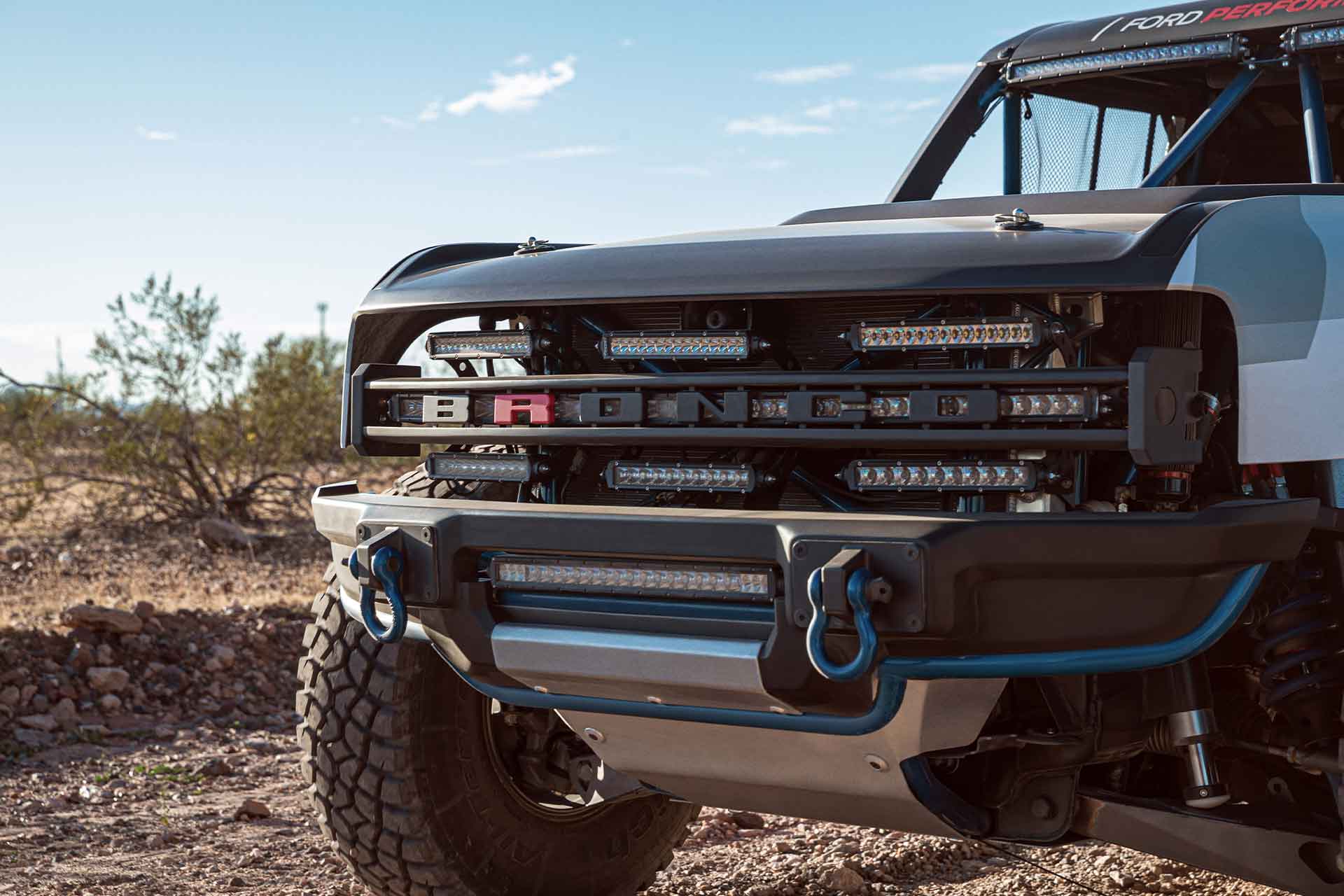 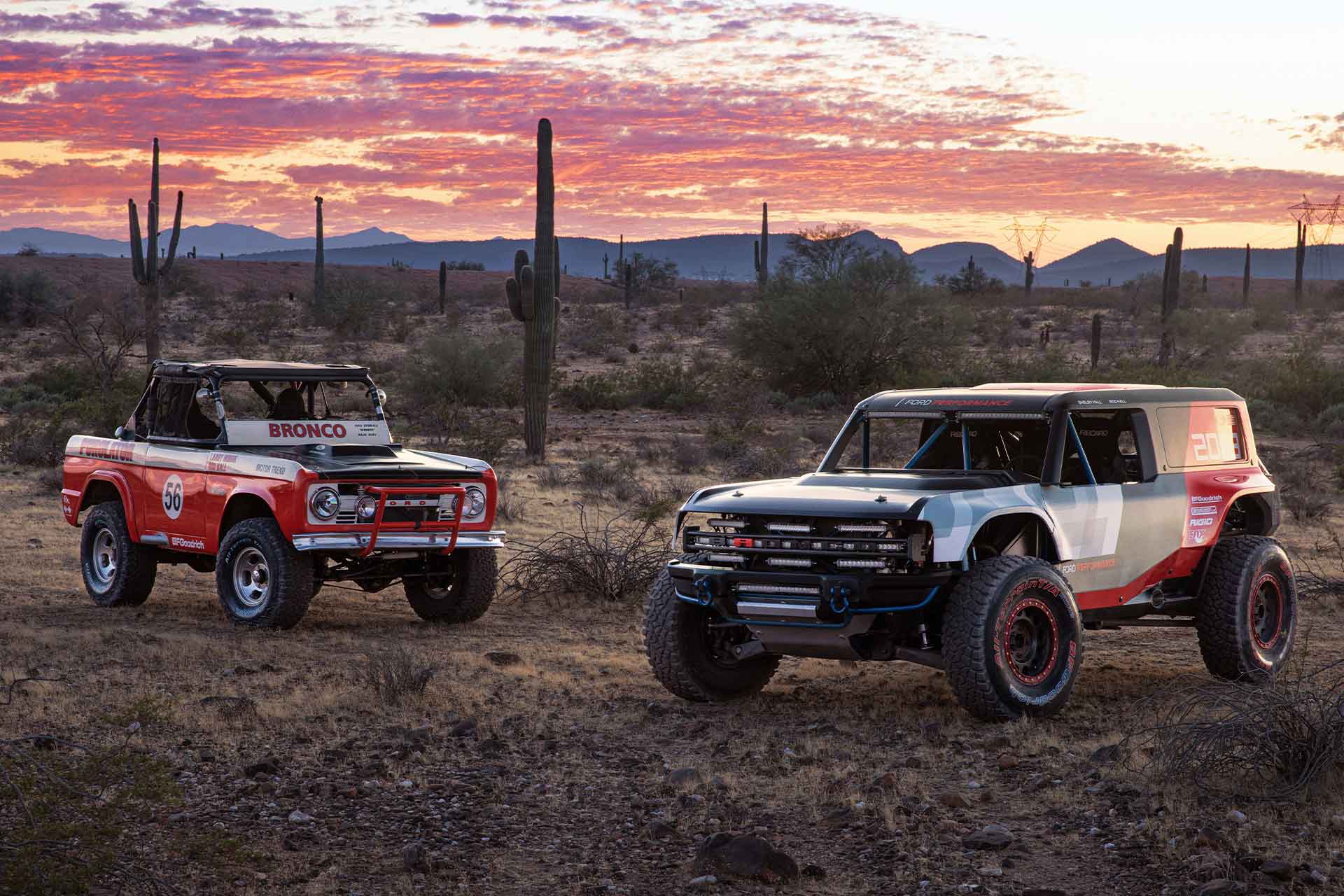 Bronco’s win at Baja in 1969 was epic, something that even after 50 years has not been repeated. Rugged endurance racing is such a big part of Bronco heritage. The Baja 1000 gives us not only the perfect setting to honor Rod Hall’s win, it also provides an authentic test bed to demonstrate our upcoming Bronco’s desert racing capability and durability,” said Hau Thai-Tang, Ford chief product development and purchasing officer.