Photo credit: Mecum via Car Scoops
The Ford Mustang SSP is a lightweight police car package, based on the Ford Mustang, that was offered between 1982-1993. It was designed to provide a speedier option for police departments over other heavier sedans on the market at the time. The SSP abbreviation means Special Service Package, a special Foxbody Mustang trim made exclusively for law enforcement use. Read more for additional pictures of this rare 1989 Ford Mustang SSP built for the Royal Canadian Mounted Police. 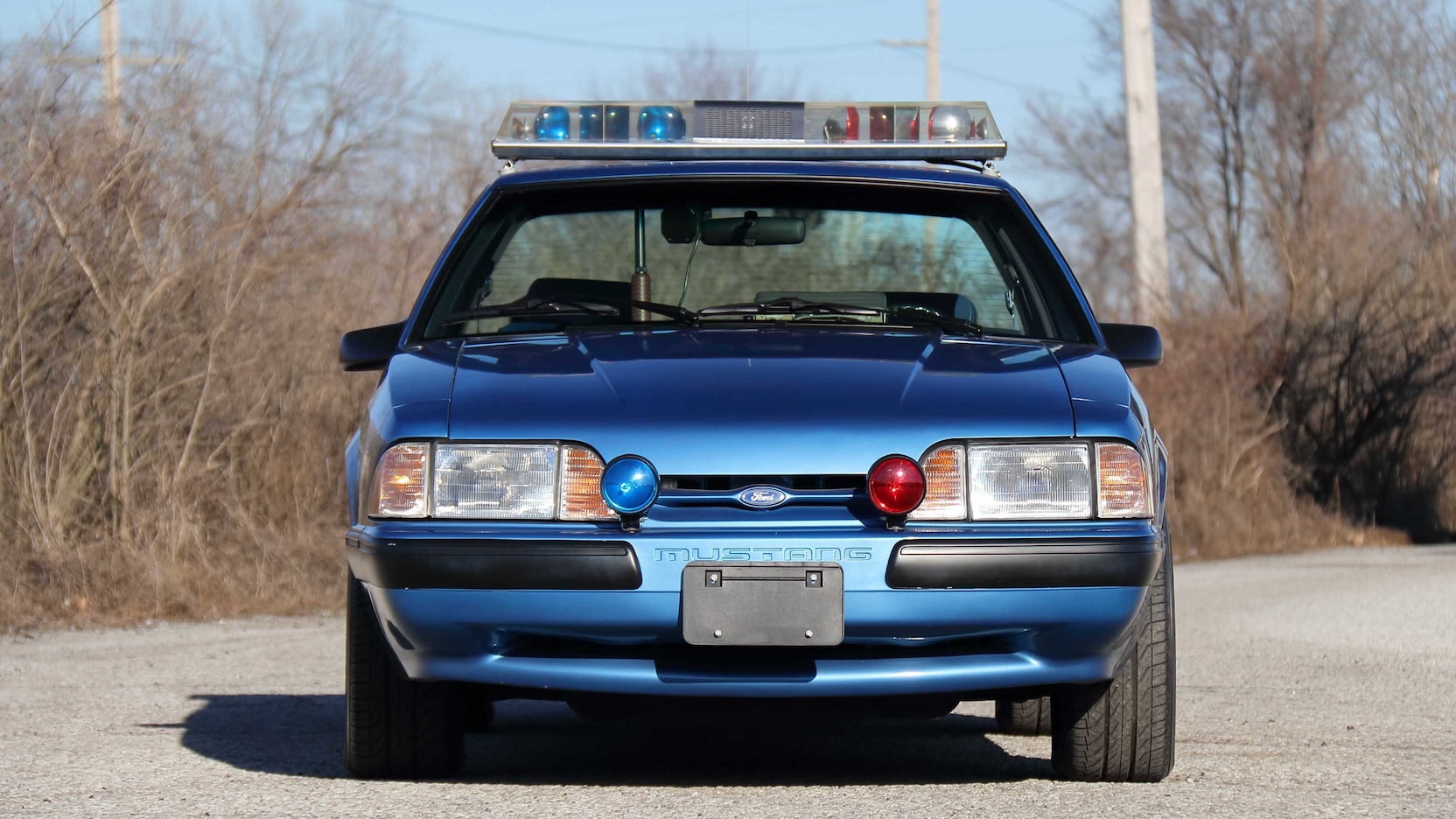 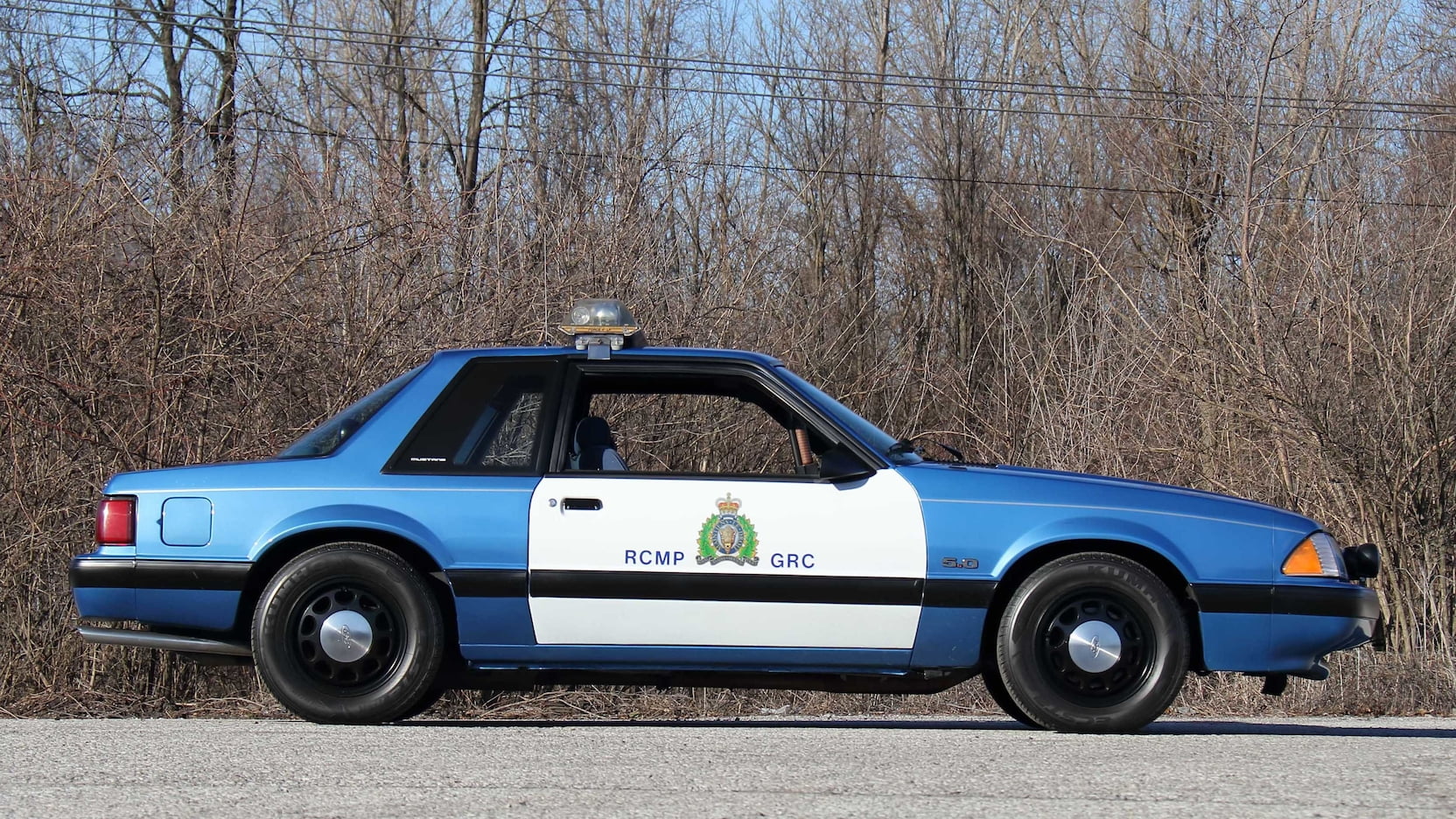 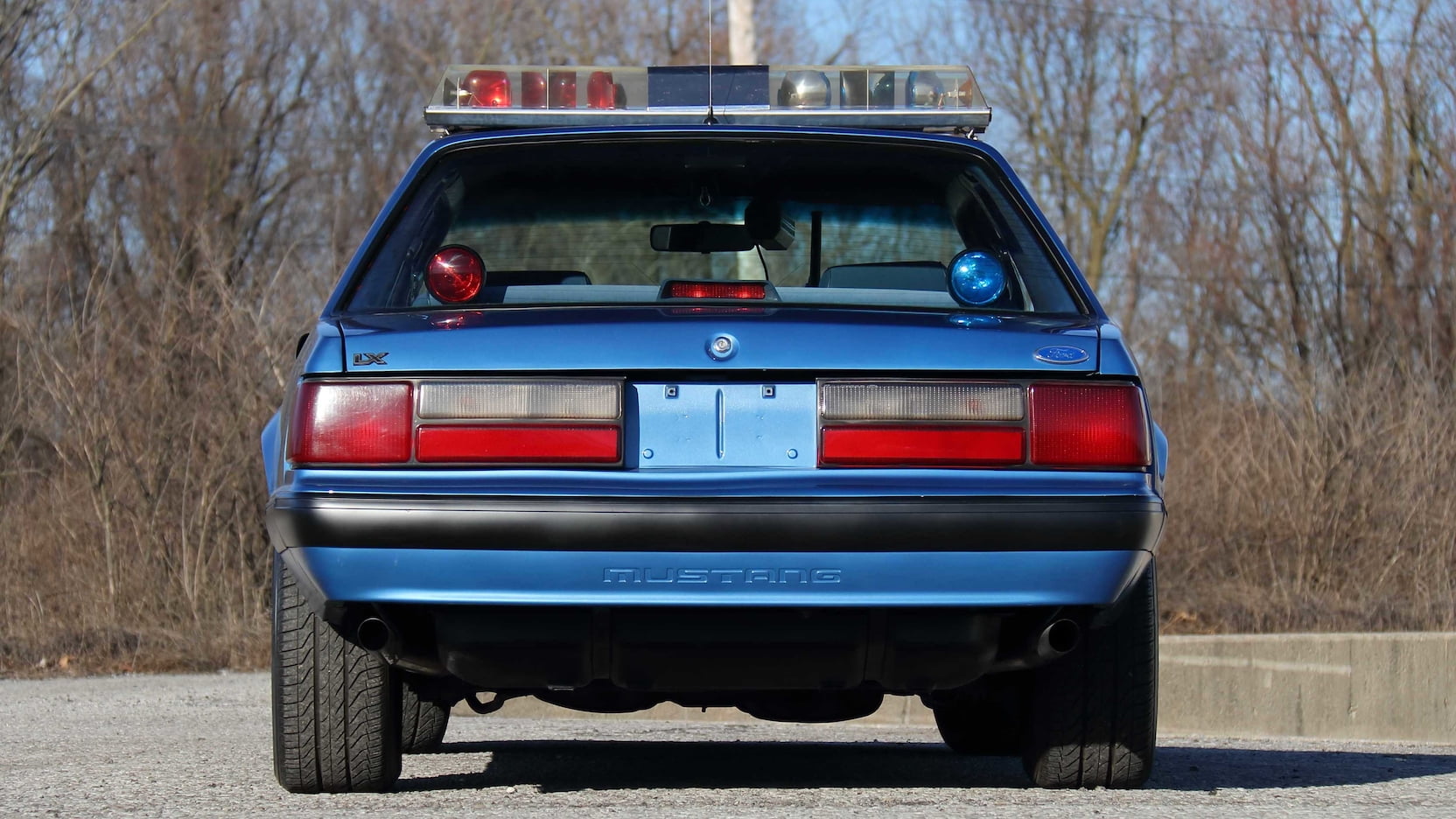 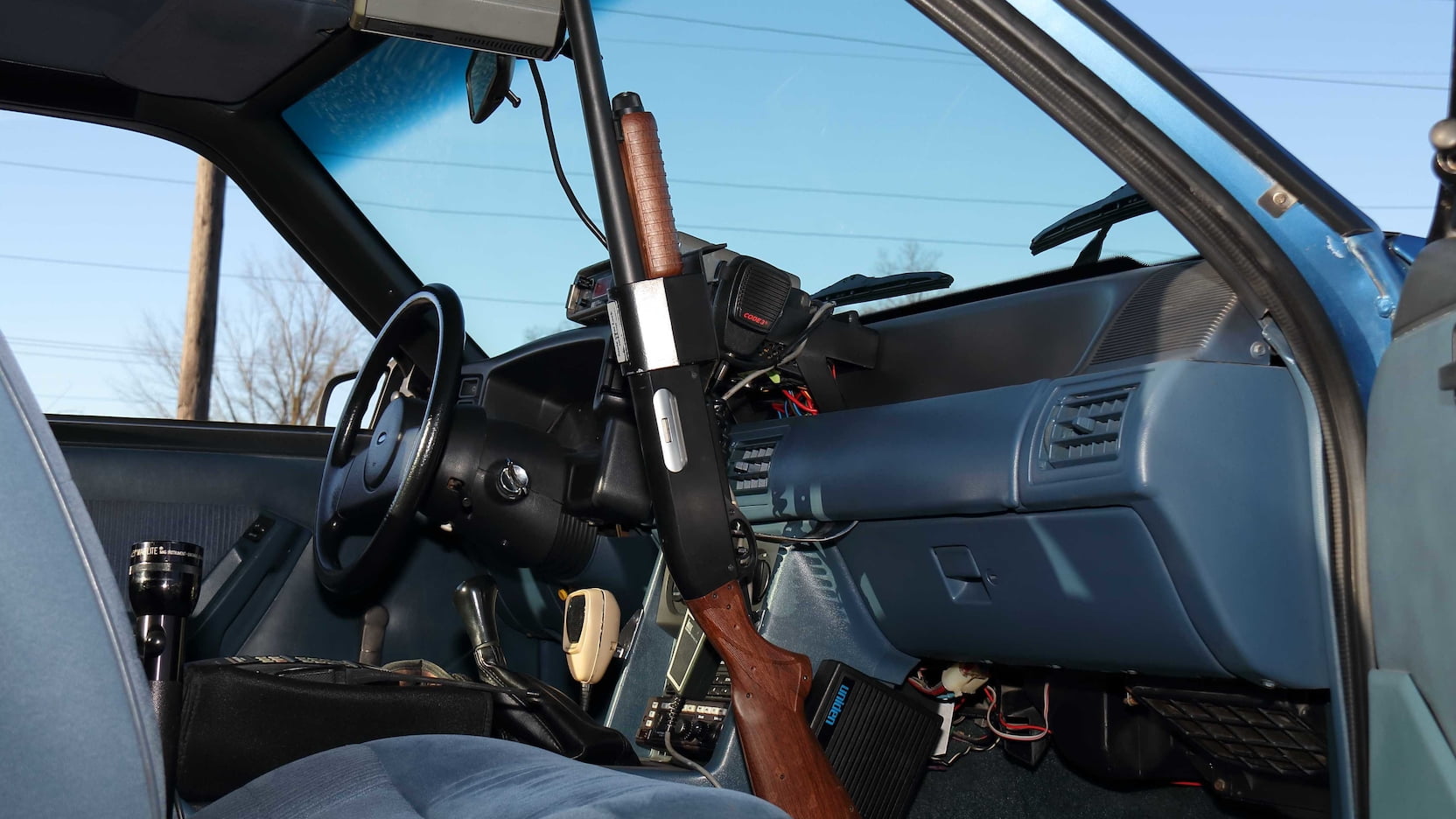 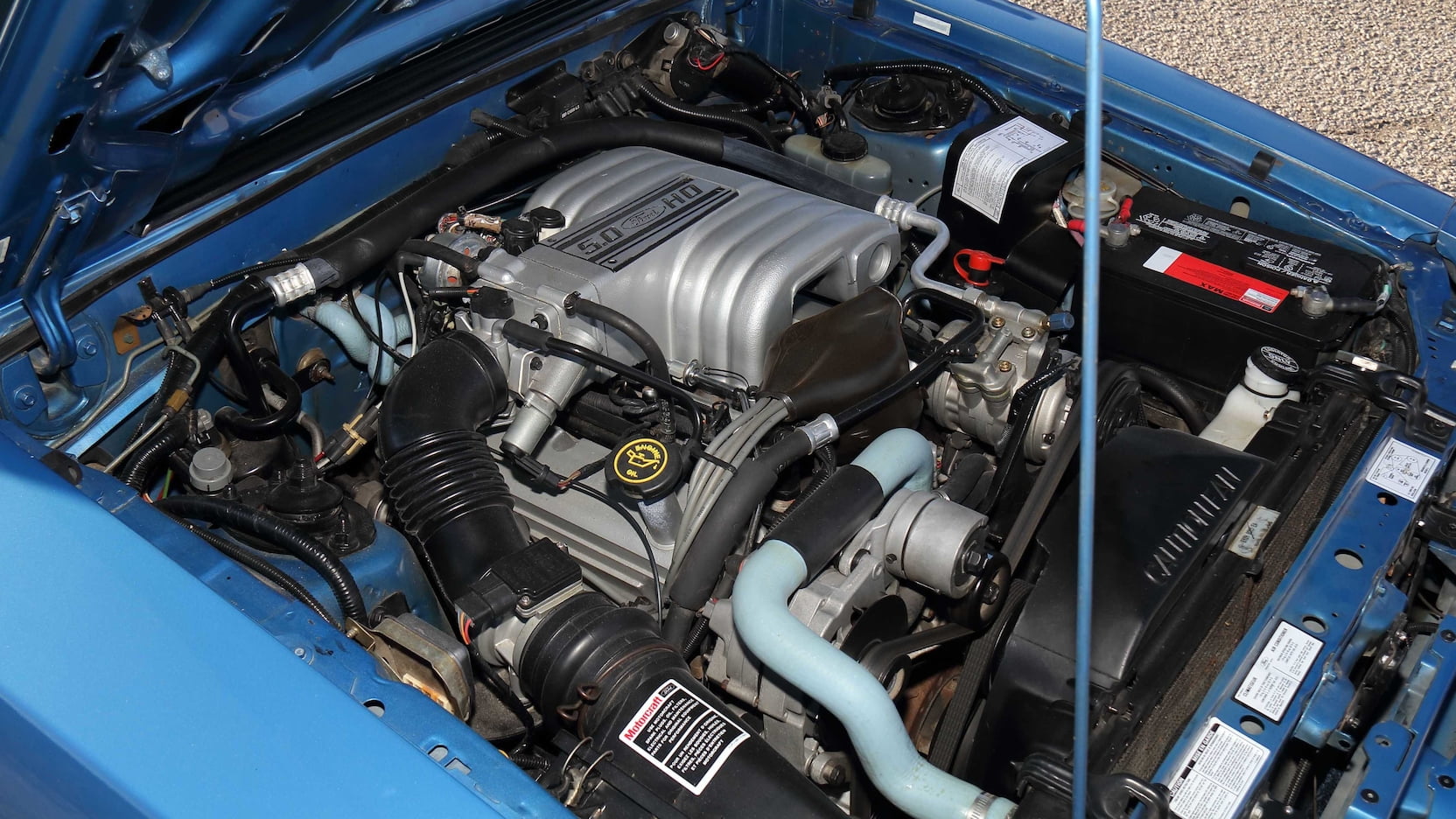 This particular 1989 model (Unit no. FH90-7) was issued to Corporal Brad Popwich of the federal Canadian Royal Mounted Police in a rare 5-speed manual configuration for use by the Saskatchewan police department. It comes equipped with a 5.0L V-8 engine and is service-ready, complete with radio, sirens and lights. More information here.


The SSP models served a number of uses, and were often customized to suit each law enforcement agency’s particular needs. Nearly 15,000 examples of these units were purchased by law enforcement agencies. Many of them still exist today, either still in some role of law enforcement, from display cars to DARE cars, or in the hands of collectors.