We’ve all heard and probably seen floating cities, but underwater cities could become a reality far sooner than you think, starting with Ocean Spiral. Created by the Shimizu Corporation, the company claims they could have a prototype up and running by 2030. It would consist of two main sections: the first is a 500-metre-diameter spherical city with a tower that accommodates up to 5,000 people, while the second is a spiral structure that connects this sphere with a base station on the ocean floor, 2.5 miles down. Continue reading for more pictures and information. 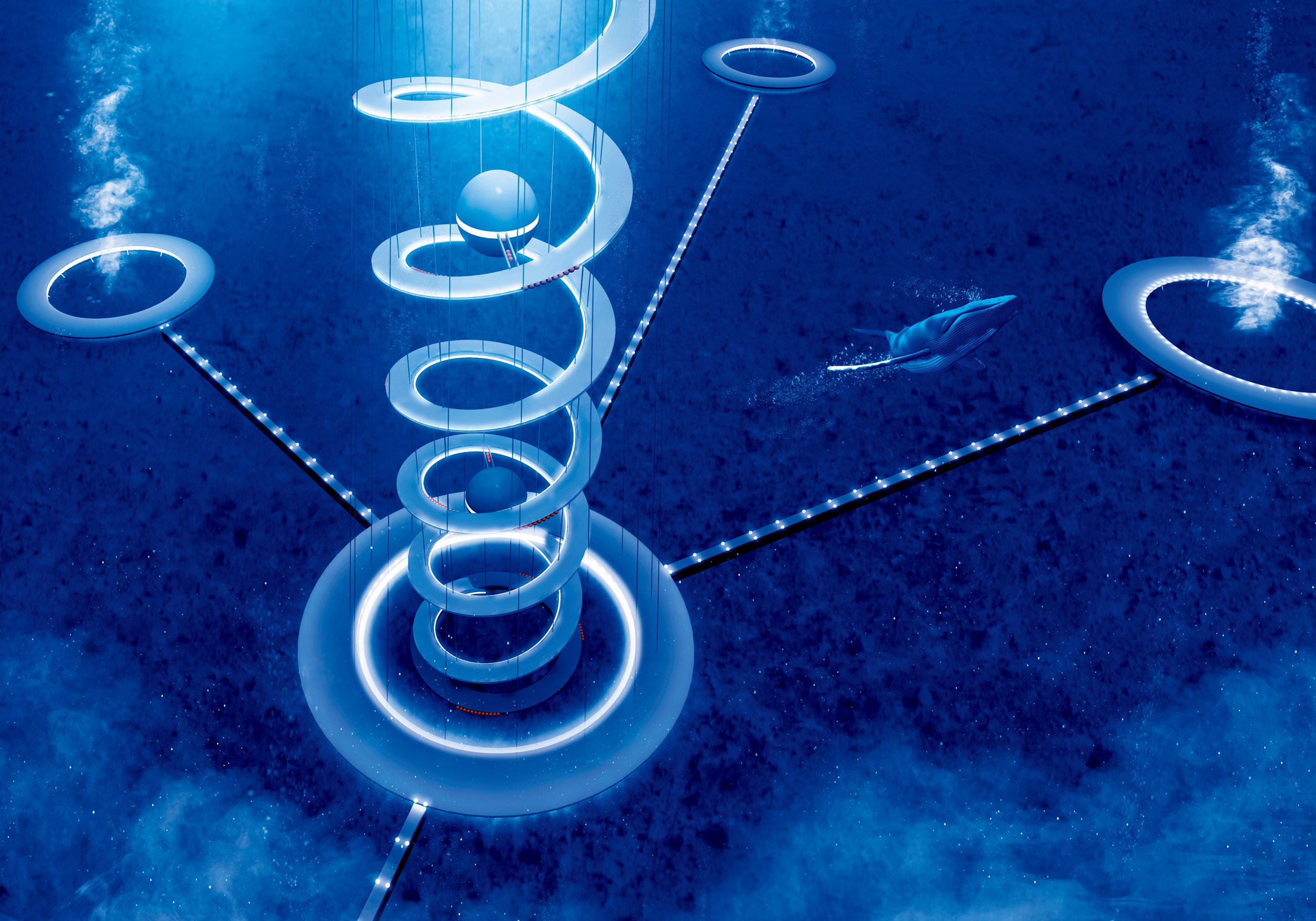 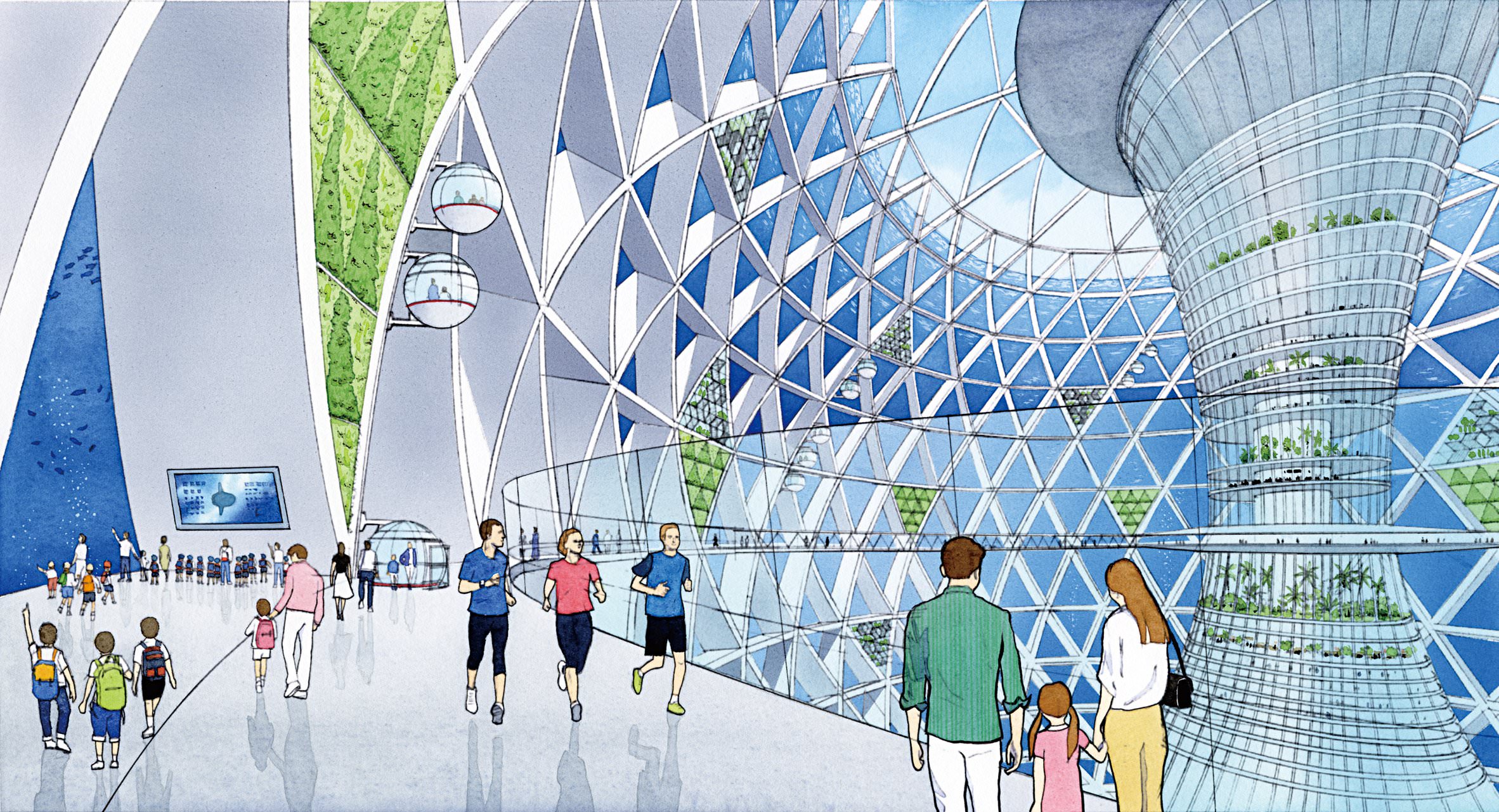 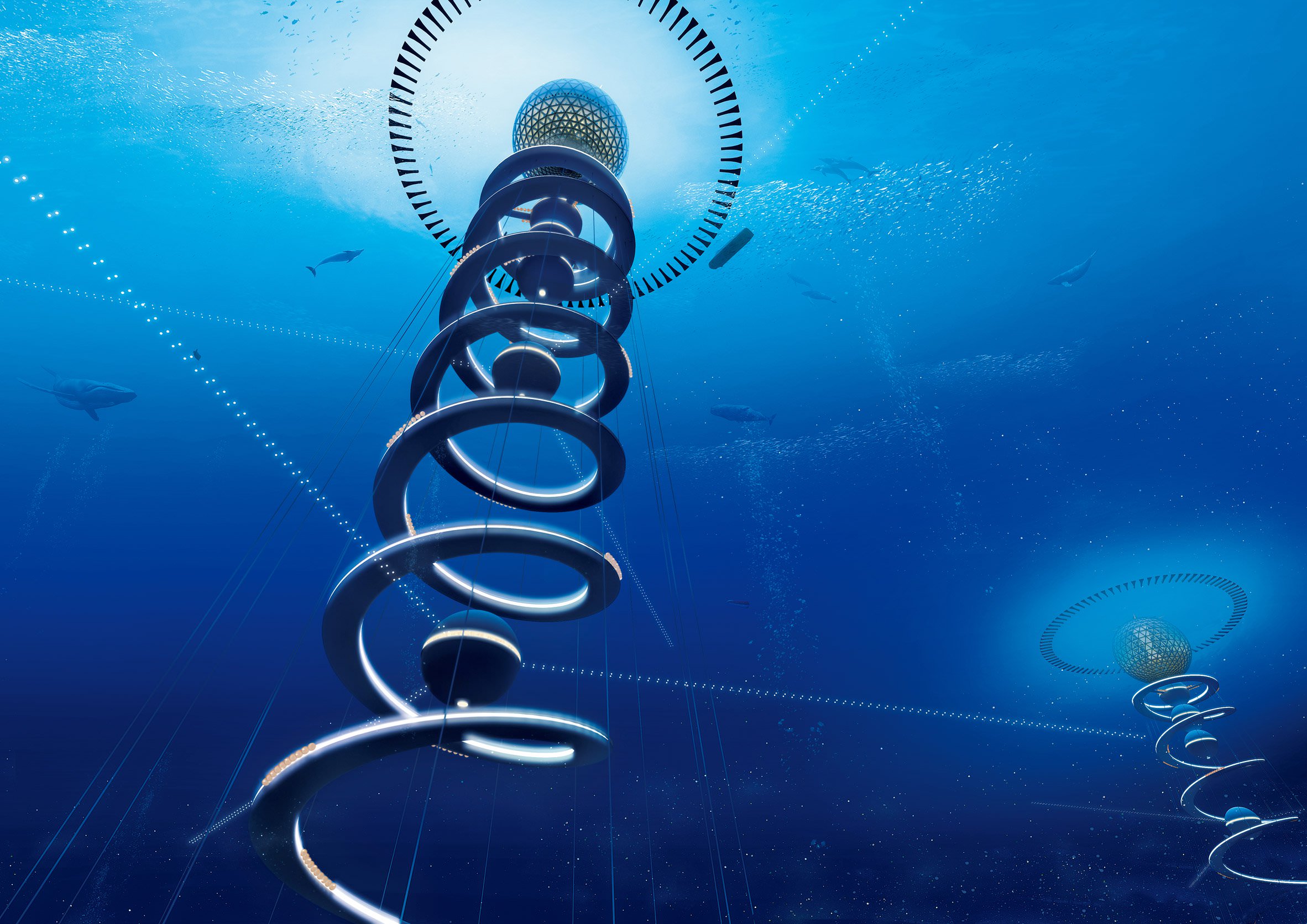 “The spiral would generate renewable energy using ocean thermal energy conversion (OTEC), a process that takes advantage of the temperature difference between cooler deep seawater and warmer shallow seawater to drive a generator to produce electricity. Drinking water would be produced by a process called reverse osmosis membrane desalination, which utilizes the high pressures naturally found at lower depths in the ocean to purify seawater,” reports Deezen.