Fortnite: Battle Royale is hosting a special Travis Scott event, called Astronomical, to help launch a new song from the rapper. He’ll be releasing a new track in-game as part of an other-worldly experience that was built from the ground up in Fortnite. It’s set to run at specific times between April 23-25, and not only will you catch the new song, but players can pick up some Fortnite in-game loot as well. Read more for a livestream and the concert times.

Travis Scott is the newest addition to Fortnite’s Icon Series, complete with new outfits, emotes, as well as other items, which are available now. Gamers attending the Astronomical event will be able to unlock two new loading screens, along with an Astroworld Cyclone Glider. The Astronomical Challenges also start at that time, and there’s more loot to unlock from completing them. 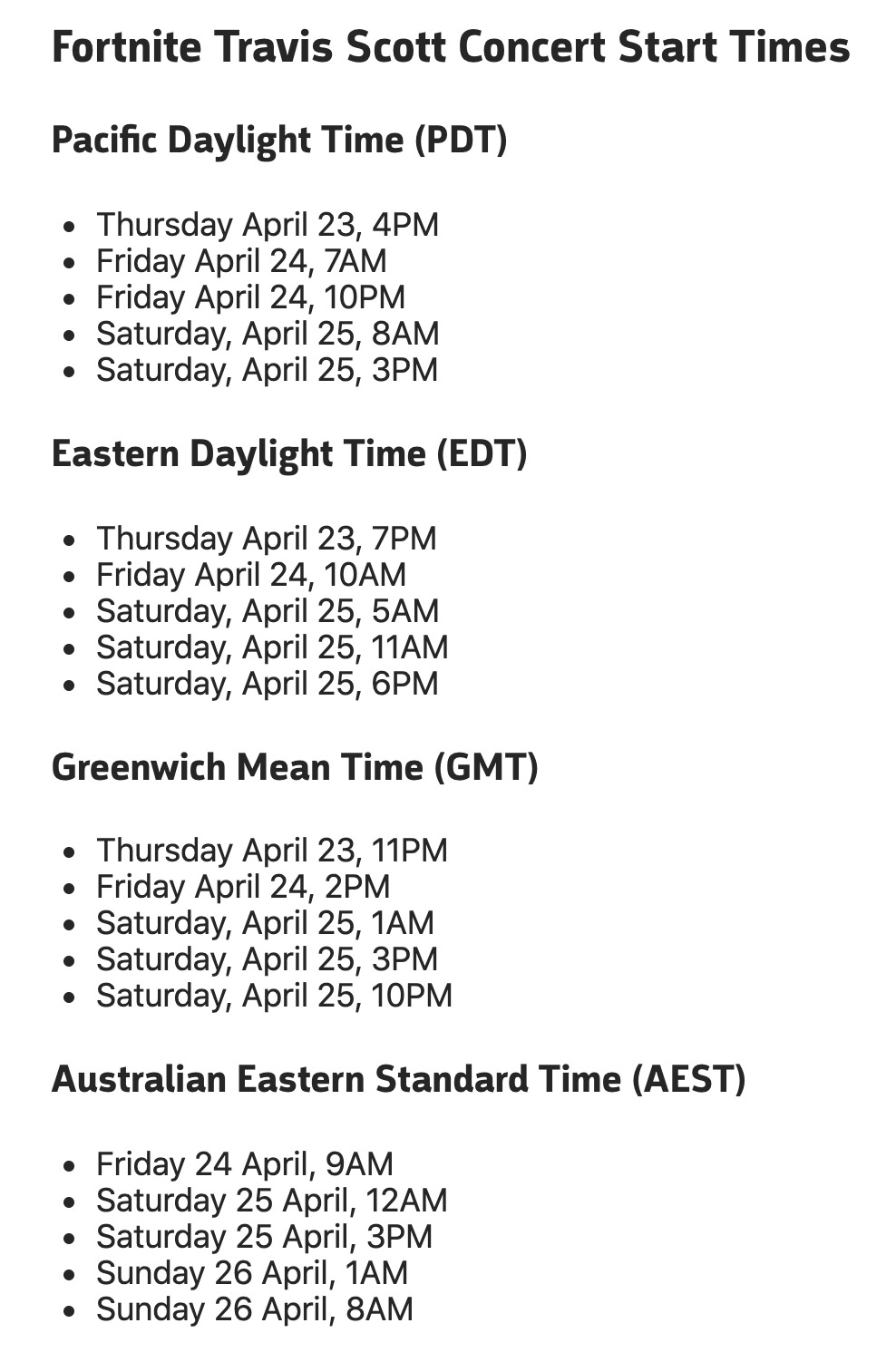 Musician Uses LEGO to Build a Functional Guitar, Calls it the “LEGOCaster”