Mike Clifford wanted to do more with LEGO, and that’s when he came up with the idea to use the bricks, along with some other materials, to craft a functional guitar. The shape of the body was designed in Fusion 360, while a Les Paul vector file was used as a starting point. The Les Paul shape was traced, and then the spline tool aided in creating a slimmer, curvier, body shape. Next, an X-Carve CNC machine was used to cut out an MDF template before going to town on the LEGO bricks. Read more for a video and additional information.

The hardest part of this build was creating a solid guitar blank from the LEGO bricks and epoxy, as the former had to be placed on a backplate in a pixelated elliptical pattern. Then the LEGO bricks were placed face down into a partially cured layer of epoxy before more was poured. After this epoxy cured, the backplate was removed and more resin poured over them to fill in the backs. While the epoxy was still fluid, a second layer of LEGO was added before everything was filled with resin. 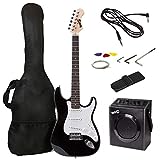 I’m so excited to share this Lego epoxy guitar build. I had no idea how the Legos would hold together with the epoxy resin, but in the end, I think the guitar came out pretty sharp looking,” said Mike Clifford of Modustrial Maker.

How to Watch the In-Game Fortnite Travis Scott Concert