Ganymede casts a large, dark shadow on Jupiter as NASA’s Juno spacecraft makes its 40th close pass by the gas giant on Feb. 25, 2022. Scientist Thomas Thomopoulos used raw data from the JunoCam instrument to create this enhanced-color image. The raw image was photographed by the Juno spacecraft approximately 44,000 miles (71,000 kilometers) above Jupiter’s cloud tops, at a latitude of about 55° south. 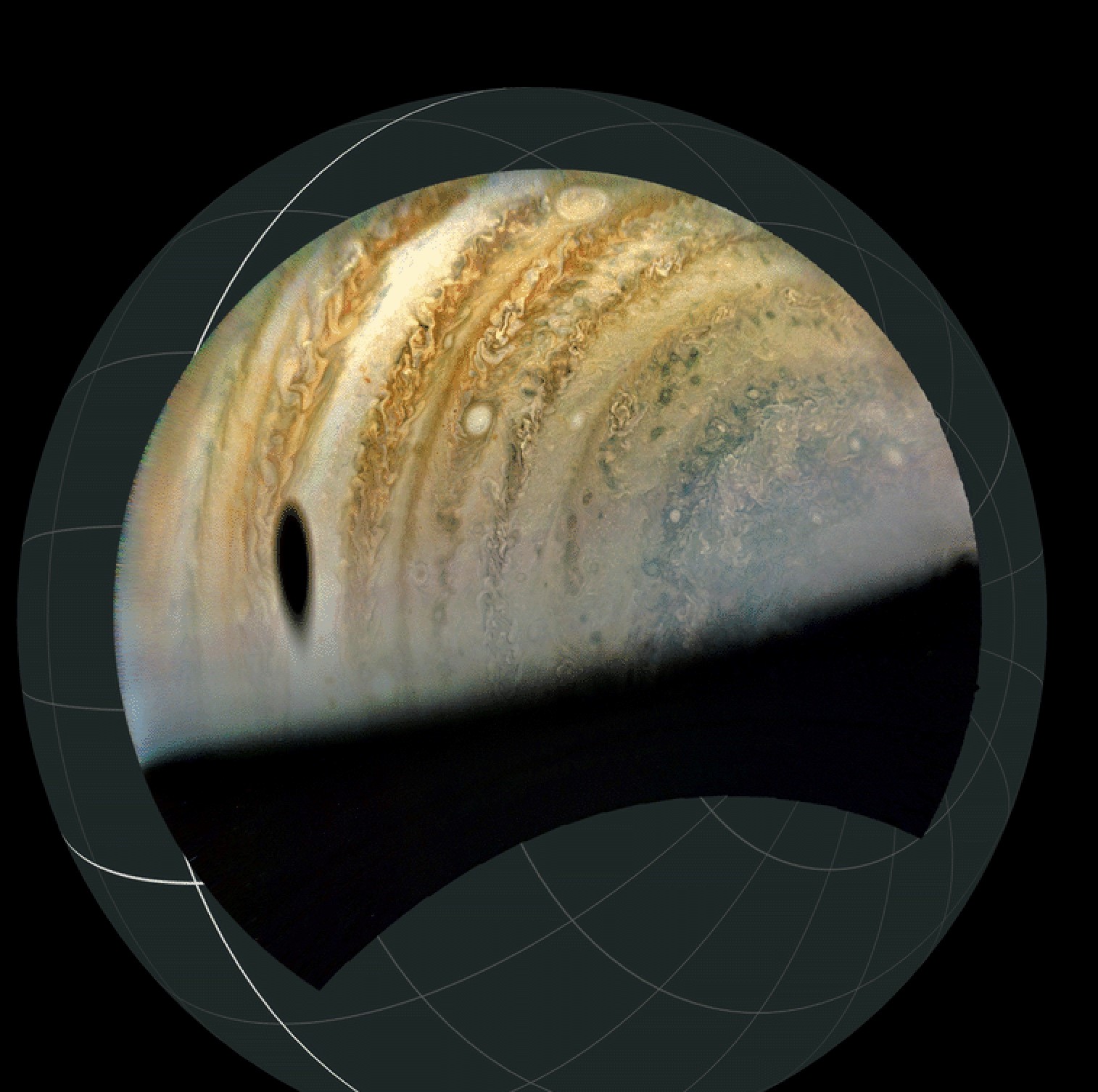 If one were to observe this phenomenon from Jupiter’s cloud tops within the oval shadow, you would experience a total eclipse of the Sun. Believe it or not, total eclipses are more common on Jupiter than here on Earth, mainly due to the former having four major moons (Galilean satellites) that often pass between the gas giant and the Sun. NASA’s Juno spacecraft would require some serious upgrades to be able to dive into Jupiter safely.