Glow-in-the-dark amphibians may be far more prevalent than once thought, according to scientists,as they suggest that the ability may help them locate each other in low light. Jennifer Lamb and Matthew Davis of St. Cloud State University in Minnesota exposed 32 species of the frogs, salamanders, newts and eels to blue or ultraviolet light, and discovered that the creatures emitted colorful patterns in a process known as “biofluorescence.” Read more for two videos and additional information.

The patterns seen ranged from simple blotches and stripes to glowing bones or full fluorescence in various hues of green, orange, and yellow. There were even some with fluorescent green skin secretions and urine. For those who don’t know, biofluorescence describes an organism that emits a glow after first absorbing light energy. It occurs through various mechanisms through the presence of fluorescent proteins in skin and bones. Multiple amphibians also have chromatophores, or pigment-containing and light-reflecting cells. 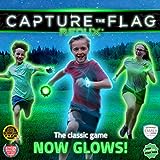 
Since many of these amphibians are nocturnal and inhabit dense forests, this glowing ability may help them find each other, as their eyes contain rod cells that are sensitive to green or blue light. This ability also creates more contrast between amphibians and their environment, allowing them to be more easily detected by others. Various species also use this as camouflage, to attract potential mates, or mimic the appearance of their predators.