Gold miners in Canada’s Yukon discovered a near complete baby woolly mammoth that has been frozen for over 30,000-years. It was found in the Klondike gold fields within Trʼondëk Hwëchʼin Traditional Territory while the miners were excavating through the permafrost. Trʼondëk Hwëchʼin Elders named the female mammoth calf Nun cho ga, which translates to “big baby animal” in the Hän language.

Previously, a partial mammoth calf was excavated during 1948 in Alaska, but Nun cha go is the first near complete and best-preserved mummified example found in North America yet. Woolly mammoth are believed to have wandered North America alongside wild horses, cave lions and giant bison, before going extinct as late as 4,000 years ago. This discovery is right up there with this 99-million-year-old dinosaur trapped in amber. 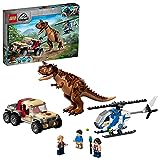 The Yukon has always been an internationally renowned leader for ice age and Beringia research. We are thrilled about this significant discovery of a mummified woolly mammoth calf: Nun cho ga. Without strong partnerships between placer miners, Trʼondëk Hwëchʼin, and the Yukon government, discoveries like this could not happen,” said Ranj Pillai, Minister of Tourism and Culture.