Photo credit: Darren Britton
If you were one of the first 2,000 people to pre-order a Google Pixel 4 in the UK, a cereal box probably showed up at your doorstep. This isn’t your typical supermarket cereal box though, as the front lists some of the smartphone’s new features, most notably the upgraded camera, complete with astrophotography functions, and Motion Sense. Apparently, you also get unlimited Google Photos storage. Read more for a video, additional pictures and information.

In addition to the thank you note inside the box reminding users that they’re eligible to receive a free HP Chromebook 14, they actually included a small bag of cereal with Google-branded marshmallows to boot. Just to recap, the Pixel 4 is powered by a Qualcomm Snapdragon 855 system-on-chip (consisting of eight Kryo 485 CPU cores, an Adreno 640 GPU and a Hexagon 690 DSP), 6GB of LPDDR4X RAM, up to 128GB of internal storage, and a 2800 mAh cell battery. 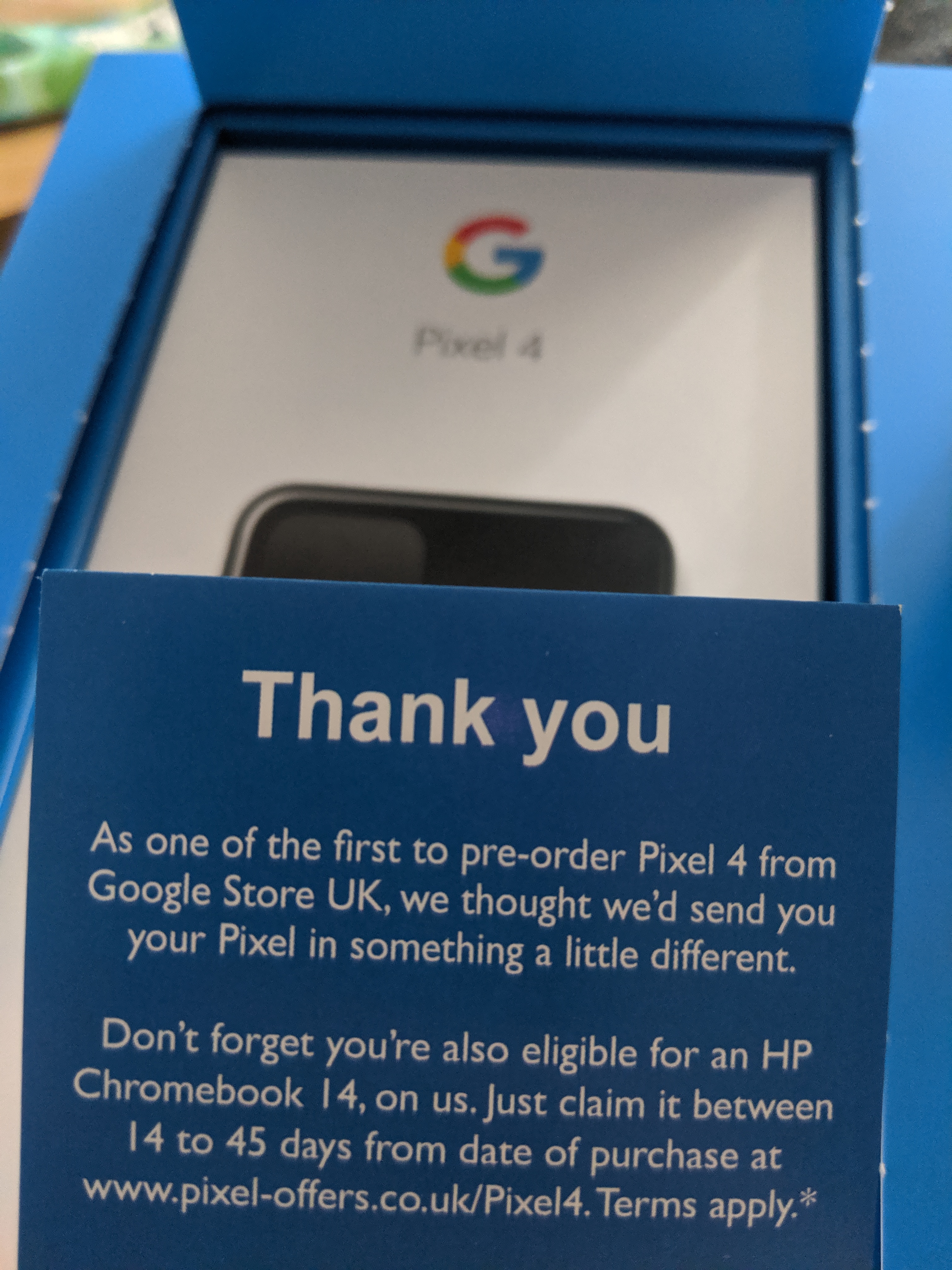 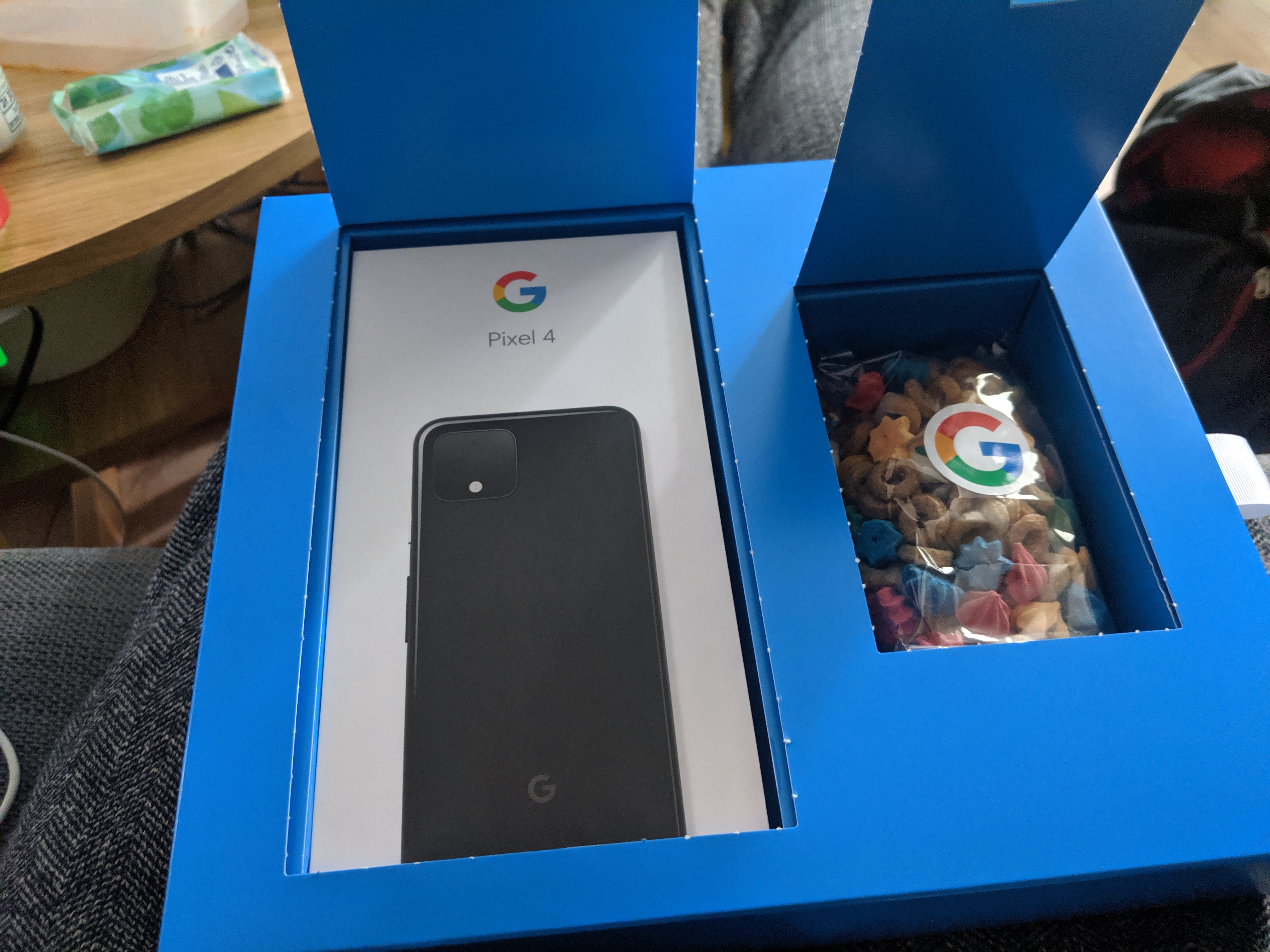 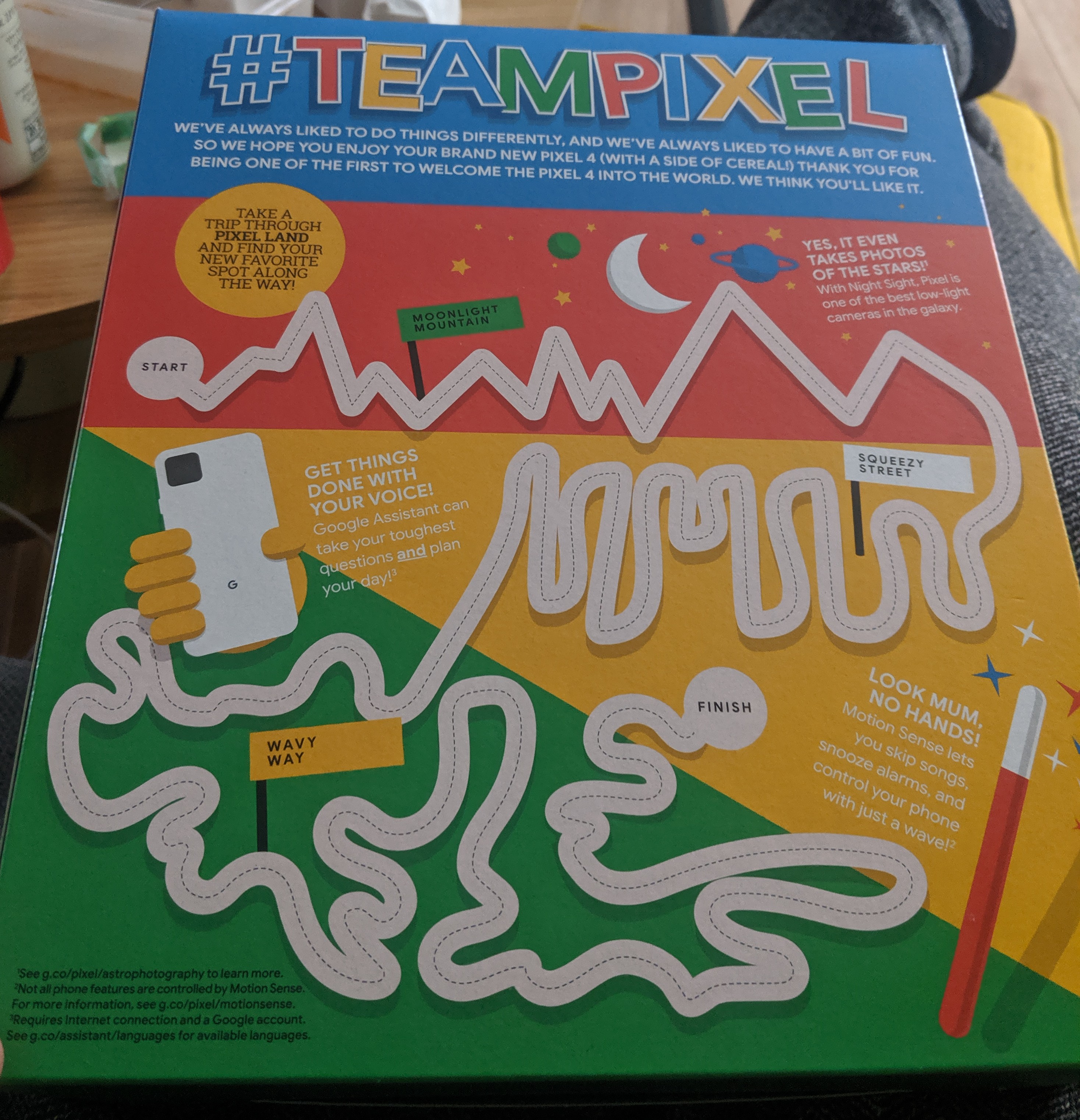 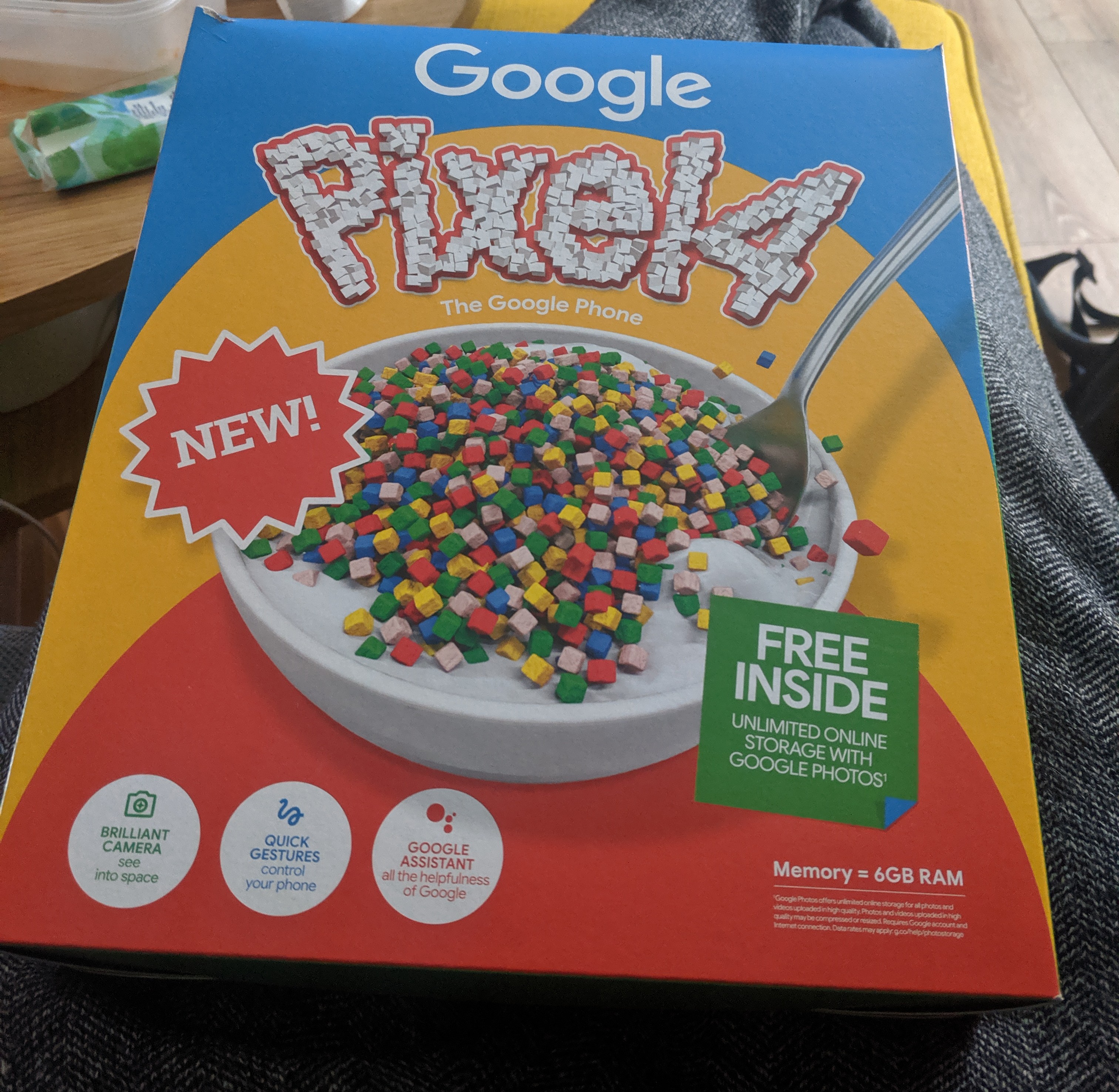 Fancy a Google #Pixel4 for breakfast? 😉

Check out how @OliWhiteTV felt about that new toy feeling → https://t.co/iCdqIlwJ5L