The Google Pixel 6 5G is a flagship smartphone that can be picked up for just $499 shipped, today only, originally $599. It’s touted as the highest rated smartphone for security, thanks to the next-gen Titan M2TM chip, which works with Tensor security core to protect your sensitive user data, PINs and passwords. Product page. 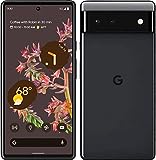 One feature not found on other flagship smartphones is Google’s Live Translate, which allows users to message with people in different languages, including English, French, German, Italian and Japanese. It functions by automatically detecting whether a message in your chat apps is different from your set language, and if so, offers you an immediate translation. This happens entirely on-device within Private Compute Core, so you don’t even need to be in an area with data coverage. This smartphone would most definitely complement the upcoming Google Pixel Watch.