Brandon Lee of This is Tech Today may have given us the first look at the upcoming Google Pixel 6 smartphone, or at least one of the of pre-production units. The base model is rumored to have a 6.4-inch FHD+ 90Hz display, Google “Tensor” Titan M2 chip, an under-display fingerprint sensor, a triple rear camera array (50MP Samsung GN1 Main + 12MP Sony IMX386 Ultra-Wide + 48MP Sony IMX586 Telephoto), a 12MP Sony IMX663 front-facing selfie camera and an all-day 4,600mAh battery. Read more for the short video and additional information.

I think this may be the first hands on video leak of a Google Pixel 6 Pro.

FYI: The logo would indicate that this is likely an early production test unit, so that means there may be some differences between what you see here and the actual production device. #teampixel pic.twitter.com/4QSvdktqA7


One reason to get the Pixel 6 Pro over the base model is for its ultra wideband (UWB) support, which could be used for tracking devices, such as Apple AirTags or Galaxy SmartTags. Other features include: Wi-Fi 6E support, a Samsung Exynos 5123 5G modem, and support for Qualcomm’s aptX as well as aptX HD Bluetooth audio codecs. 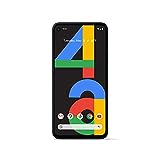