Texas-based Hennessey unveiled Project Deep Space this week, and it’s touted as the world’s first six-wheel-drive electric Hyper-GT. At $3-million USD, this grand tourer is capable of transporting four adults in pure comfort, along with plenty of storage for luggage. Thanks to its unique six-wheel drive powertrain, the vehicle boasts a 50 percent increase in surface contact over traditional four-wheeled vehicles. Read more for a video and additional information.

Step inside its futuristic gullwing doors, and you’ll be greeted with diamond-shaped seating positions. The driver is centrally located, allowing two passengers to sit on either side and slightly back from them. The fourth passenger is then directly positioned behind the driver, resulting in the world’s first VVIP (Very Very Important Person) lie-flat automotive seat. Unfortunately, the production model won’t be ready until 2026. 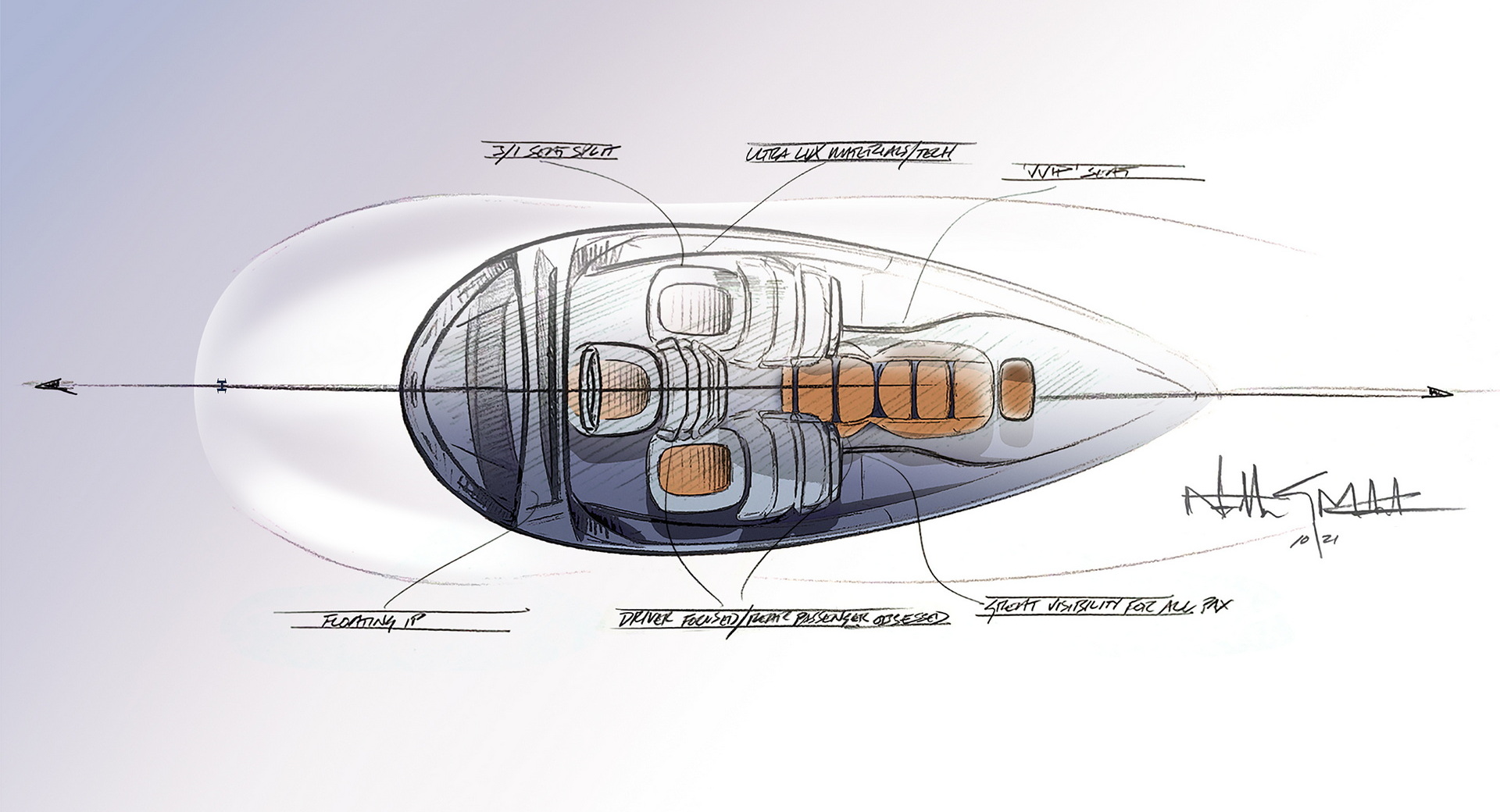 Hennessey has spent more than 30 years building some of the fastest and most exciting vehicles in the world. This mantra will continue for our next 30 years by introducing the world’s first fully electrified, six-wheel-drive hyper GT. We believe that ‘Deep Space’, with six electric motors combined with six driven wheels, could be the world’s quickest accelerating four-seater from zero to 200 mph!,” said John Hennessey, company CEO & founder.

Fascinating look at Baljenac, the Uninhabited “Fingerprint Island” Located Off the Coast of Croatia