Opal is basically a hydrated amorphous form of silica; its water content may range from 3 to 21% by weight, but is usually between 6 and 10%. Because of its amorphous character, it is classed as a mineraloid, unlike the other crystalline forms of silica, which are classed as minerals. It is deposited at a relatively low temperature and may occur in the fissures of almost any kind of rock, being most commonly found with limonite, sandstone, rhyolite, marl, and basalt. Opal is the national gemstone of Australia. Continue reading for five more pictures. 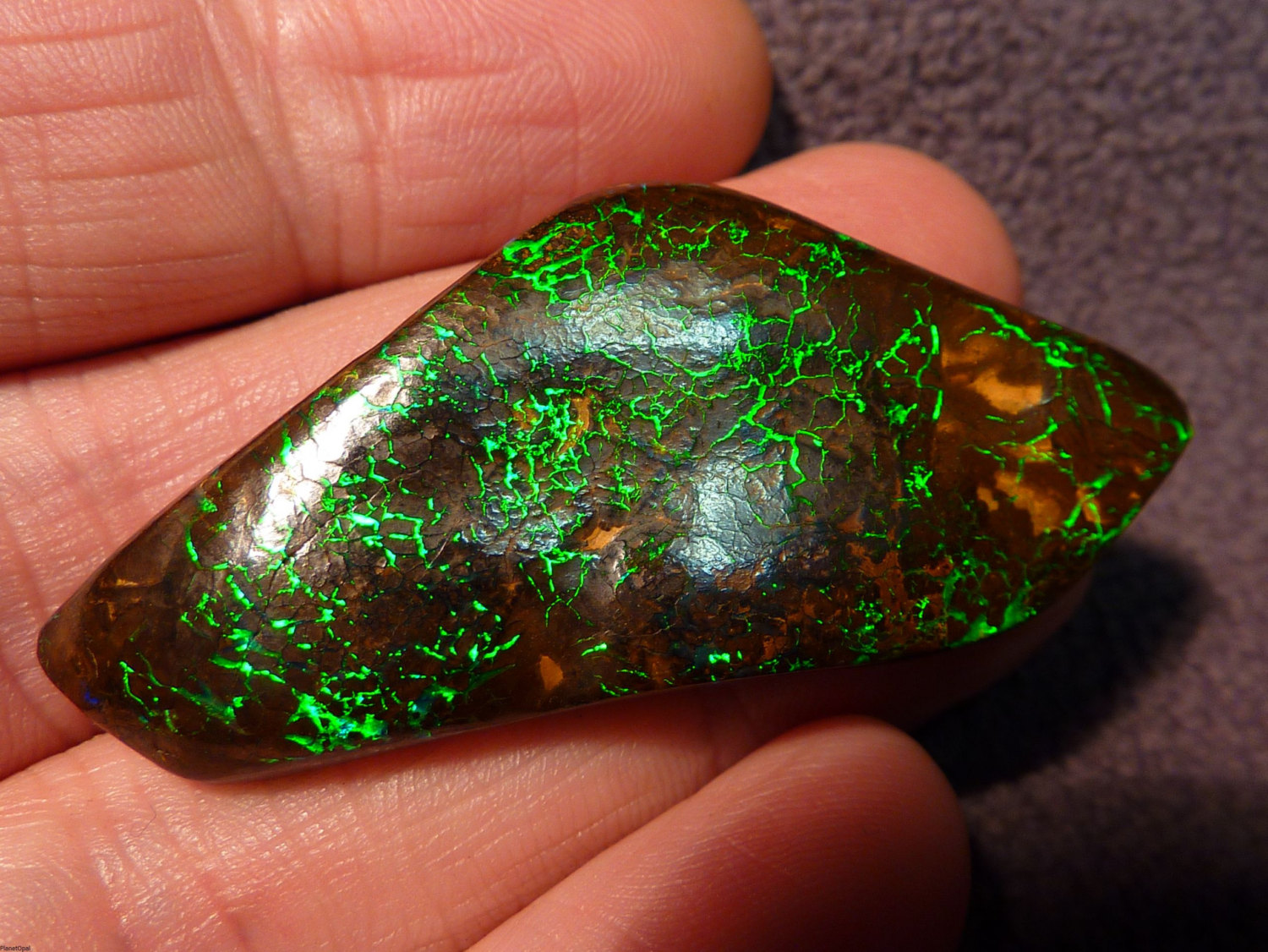 The internal structure of precious opal makes it diffract light; depending on the conditions in which it formed, it can take on many colors. Precious opal ranges from clear through white, gray, red, orange, yellow, green, blue, magenta, rose, pink, slate, olive, brown, and black. 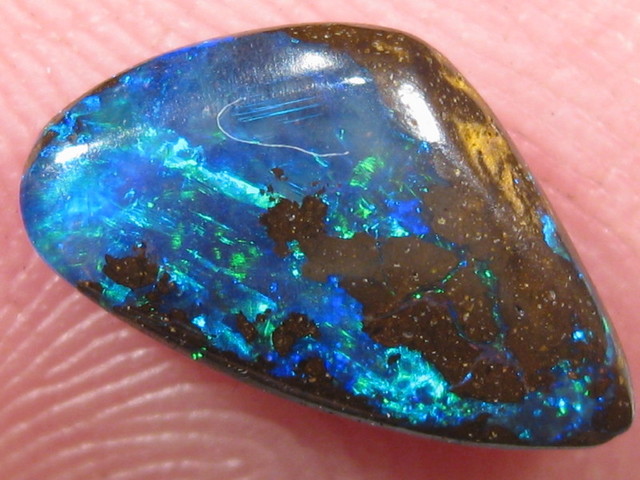 Precious opal shows a variable interplay of internal colors, and though it is a mineraloid, it has an internal structure. At microscopic scales, precious opal is composed of silica spheres some 150 to 300 nm in diameter in a hexagonal or cubic close-packed lattice. It was shown by J. V. Sanders in the mid-1960s, that these ordered silica spheres produce the internal colors by causing the interference and diffraction of light passing through the microstructure of the opal. 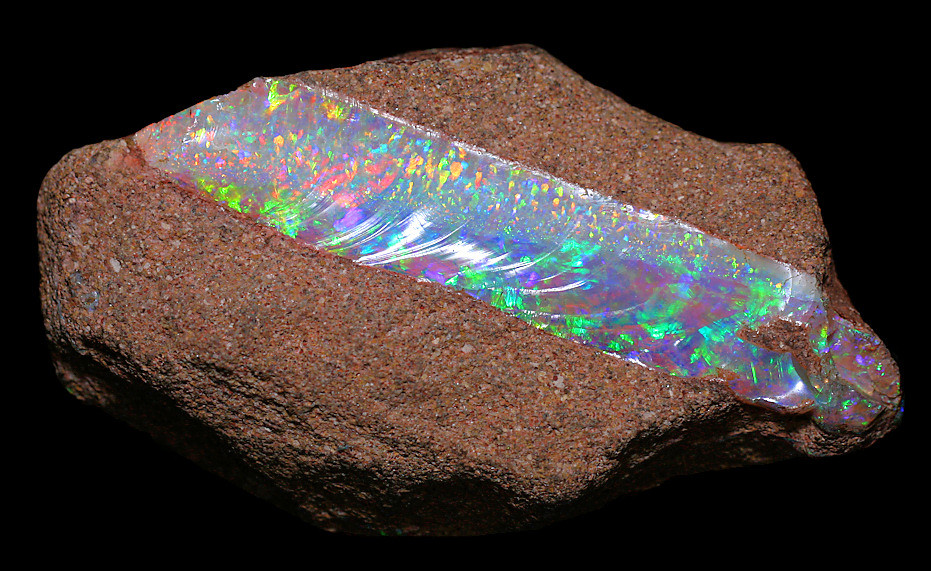 Visible light of diffracted wavelengths cannot pass through large thicknesses of the opal. This is the basis of the optical band gap in a photonic crystal. The notion that opals are photonic crystals for visible light was expressed in 1995 by Vasily Astratov’s group. In addition, microfractures may be filled with secondary silica and form thin lamellae inside the opal during solidification. 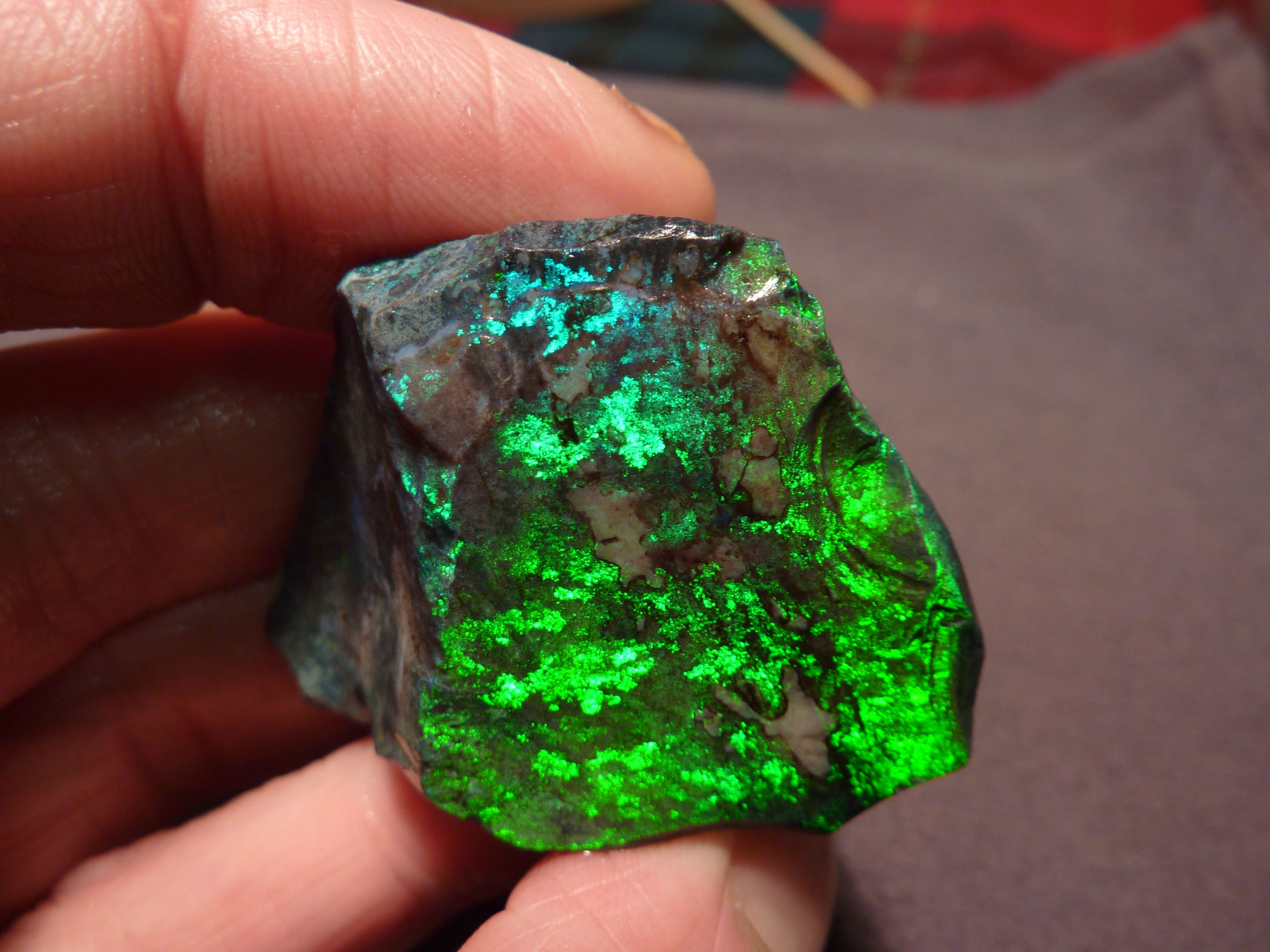 Besides the gemstone varieties that show a play of color, the other kinds of common opal include the milk opal, milky bluish to greenish; resin opal, which is honey-yellow with a resinous luster; wood opal, which is caused by the replacement of the organic material in wood with opal; menilite, which is brown or grey; hyalite, a colorless glass-clear opal sometimes called Muller’s glass; geyserite, also called siliceous sinter, deposited around hot springs or geysers; and diatomite or diatomaceous earth, the accumulations of diatom shells or tests. 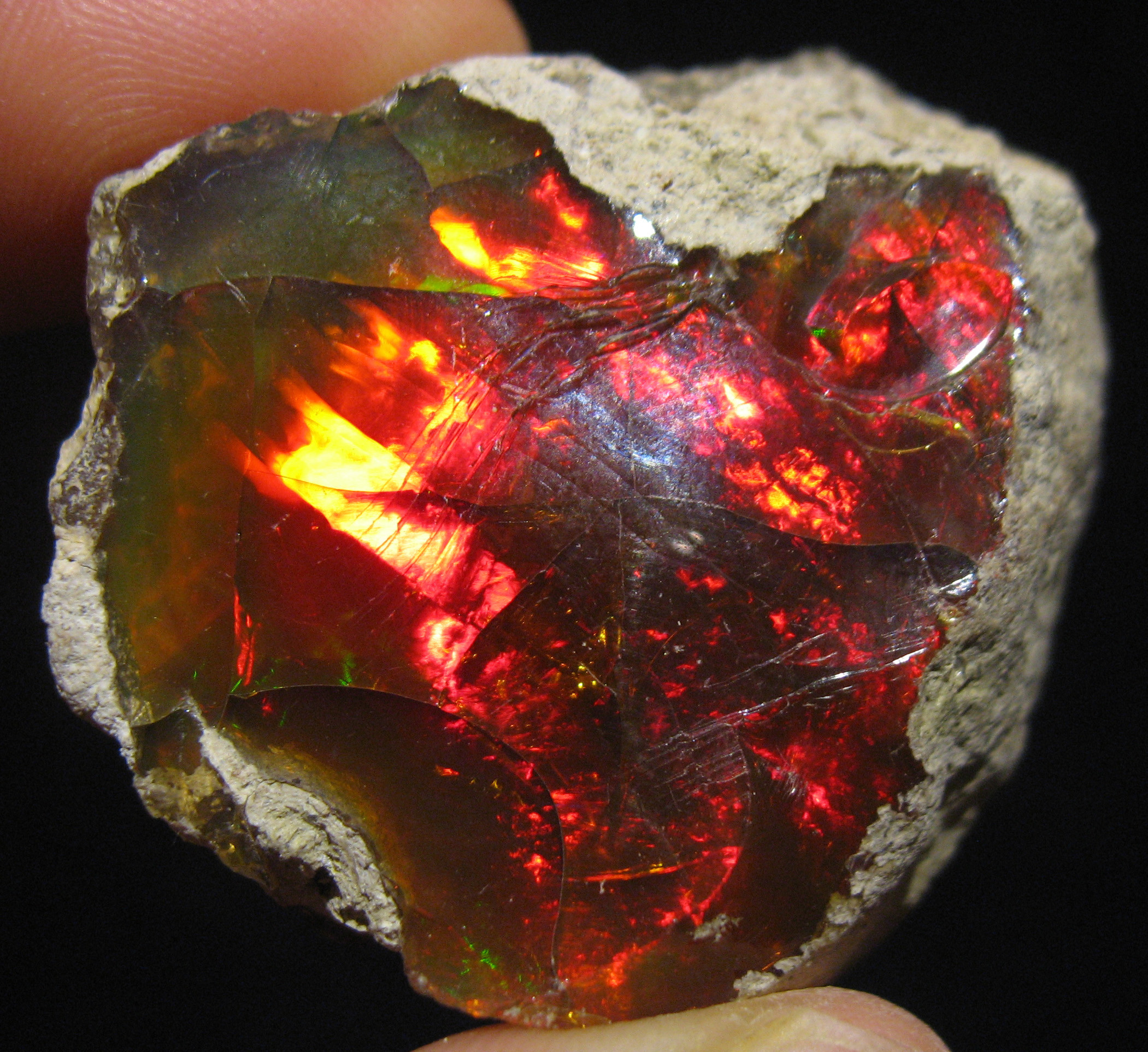 Fire opal is a transparent to translucent opal, with warm body colors of yellow to orange to red. Although it does not usually show any play of color, occasionally a stone will exhibit bright green flashes. The most famous source of fire opals is the state of Queretaro in Mexico; these opals are commonly called Mexican fire opals. Fire opals that do not show play of color are sometimes referred to as jelly opals. Mexican opals are sometimes cut in their ryholitic host material if it is hard enough to allow cutting and polishing. This type of Mexican opal is referred to as a Cantera opal. Also, a type of opal from Mexico, referred to as Mexican water opal, is a colorless opal which exhibits either a bluish or golden internal sheen.

Sweatproof Mpow Cheetah Wireless Bluetooth 4.1 Headphones are Perfect for the Gym, Pick up a Pair for Under $10 – Today Only