Russia-based industrial designer Andrew Fabishevskiy came up with a two-wheeled lunar rover in 2020, or motorcycle if you will, and now, Hookie Co. has made it a reality. It’s based around an all-electric CAKE (Swedish electric bike company) drivetrain, was built in Dresden, Germany, and can be seen at the Petersen Museum in Los Angeles through March, 2022. Making the actual bike took 9-months from start to finish, with backing from Puraglobe Syntainics. Read more for a video, additional pictures and information.

The chassis consists of a main frame and an exoskeleton that is mounted above it. The former was built first and fully encased in DuPont Kevlar, containing all of the vital components, like CAKE’s complete electric drive as well as Hookie’s self-developed radial damper units. Its wheels measure just under 24-inches in diameter and have a width of 7-inches. The star-shaped spoke design based on a CAKE wheel hub, 6-spoke parts, a rim barrel and two aluminum rim lips, making them extremely light, yet strong. Tardigrade’s self-supporting exoskeleton frame, made of stainless steel tubing, has only 7 mounting points, all of which connect the skeleton to the main frame and allow quick access to the vital systems in case of emergency repair when on the Moon. 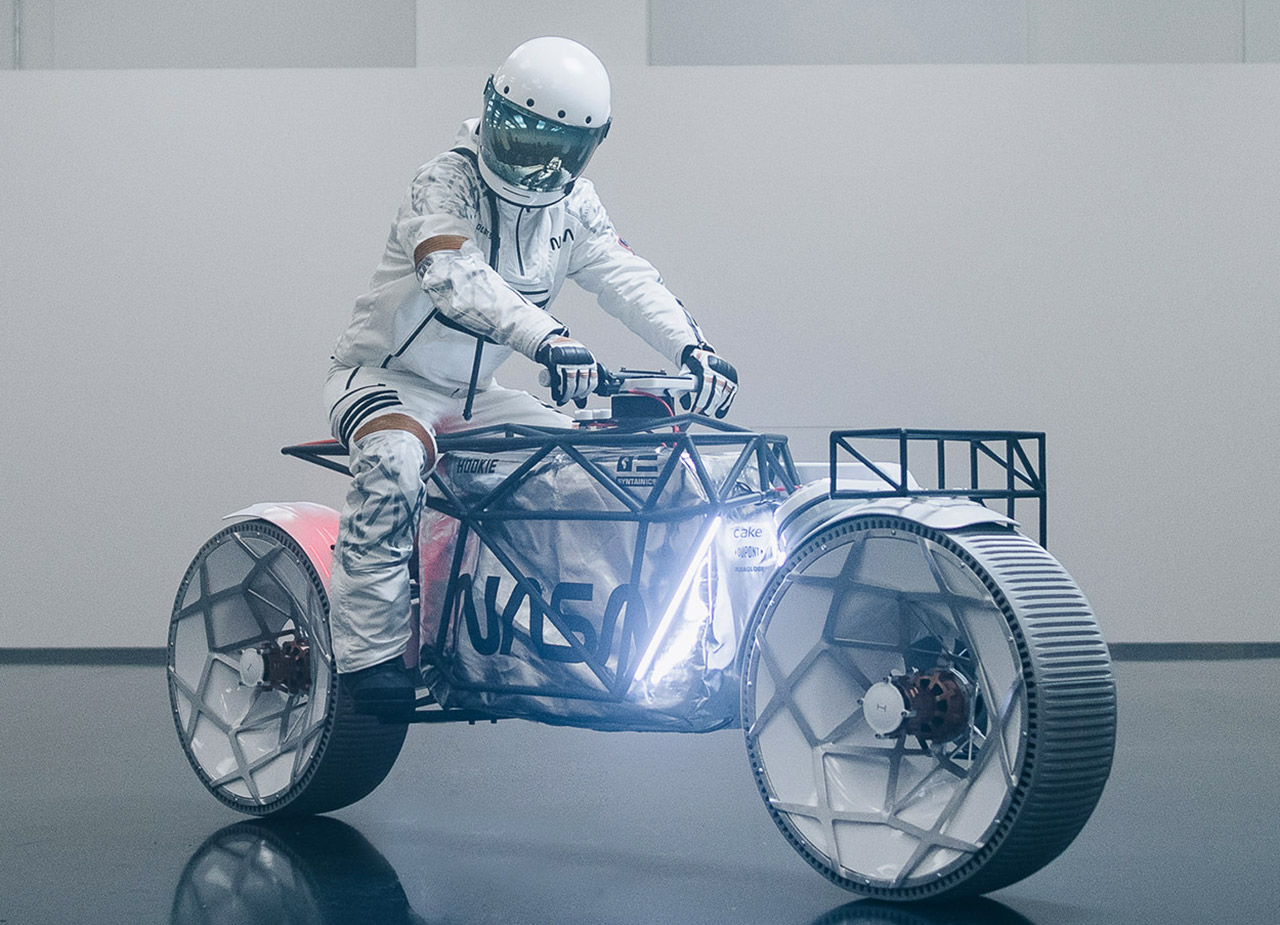 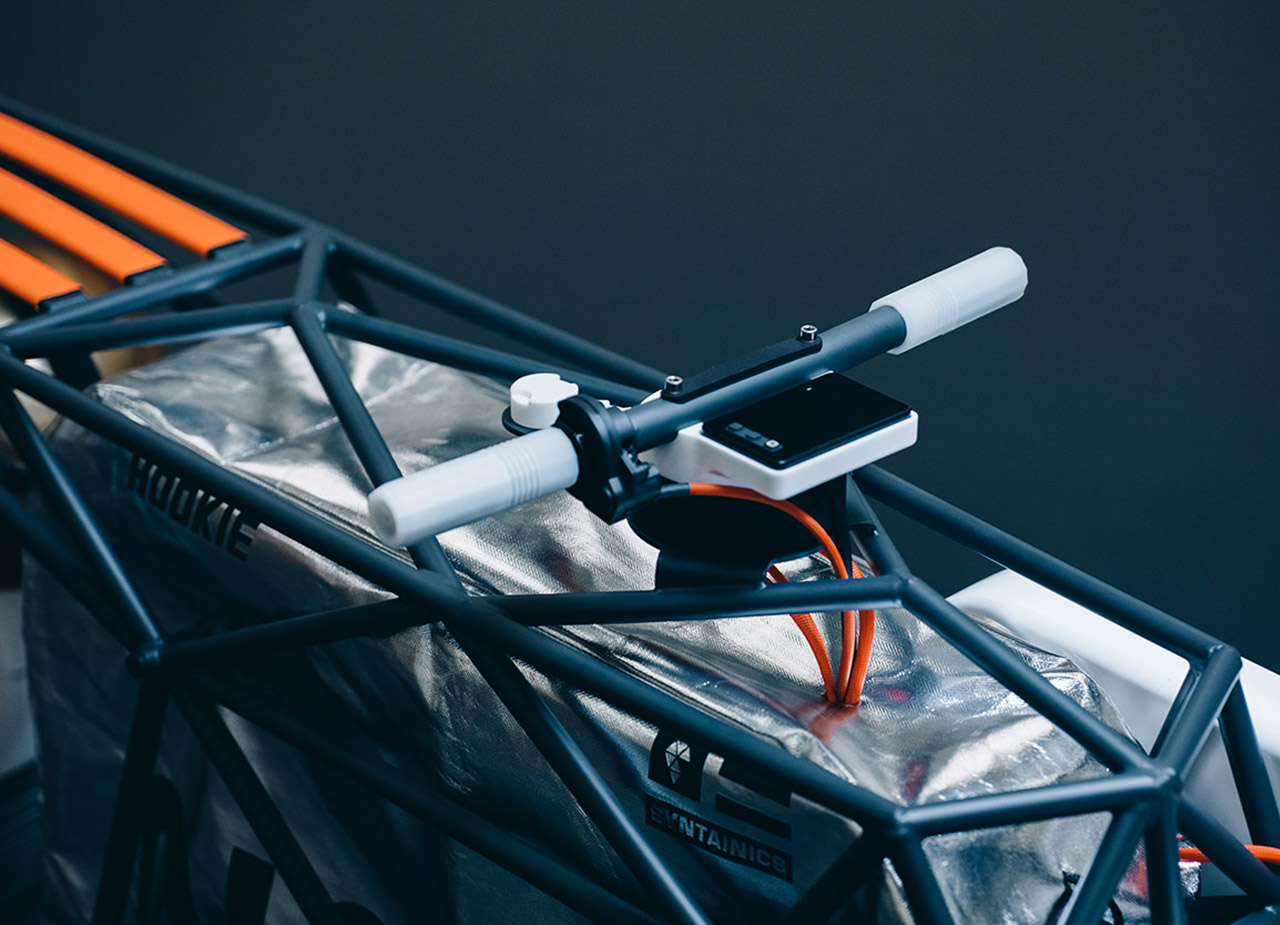 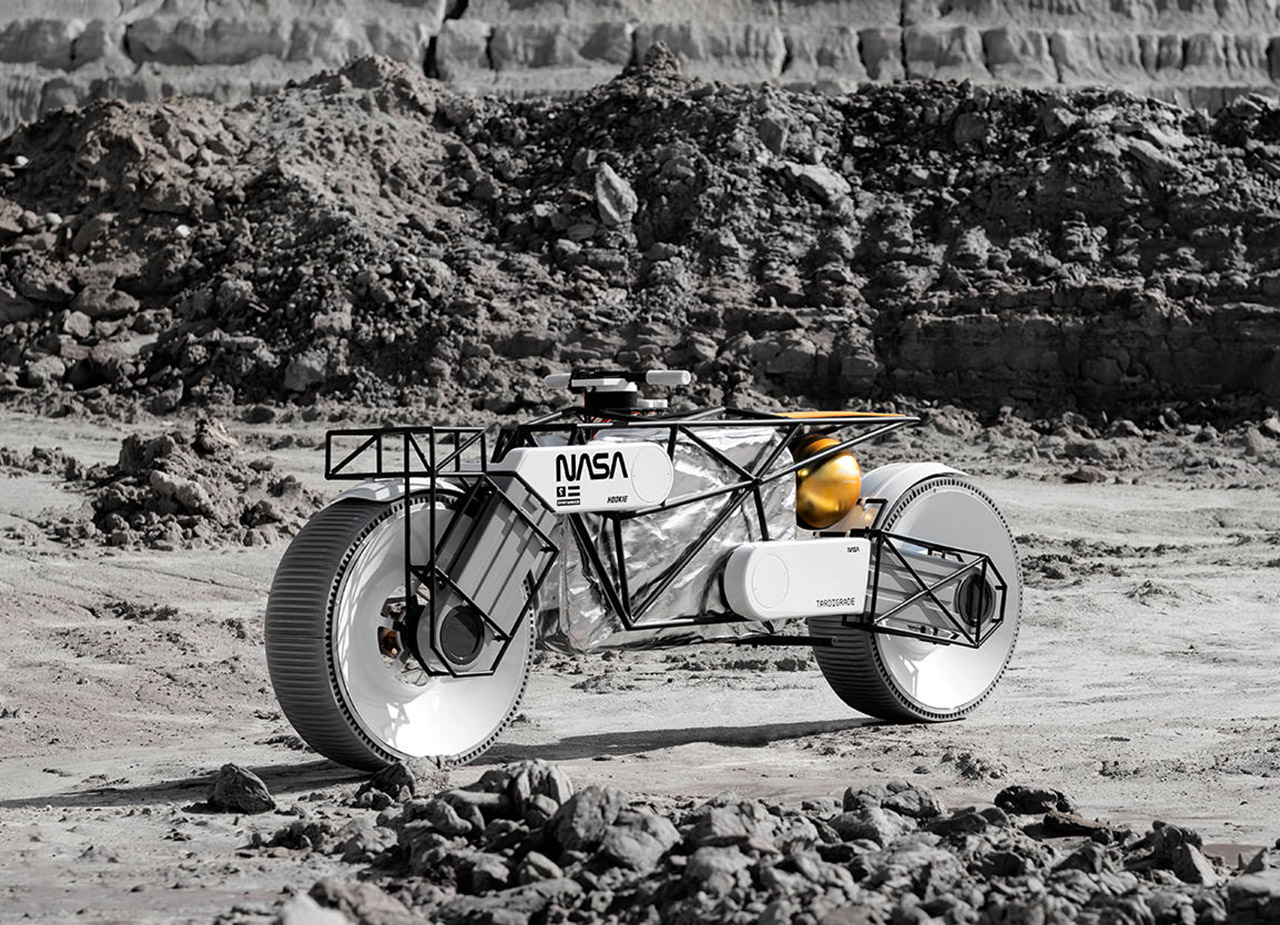 As is well known, there are no limits to the imagination. Not ours anyway. Because at Hookie, we have always played with standards, habits and conventions. In 2021 we want to push the boundaries of what is possible even further. Of to new horizons, Hookie is reaching for the stars!,” said the company.