Australia-based amateur photographer Dylan O’Donnell managed to capture this stuning photograph of the International Space Station flying across the face of the moon – the ISS silhouette can be seen in the upper right hand corner. You may think a high-powered telescope is all you need, but capturing this photograph takes lots of patience to say the least, as the ISS zooms by in a blink of an eye, 0.33-seconds to be exact. Continue reading for a video of when it happened back in December, along with an up-close version of this image. 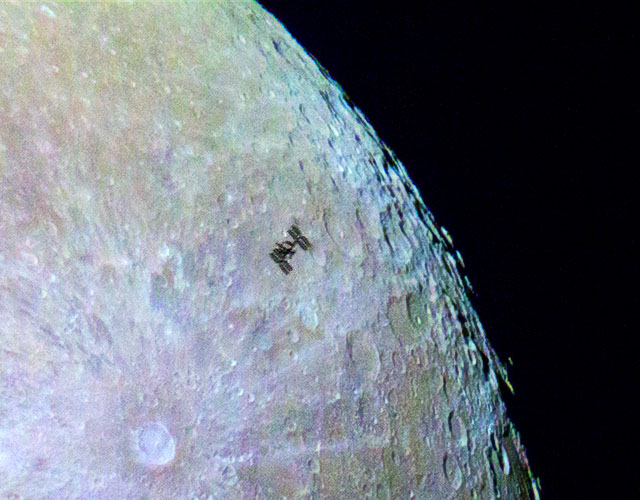 “The ISS only passed over the moon for 0.33 seconds as it shoots by quite quickly. Since he knew the exact second the ISS would pass, O’Donnell fired off a bust of exposures at that moment with his Canon 70D and Celestron 9.25-inch telescope (the equivalent of a 2300mm f/10 lens in 35mm terms). The shutter speed was 1/1650s and the ISO was 800,” says Peta Pixel.